Demand for a New World in the New Year

On the road today, we encountered a rally on Central Avenue. It was in the vacant lot next to the Islamic Cultural Center Minneapolis. I think that it was a part ofthe protest worldwide against Israeli attacks on Gaza that began on December 30 and we will continue throughout this week. 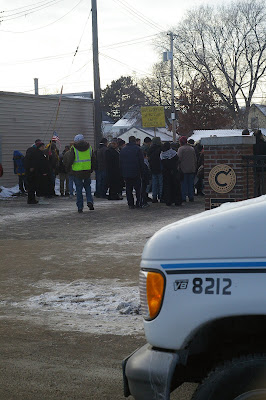 We had passed the woman with the stop sign walking down the street. After a quick stop at the library, we drove past the lot again and it was full of people. 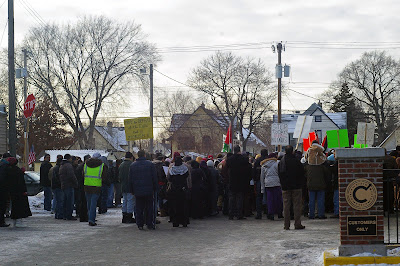 The cold didn't stop this community. The temperature was only about 10 degrees above zero. They were blessed with little wind. 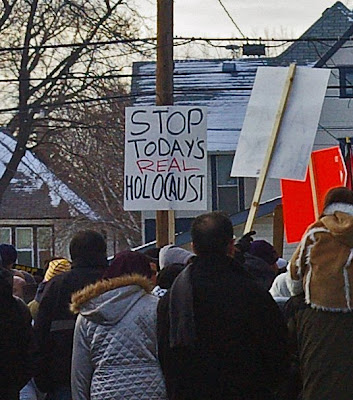 There were several police vehicles directing traffic away from the lane next to the sidewalk. 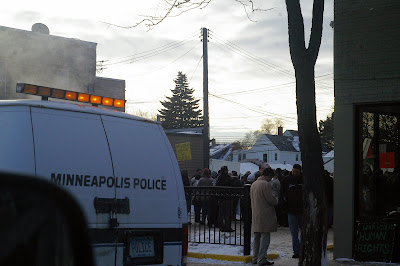 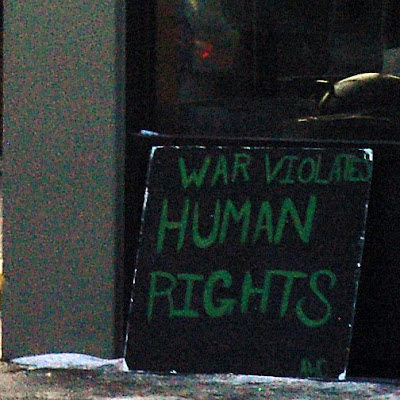 Such a simple truth yet so difficult for governments to understand.

Central Avenue is so full of activity. For me, this is one of the neighborhoods where the city thrives. The area is revitalized by locally owned businesses, and many of these businesses reflect the rich cultural diversity of NE Minneapolis. The drive through the frozen city led us on a trail energized by hope and promise of the new year.