We ran into a large flock of turkeys on our venture into the woods. I hadn't expected to see so many. I've heard of people living out in remote areas having difficulty driving out because the turkeys won't budge from their take-over of the road. 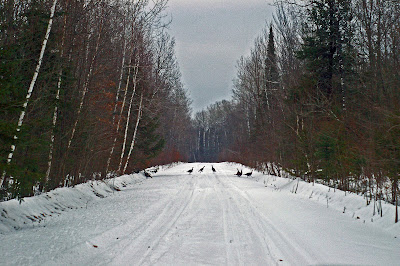 When we encounter turkeys, they flee. 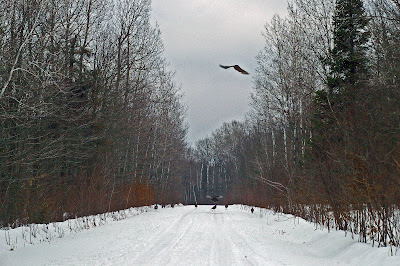 And, they probably should when I come around. For some unexplained reason, I have a fascination with wild turkeys. I'm not a fan of the Thanksgiving turkey feast, but for some reason, every time I see wild turkeys I get hungry. I daydream about ways to trap and pluck a wild turkey for our Thanksgiving meal. I've never had feelings like this before. I don't feel a need to hunt, I release every dang fish I catch, but when it comes to wild turkey, I feel oddly that I want to eat one. That is just a daydream, catching one is way beyond my abilities! 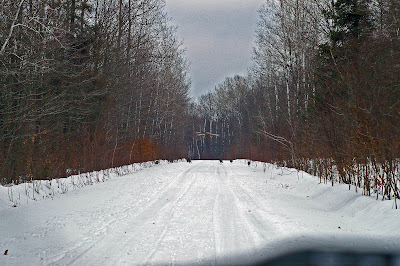 We expected the turkeys to take off, to scatter in the woods. We did not expect to be chasing them down the road. 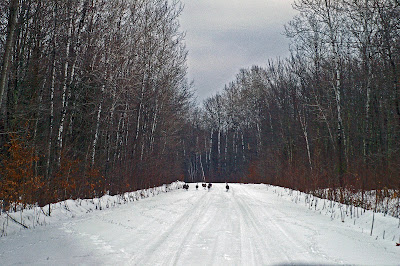 It's hilarious watching a herd of turkeys running down the road. They bounce up and down and forward, keeping to the road like some wilderness running track. 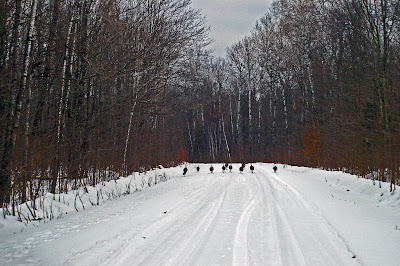 The sound of the Jeep can heard from miles away, I'm sure. Eventually these turkeys decided it was too much and took flight. 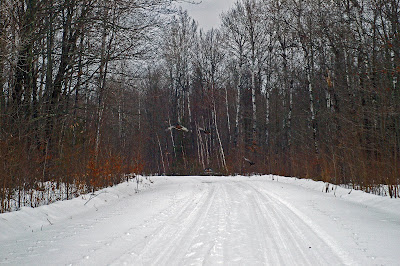 We continued down this road, saying goodbye to the turkeys, but too soon, because as we rounded the corners, we found them again. 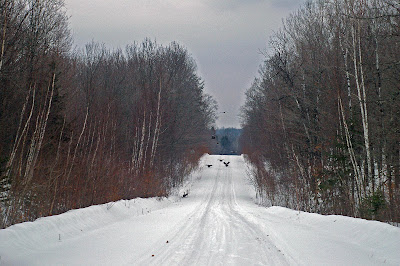 This lasted a little while with us driving along, the turkeys repeatedly flying off and then landing further down the road. 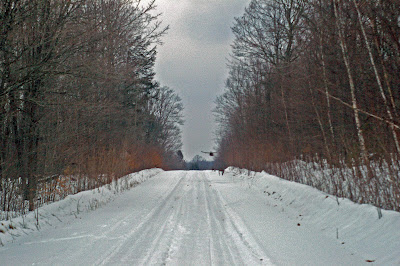 Eventually, they tired of the chase and scattered into the woods. 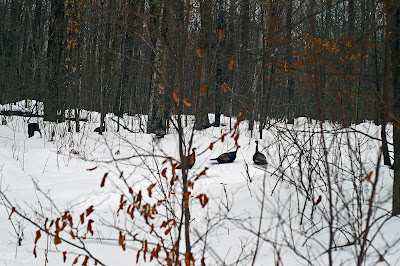 Look how yummy they look! Beautiful, too! 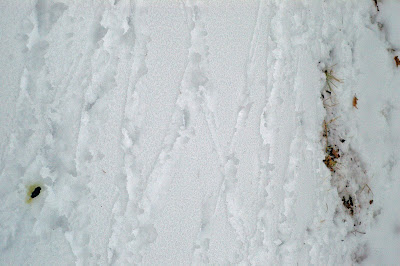 The tracks were a crazy pattern of thin lines. It was such a delightful encounter on the path today. Made me hungry, yes, but these flocks of turkeys do also strike me as the comical figures in the woods.

Have you ever encountered wild turkeys at night? They can be quite frightening if you have no idea that they are out and about. They fly up towards the tops of the trees and crash through the branches. They are large and the commotion they create is unnerving in the dark of the woods. I can remember several nights of wildly pointing the flashlight up into the trees, praying that it isn't a treed bear.

Who knew that turkeys roosted in the trees at night? Their bodies seem too clumsy and bulky to get into a tree. Surprising and comical, I love them wild turkeys!

Labels: into the woods off the grid winter wisconsin