This would be the second largest full moon in 2009. Last night I managed to catch a glimpse of the moon before the clouds took over and dampened the bright light. 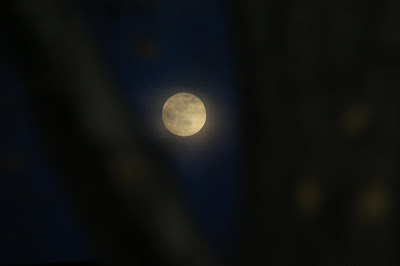 For this night, I did manage to get a remote shutter, something I was sorely lacking in last month's attempt to shoot the moon. Therefore, I was able to capture some of the details on the moon's surface.

Unfortunately, I encountered another problem, just another challenge in learning new aspects of a digital camera. I had inadvertently switched the focus from manual to auto. So, I managed to get one shot, but then all the others would shift the focus to the framing tree as I tried to click the shutter... 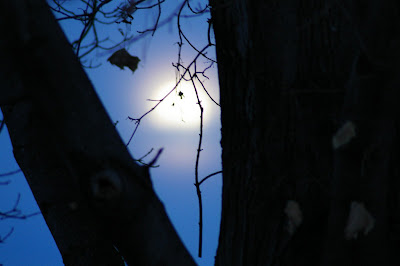 Although the shot wasn't what I originally wanted, there is a lovely shade of blue.

Labels: the path of the moon