We had to leave the city this last weekend. We were having the roof re-shingled on our house and there was a lot of banging and power stapling. They had to add three vents to our roof so there was even some sawing and cutting. Our poor cats are really getting sick and tired of all the work we are having done to our home. We, however, were able to get away to our Airstream retreat. 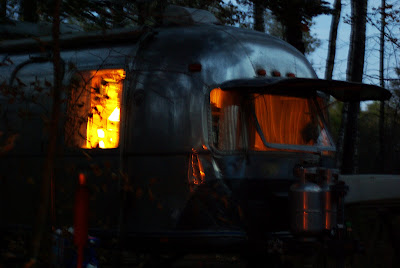 OK. Alright. I'll admit it. I was too lazy (and cold) to walk away from the fire to get my tripod. So, the picture is a little shaky. Also, I want to try out the shake reduction feature on the camera. Not bad though, I must say, for shooting a shot of the Airstream trailer after the sun had gone down.

It'd been a while since we spent any significant time at our Airstream retreat. The mice moved in and made quite a home for themselves. They like to set up in the stove and poo all over the place, in the drawers and cupboards. Needless to say, the first few hours were spent thoroughly cleaning out the joint. Most of our stuff is stored in air-tight plastic containers which is a necessity if you've got a trailer parked in the woods and yet, the mice find plenty of space to mess up. When we bought the trailer, we had been warned of this from the previous owners and I was mortified, but it is what it is and we gotta deal with it. When we used to retreat more frequently, like every single weekend, the mess didn't get so bad. But, we hadn't been there in over a month and only visited a few times this summer. The place needed to be cleaned, so we cleaned like crazy.

We had the furnace fixed in September, which was an experience that requires a whole post of it's own! But good thing that we did fix it because it was cold this weekend. Nighttime temps were in the thirties. We were all snug and warm in our trailer and so was little mousey who we saw running around when we finally came in for the evening. We were thinking that next time we should bring one of our cats to visit. That might deter the mice from coming into the trailer. 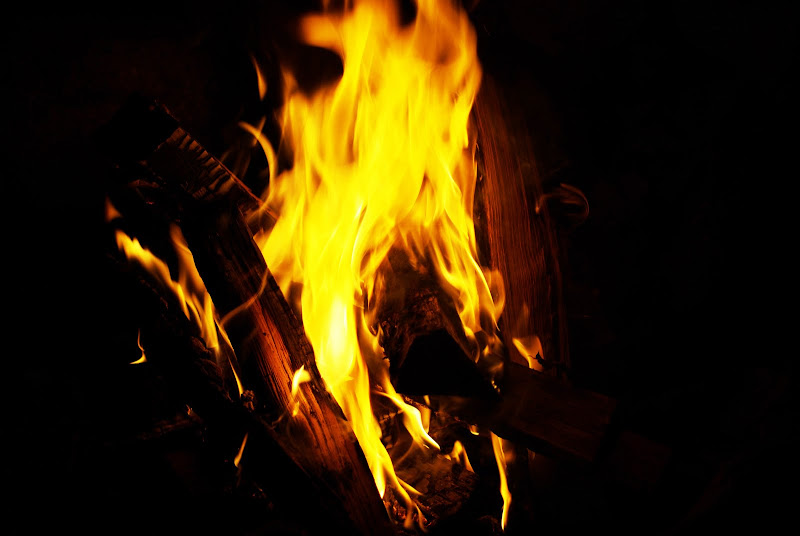 We had some pieces of oak so the fire was wonderfully warm in the chilly Autumn night. The flames are so mesmerizing and I have been very pleased with the photos of the fire that I have taken over the years. Here are a couple more shots of the fire. 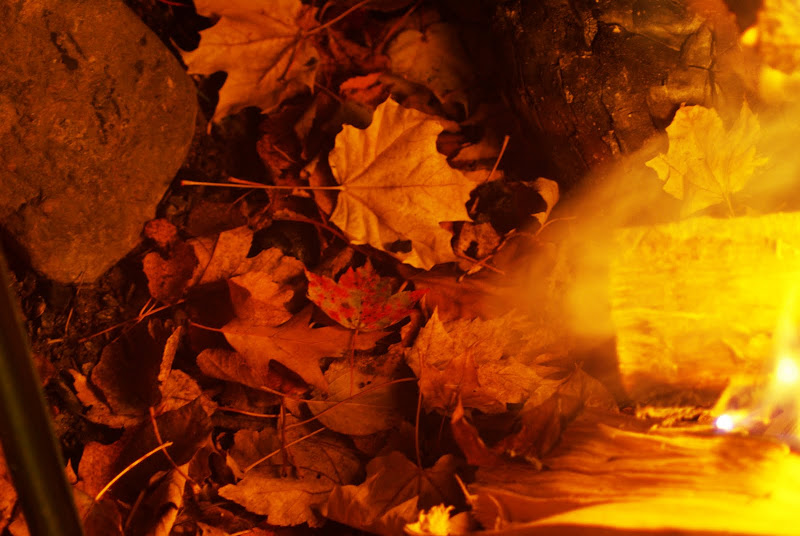 There have been some years where the leaves were a wide range of vibrant colors. A riot of reds and yellows. This year the conditions were not right for this; bright colors require warm days and cool nights. We've had just cold, cold, and some more cold. There were even some days with snow. So the colors were mostly brown and yellow. There were some red but that was speckled with brown.

When the temperature drops it helps to be strategic about cooking. While summer months are filled with outdoor cooking over the fire, winter cooking is mostly done in the trailer. I try to find recipes that require the use of the tiny trailer oven. Tiny it may be but it sure helps in heating the trailer. A pizza is quick and easy to whip up especially when I want to spend most of my time sitting by the fire. 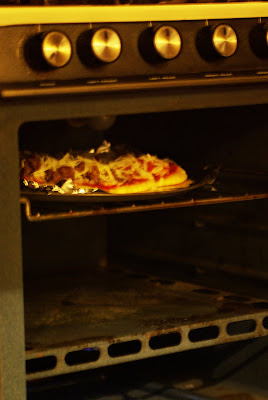 I've found that things tend to burn less if I put them on the top rack of the oven. 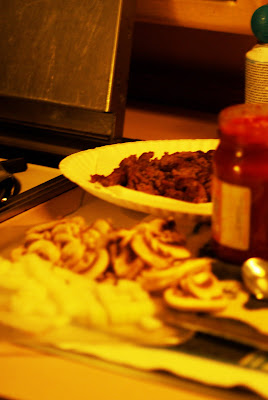 It was a great night at the trailer. It's close enough that we can go for just one night. Yet, far enough away that we feel like we've gotten away from it all. And this weekend, getting away from it all was getting away from all the banging and pounding of roof work!
Labels: 28 Days Airstream Trailer Life fall garden into the woods off the grid trailer cooking weekend fire wisconsin