We've been told that the town near our Airstream retreat is like a ghost town compared to just 10 years ago. Despite being the county seat, the town is quiet. Wa*lmart just moved into the area so a couple more businesses are gone. The year we moved out there, the area was hit with a tornado so many of the tall, old trees were taken off the main street. The community college closed down. The mine closed about seven years ago and that's when the downhill slide started on a slippery slope to oblivion. There are a few farms left and there is a wonderful river that runs through the town. Parts of the river are damned up so there is a deep reservoir lake on one end. The advantage to us is the the quiet. The lake and river are hardly ever busy, except for maybe some holiday weekends, but those are the weekends we usually stay in the city.

I believe there used to be a lot of logging in the area. Now the woods and forests near the river are managed by the state and logged based on a sustainable plan. Trains still pass through and at some places, there are huge stacks of cut logs awaiting transport. 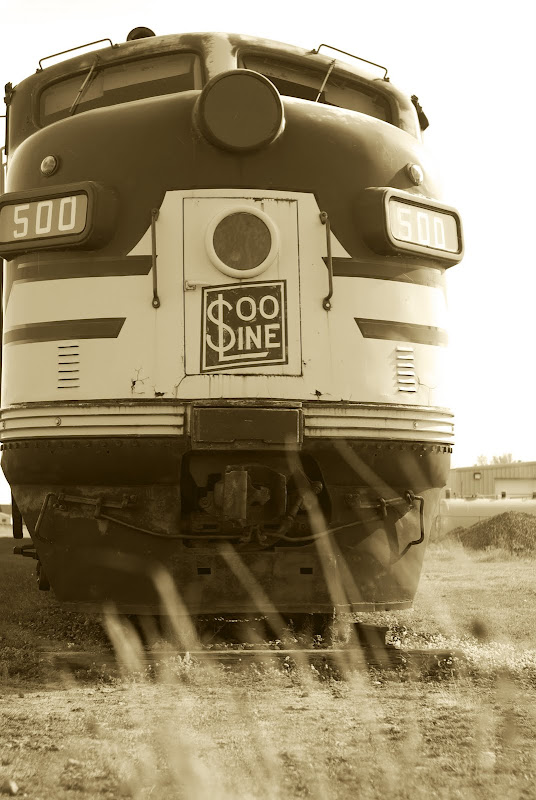 I find it interesting to think that the train system was one of the first official, national grids. Having a train pass through a town brought along the postal grid and eventually, the electricity grid. Cellphone service just came to the area this summer. We now have cellphone access on our land, something we've lived without since moving into the area in 2004. I'm not sure how I feel about this development. 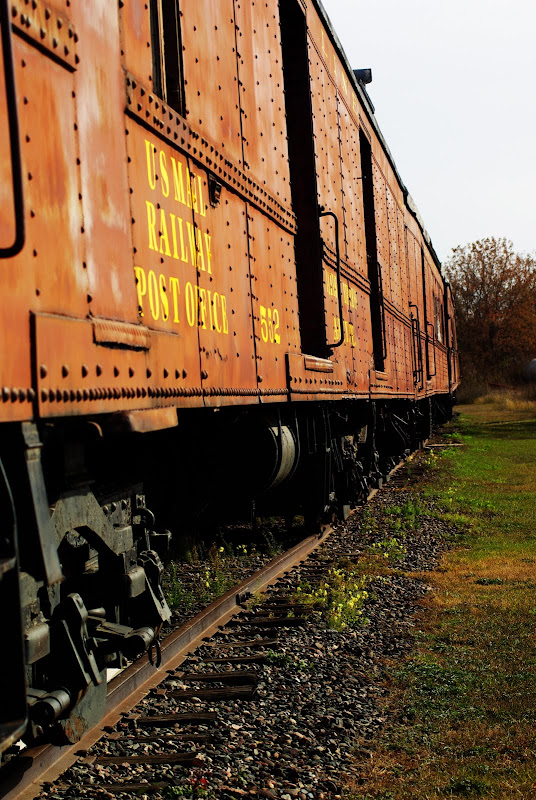 This train that I photographed was acquired by the town in 1980s. It ran through the area in the 1960s. It sits at the visitor information center which is designed like a train stop. We can view all this while eating at the local restaurant. I think about the images I want to take as I munch on eggs and bacon. 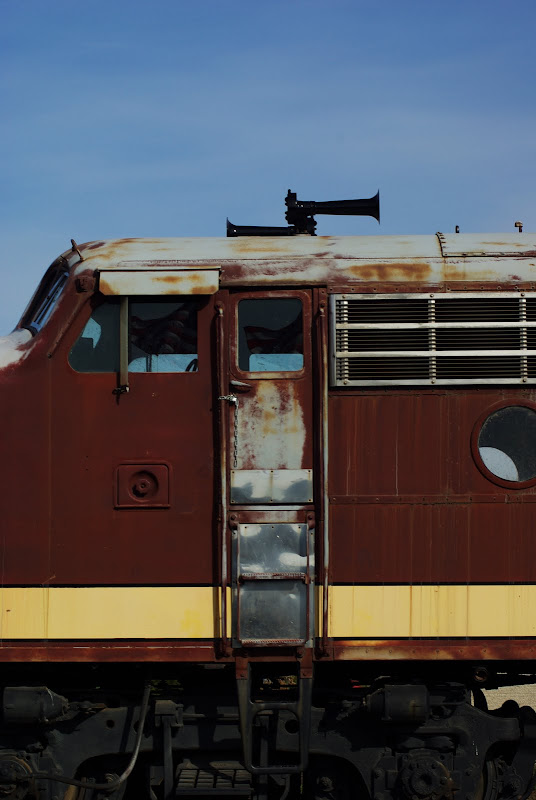 Note the American flag reflected in the windows. It was the perfect time of day to capture that image and it is fitting, I think. Makes me feel nostalgic. So many things that helped build this country are fading away, including this town. Certainly the main businesses such as the copper mine and the logging industry can't be remembered without a certain level of criticism. Now, these are failing industries and along with their fail rests the future of this town. 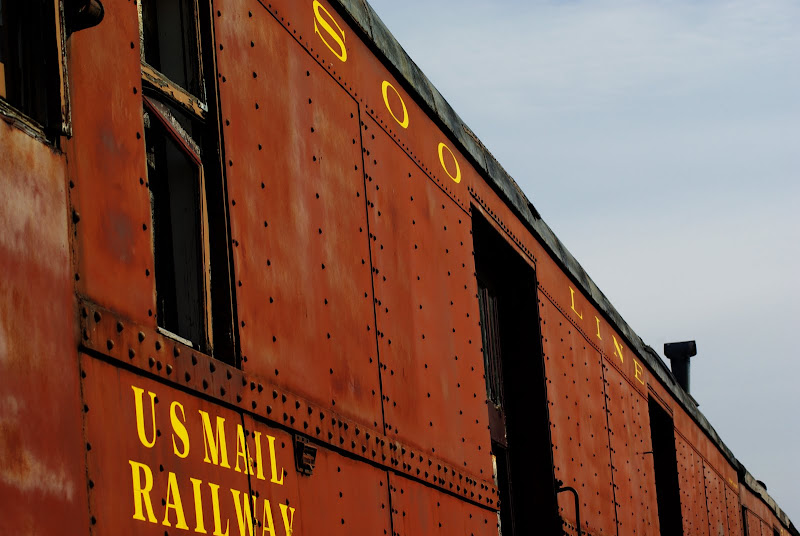 We ended up in the area because my father-in-law bought the land some twenty-five years ago. There were plans for building a large recreational community with a marina, golf course, horse stables, etc. That builder declared bankruptcy and the plots of land were sold off really cheap ($200/lot). A bunch of Minneapolis cops bought land here at the time. My father-in-law never did anything with the land and gave it to us when he realized how much time we spent camping. We searched and found a bargain classic Airstream and set up our retreat. We had a road and electricity put in, but no water which we bring in with us from the city. We started with two lots but have been lucky to buy three more adjacent to the land. We try to buy whatever supplies we need in town. We bought our DVD player there in an effort to support the local economy. It's a small effort, I know. It's heartbreaking watching this town die down.
Labels: Airstream Trailer Life on the grid wisconsin