The City at Night

Down by the Mississippi River is such a beautiful part of Minneapolis. Although the St. Anthony Falls area has a sordid and sad history in a previous century, in this century it has transformed into a wonderful outdoor space that we frequent in every season of the year. There used to be an actual waterfall in this part of the river, but the rocks were blasted away to make a power plant which was only in operation for a little over ten years (I think). Whatever amount of time it was, I do know that it was a ridiculously small amount in comparison to the lifelong destruction that was forced on the area. 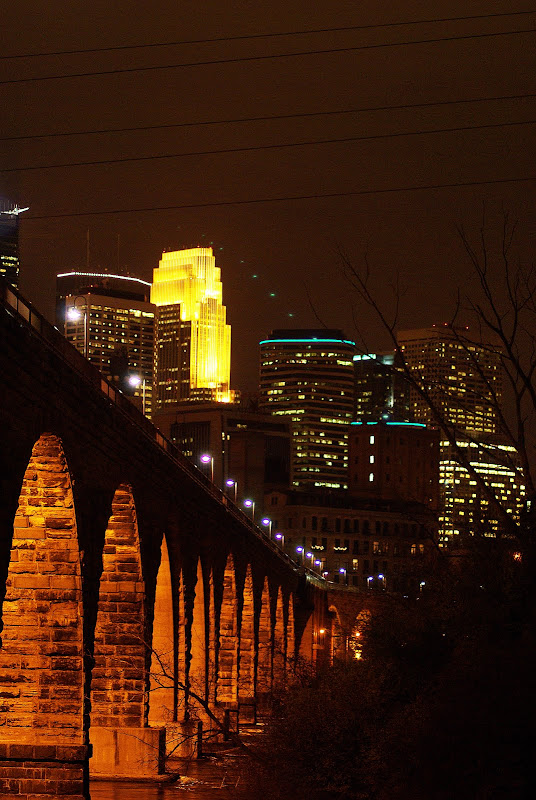 This has always been a place of celebration for us. We came here to celebrate the coming of the Millennium. That was when the City could still afford fireworks. There used to be two sets of fireworks on Independence Day, now there is only one, if any. We have come here on numerous anniversaries, walked onto the island and down to the water. One anniversary we found a big, fat bald eagle in the tree branches above our heads. 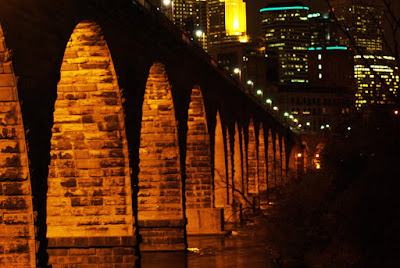 These are images of the Stone Arch Bridge which allows only pedestrian traffic. It was built in 1883 for train traffic. There is a large arts festival there in the summer. At the east end of the bridge, I know of a yearly "Fais Do-Do" that is organized by a displaced Louisianian. If ever you happen to stumble by on that day, stop and dance a bit or somehow enter for the prizes which are usually odd t-shirts scavenged from thrift stores in and around New Orleans. 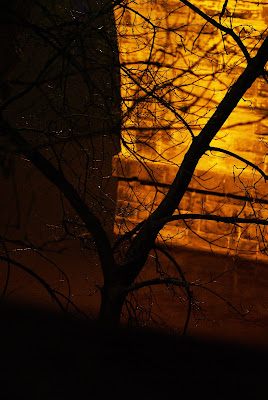 There are stairs that lead down to the river where you will almost always encounter a fisherman or two, even at night. The stairs lead to a path carved out by the foot traffic of adventurous and at times, rebellious teenagers. The path leads towards some of the industrial plants that are too close to the river for my comfort. But that's a prime example of Minneapolis and the efforts to reclaim some of the natural beauty in the area. The plants are evidence of the area's industrial history and hopefully a reminder of what not to do. The bridge is a commitment to the future of sustainable development in an environmentally conscious way. 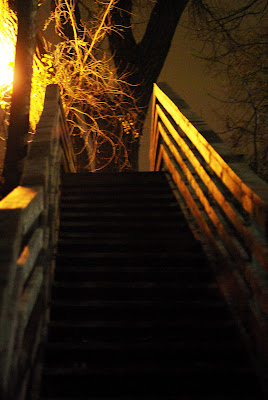 That night while shooting, I kept getting caught up in the trees, bare and silhouetted against the bright lights of the bridge. 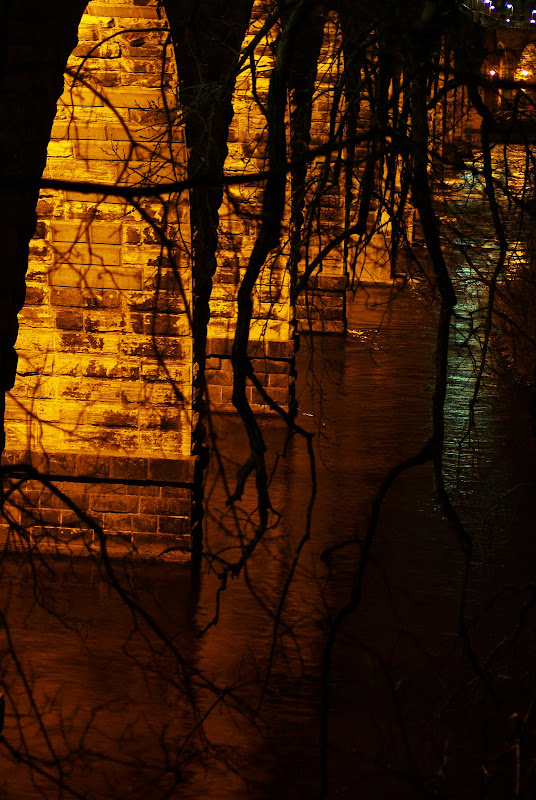 As we moved closer and under the tree line, the contours of the stone came into view. I am awed by the craftsmanship that goes into building such a structure. And to think this was built in the early 1880's. 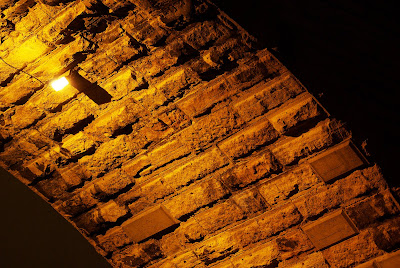 That's an image of the new Guthrie Theatre that was built just a few years ago. I am happy that they chose the river for its new location. The more interest there is in this area, the longer it's chances for survival. In recent years, the Mill City farmer's market has opened. I like that the area is lively and accessible to all, even to the eagles and the fish and the geese. 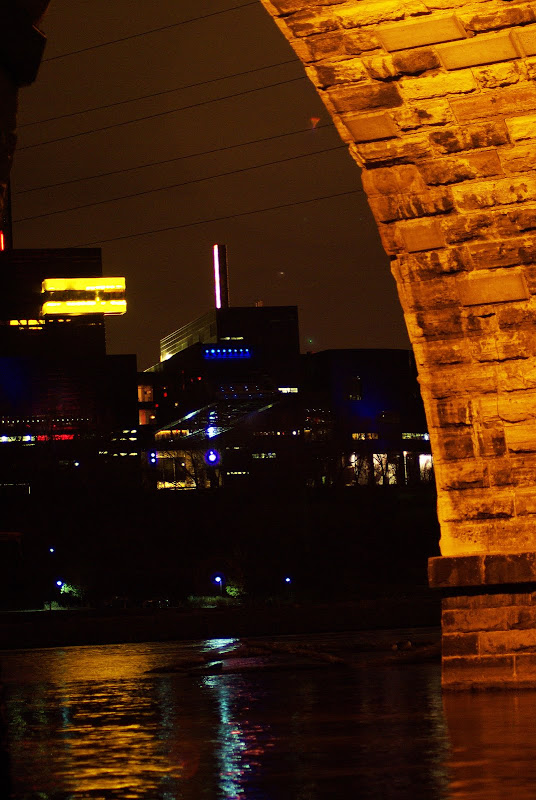