I am floored by the news that I have gestational diabetes. I am a healthy eater. I eat mostly organic food, produce delivered directly from a local farm. I don't drink sodas, never really have. I'm not drawn to many sweets. Sure, I'll get a craving for carrot cake or chocolate cake, even an ice cream sundae with hot fudge, but I never over do it. A pint of ice cream can last me a month. A sundae from Dairy Queen will take several days to finish and the last one I had was back in October. I buy slices of cake, one at a time, if at all. I do eat lots of fruit, but that should be part of a healthy diet! I am married to a diabetic, so a diet low in sugar is the norm for us.

Ok, I've got to bitch a little first. I'm troubled by the glucose test. I had two where I had consume a very sugary drink that was loaded with glucose. Because my levels were slightly elevated (I was at 136 with a cut-off at 130), I had to return for the fasting + three hour lab. The second time around, my fasting blood sugar was normal (88), but the other three after consuming a sugary drink with an even larger amount of glucose than the previous test, showed elevated levels of sugar in my blood. Here's my bitch and moan: I don't drink sugary drinks, so, of course, my body is not accustomed to processing all that glucose! Not fair! Why test me with something that is not a regular part of my diet? And I'm sure that it's not a regular part of my diet because my body has never been able to process it.

As it turns out, I am part of one of those ethnic groups that are prone to gestational diabetes: South Asians. Again, I think that is because high-sugar foods have never been a part of the Gujarati diet. I did not know this before today. It makes me feel a little less guilty, but dang, I sure do feel bad about all this.

The Big D is a type-1 diabetic. This is my biggest fear having lived with him so long. Now, I have to do as he does that is checking my blood at least four times a day. I pray and pray that I don't have to take insulin. Just the thought of pricking my finger to draw out blood really upsets me. I guess next week's holiday joy will be marred with adjusting to this new lifestyle and diet. But, then, as I read more about diet, I realize that's how I eat normally so really, I see no way out of this without having to shoot up insulin.

I am floored by this news. Just when things were starting to feel right, I get slammed by this development. I know that it's best to catch this now so as to avoid risk to baby. Here's the thing: the women that I know that had gestational diabetes are the ones in my life that do not eat healthy. A couple of them are diagnosed as obese, several of them eat fast food on a regular basis, none of them exercise. This sounds shitty and judgemental of me, I know, but I am upset that I am in the same category after all the effort I've put in to eat healthy. And much of that effort was prompted years ago by my husband's diabetes. So, most of my married life has been filled with healthy eating which only ramped up even further when I got pregnant. OK, maybe not in the first trimester, but definitely, in this second one. Now I'm approaching the third trimester all stressed and scared for the baby.

[ETA: That little rant, I realize now, was uncalled for. Another good friend of mine had gestational diabetes with her first pregnancy. She eats healthy and exercises on a regular basis. My mean judgements reflect my own disappointment with myself and this new development. Yesterday, after I wrote this post, I had many, many tearful moments. I don't want to prick my finger 4 times a day, I don't want all those little holes on the tips of my fingers. And, jeez, the thought of having to shoot insulin is totally unbearable! I don't know how the Big D does it, and he still plays his guitar despite all the little holes on his fingers. I need to get over this resistance, because whether I want it or not, this is my going to be my life for the next three months.]

Another thing that I'm distressed about is that as I read about gestational diabetes diets, I realize that I am already eating in this manner. The only difference, I guess, is that I need to eat on a schedule. I am also a bit upset that the diet suggestions encourage foods that are not in season. I've been trying to eat foods that are in season, things grown locally. If not that, then things grown regionally, and if not that, then things grown in the US. The diet suggestions include fruits and produce that are not growing in North America right now. I have to figure out how to deal with that, especially since eating things that are not in season or grown thousands of miles away do not have the same nutritional value nor the great taste that satisfies my appetite. Some diet suggestions actually recommend diet sodas or sugar-free items. I just don't understand a health care regiment that OKs putting chemicals in my body rather fresh fruit juices. Ugh. I'm frustrated.

Maybe this is how the Mars retrograde will effect my life. Oh, yes, I just went and read about it again and absolutely, this is what is happening. I'm going to include it here because of how eerily relevant it feels to everything going on right now. From the Low Down on the Far Out at Evolving Door Astrology:

He's baaaaaack!! Mars now turns retrograde until Mar.10.2010, creating a need to reconsider the direction and use of our energy. For a week or more before and after today, your physical energy may be a bit erratic or wonky—here one minute and gone the next; active one minute and lethargic the next. Forward progress that was made over the last couple of months may seem like it has hit a roadblock or forced into an annoying detour. Tempers can flare easily from frustration and trying to push through the obstacles that don't want to budge. This can also trigger old unresolved anger, which might need to be worked through over the coming retrograde period. This might also be a time when you feel a bit depressed or lethargic due to repressed anger, particularly if you find it difficult to own, express or accept anger as a natural emotion.

Although this might sound like a totally negative experience, it's not! All that energy can also fuel a time of great productivity and determination. The retrograde period could also be a time of respite from anger, conflict or high stress, as you pull back for a while to coast, regroup and rethink how you want to deal with a stressful situation. It is a time to take stock of what you are investing your energy and ambition in and consider if you are spending your energy wisely. It is a time to evaluate whether your plans and actions are working for you, or whether you need to make some adjustments in your direction, or whether you need to consider a complete change of direction. It is also a time to work hard in preparation for plans that can be put into action after Mars goes direct (Mar.10.2010). Think of it as taking inventory, revising your goals and adjusting your plans for the next two years (until the next Mars retrograde).

I guess this means I need to change direction, retreat and rethink my goals. All in preparation to welcome baby. 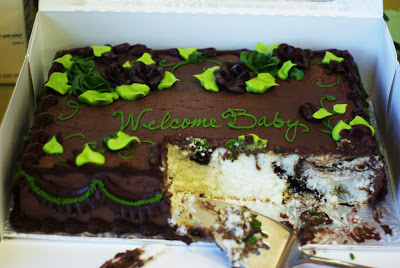