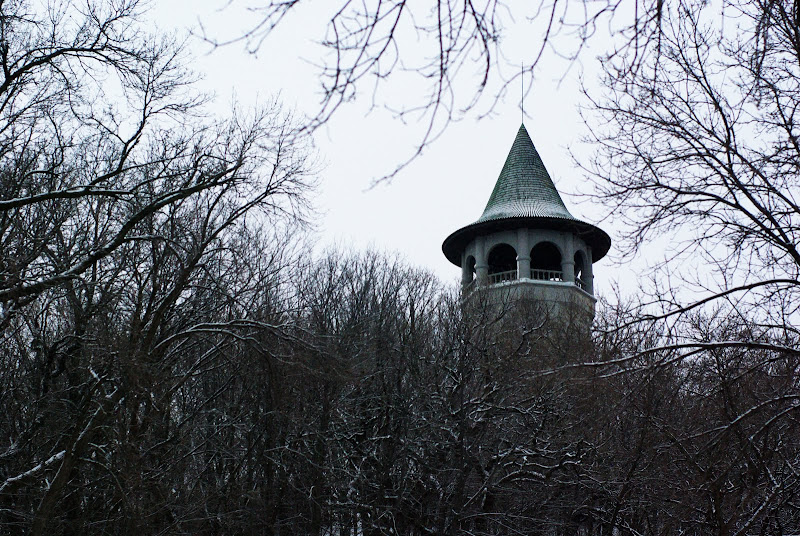 This is a such a distinctive landmark on the border of St. Paul and Minneapolis. It stands out in any season. I think I shot this photo the day after Xmas and it was such a gray, snowy day. I've never been up on the observation area and apparently it is only open a few days a year. I also read that it was intended to be used as a bandshell as well as a water tower, but the climb up was to much for the musicians. There has been only one concert since the tower was built in 1914.
Labels: minnesota on the grid