Last year I wrote about the St. Croix River rising up due to the spring melt of snow and ice. You can read about it here. Last year I mentioned that the water was at record heights. This is a picture from last year. 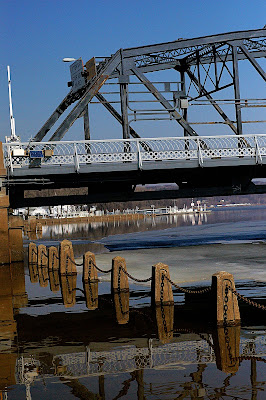 We went back to Stillwater this year just last Sunday. The St. Croix river had risen so high the week before that they had to shut down the lift bridge. It was open again when we went there, but here in this picture you can see the water is considerably higher than last year. 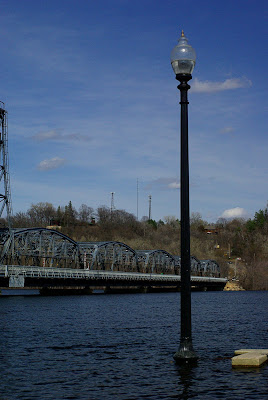 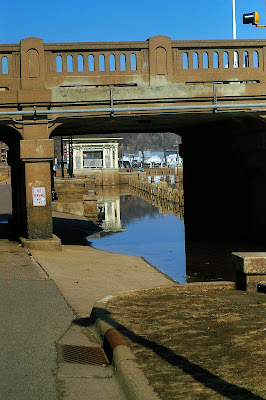 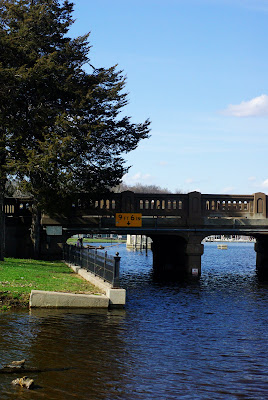 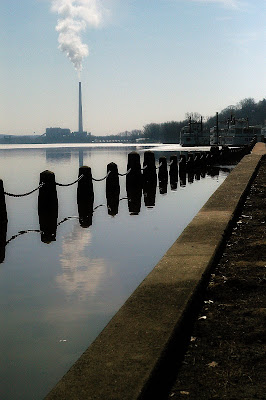 This year. In this picture you can see that the cement sidewalk markers (in picture above) are not even visible. They are completely covered in water. 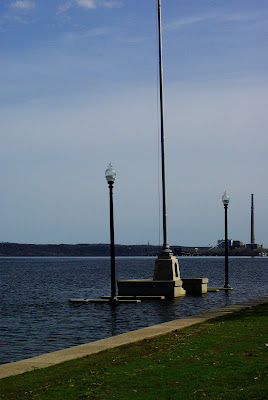 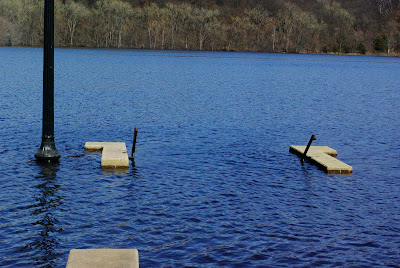 I remember walking down those steps and taking pictures last year. This year I would have had to swim over because the water was that deep.

It seems that communities in Minnesota that annually effected by the spring melt and subsequent river rise were more prepared. And, that's a good thing, because this year the rivers rose higher and faster.
Labels: minnesota