I started working on my Lotus List last night but silly, silly, me, I did not bring my camera along. I had to use the camera on my phone and needless to say, the pictures sucked, or maybe it was that I had two of these beers. Nooo, I took this picture before I had a sip of the beer. 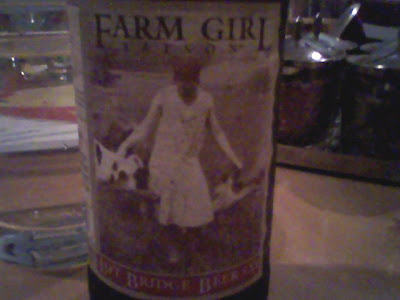 It wasn't until today that I realized that this beer is brewed in Stillwater, MN. Everyone at the table last night was saying it must be Duluth because they have a few very fine breweries up there, but no, this one is from Stillwater. I'm so glad I inadvertently chose a local, closer to my home brewery.

It was yummy, golden beer. So yummy that I had two.

Last night was the first time I've been out drinking two beers since May 2009. It felt good to be hanging with a great group of adults! It was a great start on my Lotus List!
Labels: microbrews The Lotus List of 100 Things