Autumn. It is usually a bright, colorful time of year in Minneapolis and the surrounding region. This year the colors were not so bright due perhaps to the abundance of rain. Most of it was thrown from the trees by hurricane-like winds that swept through towards the end of October.

I find I am alright with that. My project to capture 28 days of season change in Minnesota was perhaps a bit more manageable. I did not feel the anxiety to capture the brilliance of Autumn as I had often felt in years past.

I don't mean to say that this Autumn was any less beautiful this year. Certainly there were many beautiful moments this season: 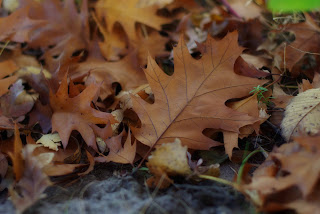 browns so rich and leathery; 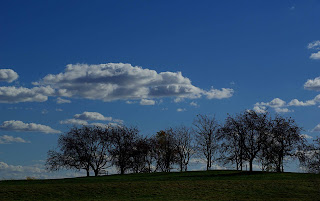 sky blues that made my heart soar; 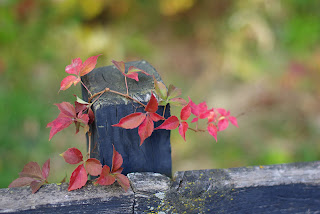 reds that only nature can create.


I don't mean to criticize at all and I hope that my images reflected how much I cherished and celebrated this season. 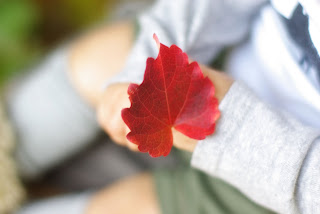 And, too, there was a return of innocence and wonder as I observed my daughter marveling at the changes around her. I saw things in a new light as she grasped a bright red leaf, and when her cheeks turned pink in the cool Autumn air, and when she stomped her feet listening to the rustle and crunch of fallen leaves.

A couple of weeks ago I attended a photography discussion where the guest artist and speaker talked about "failed images" (those which I wish I had captured something else than what appeared) as opportunities to learn. I found myself taking notes that evening, jotting questions to ask myself throughout this project and at its conclusion.

What did I learn? How could I have done this differently? How have I changed? Did I reach my goal? How? Why? When? Was it different than I imagined?

I reached my goal, yes, with the conclusion of this project. I stuck with it and captured a full 28 days of season change. I did not however shoot everyday, which was one of my goals. I found this tiresome and near impossible alongside the responsibility of tending a young child. This project took us outside far more than I would have done this Autumn. On each of our hikes and outings, there were many aspects of Autumn that were on display. I made the decision early on that I would not be able to take one image a day and post it. I would shoot once every 3-4 days and hope to get a variety of images to include in the project. I did stay true to the weather in that when the rain came and doused all the firey Autumn colors, I no longer posted images that did not fit what I saw around me, even if it meant letting a favorite image go unpublished. This project was different from how I imagined its unfolding.

I had expected the snow to hit by the end of the project, but it did not. There is very little snow cover in Canada right now and a result, this region's air temperature has been mild. We may be lucky enough to get some snow later this week (and, I do mean lucky because the first snows are always the most magical). I had imagined ending this project with a picture that included snow, but that was not meant to be.

I found myself debating about how to capture the various aspects of Autumn. Do I shoot close-ups? Do I shoot wide landscapes? Do I stick with foliage? Although I captured some lovely images of my daughter, I did not capture any images a the migrating birds traveling southward or the small animals preparing for winter. My images of geese lacked the cacaphonous sounds of their presence. My images of squirrels and chipmunks could not elaborate the fullness of their cheeks and their fattening bellies.

I had imagined coming to a sense of my "photographic style." But I am no closer to that then when I started this project. I learned that I am proud of my composition skills and acknowledging that pushed me to consider different angles. Yet I have not settled on a "look" other than general enhancement of the colors and tones. I don't know if this is important, but it feels necessary to me, to distinguish myself and claim a certain sense of individuality to my work.

Attending that photography discussion eliminated any thoughts of failure. I felt encouraged and focused by the discussion. I wanted to capture the perfect image to end this project, but I finally resolved to the fact that it was the process which counted more so than the ending or completion of the project.

Besides, no picture towards the end came close to what I consider my favorite image of the whole lot. This wildflower, lit by the sun, makes me feel warm and content. I learned that Autumn is not only in the changing leaves, but also in the many flowers that thrive in the cooling temperatures. 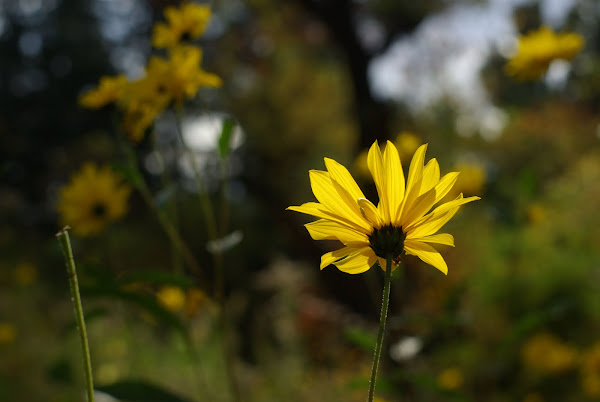 One last show, one last moment of beauty before the freeze of winter.