This week's Iron Craft challenge is to create a bunting or a garland. 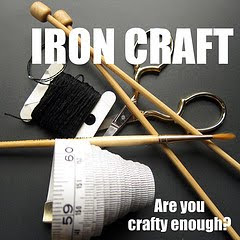 How I got to the idea for my project requires some explanation. Like I said yesterday, I had grand plans to make a thousand cranes in anticipation for the birth of the Baby Lotus Bud. I planned to hang as many as I could from the ceiling of her room. My dreams got squished when I chose the wrong, meaning harder, peace crane pattern. It took me twenty minutes to make each crane (that was when I got used to the pattern and picked up the speed). I was annoyed with myself and settled on making about thirty.

Her one year birthday is coming up. Can you believe it? My baby will be one year old in less than a month!

This week's challenge got me thinking about decorations for her birthday party. I feel so in sync with this whole Iron Craft adventure!

The birthday party will be a small gathering of family, some other Mamas, and a couple hundred cranes. I found a different pattern and it is much simpler: a pattern for the flapping bird. I can make about 15 in an hour. I even ordered some black paper so I make some raven-like birds (Raven is my daughter's middle name). But those will come later this week, after the deadline for the Iron Craft challenge.

So I made my way to Joann Fabric and picked up some origami paper. While there I found paper that has fold directions right on it for making wild animals. Specifically lions, giraffes and elephants. 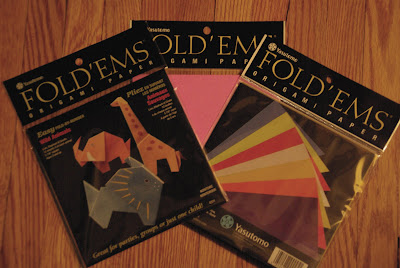 These were so fun to fold! Quite the noble looking menagerie, wouldn't you say? 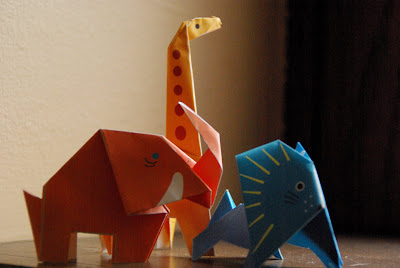 Then came the scramble to make cranes. 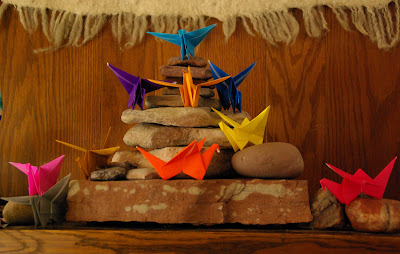 The Big D had gotten a whole box load of nice twine from where he works. I think they were supposed to be part of a holiday project about 5 years ago. They never followed through with the idea, so the company was just giving it away. This is the first time I am using this twine, but I sure was glad to have it sitting around here in my house. I probably have more than 50 of these bundles. Need twine? 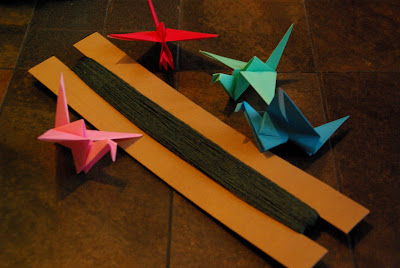 I couldn't figure out how to string the wild animals for a garland without destroying their elegant shapes. So I settled for a string of cranes which I have hung in the dining room. 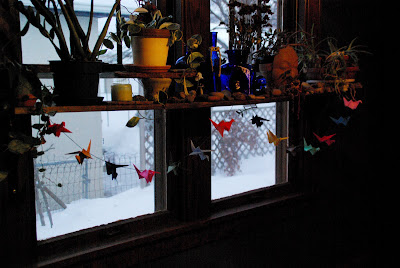 The nice thing about this particular folding origami pattern is that once I get used to it, I can start churning them out. I finished my whole package of paper. 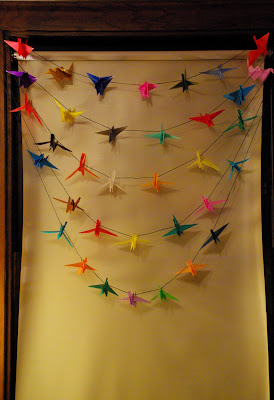 Although the effort to meet the challenge may be complete, the project to fold a few hundred cranes is ongoing. I have a lot of folding to do from now until February 10! 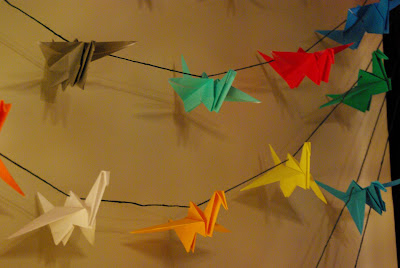