Iron Craft: March of the Penguins

This week's Iron Craft challenge was really challenging for me! I hadn't seen any of the nominated movies, in fact, I hadn't even heard of them. I'm not into watching the Oscars, so all in all, I had no idea what to do.

Susi said we could feature any movie and it didn't have to be one from the Oscars. I really wanted to focus on one of my favorite movies which I do think won an Oscar way back in the 80s: Out of Africa. But I couldn't think of anything to do. I could have folded some more origami into wild animals, but I really wanted to continue knitting. I have a lot of yarn sitting around my house that I need to use up, so I went searching for a project. I kept thinking penguins for some strange, unknown reason. Then I remembered that the movie March of the Penguins was an Oscar winner! And it is March now so I figured this was the project for me. 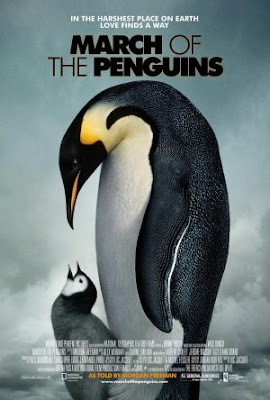 This project was a bit frustrating because I couldn't think of crafting something useful for my household. In the end I decided I would give these penguins away to some of the babies in the Mama group I hang with. 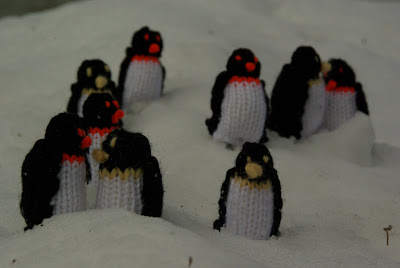 I found a pattern online and started knitting thinking I could whip out a dozen or so of these in a couple of nights. But I was wrong. Those little birdies took me more time than expected and so I could only knit two each night. At one point I thought to "assembly line" them, but I only managed to make four in two nights, so my average knitting rate stayed the same. 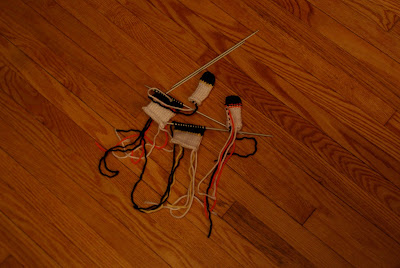 I finally settled on 9 penguins and I only finished late last night so all my postings are late. It's the photo shoot that I really looked forward to and thoroughly enjoyed planning. The weather turned bitter cold again today, so it was me and penguins out in -1 degree temps. 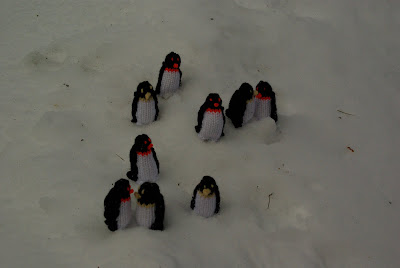 Remember that scene where they all huddle together for warmth? 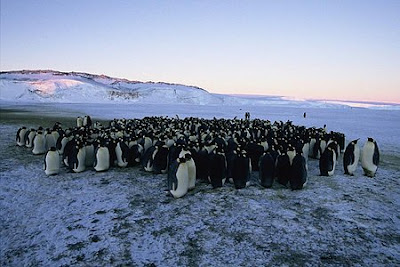 I couldn't resist trying to recreate that moment! 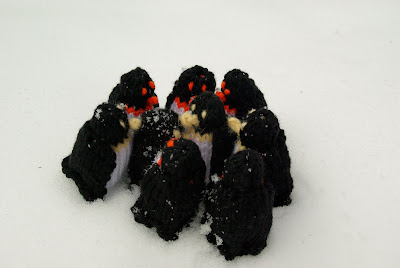 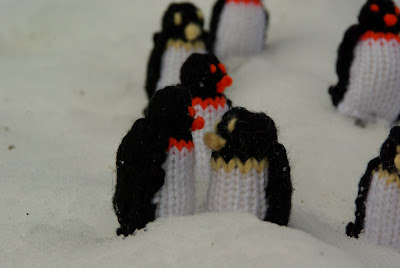 But I did use up some of my yarn and I met the challenge!!
Labels: DIY Crafts Iron Craft Knitting isn't just a DIY craft - it's a survival skill