"Oh dear..." is how Silvia commented when she read about this week's Iron Craft challenge. My thoughts exactly! Thank goodness for the Internet because without it I would have been at a total loss.

I decided to make this. Ambitious, I know. But I am Lotus and it is a lotus that I decided to make (please ignore the fact that it actually is a lily. I'm claiming it to be a lotus because I CAN). 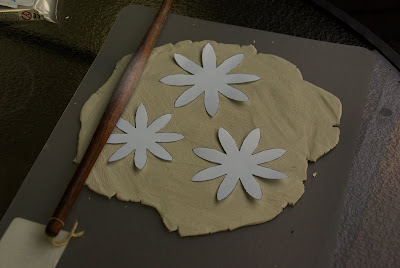 This is a craft that I wouldn't have thought to do on my own. I'm glad I got challenged to do it because the whole time I was crafting I was thinking about what it will be like to do this with Lotus Bud one day. Probably sooner that I think because she grows fast and is much smarter that I thought little ones could be. 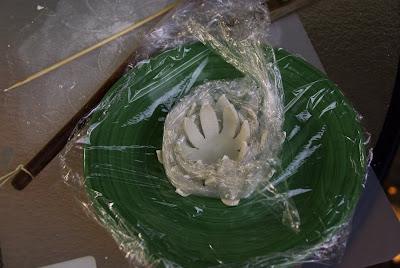 I struggled a bit with the assembly, then later the plastic wrap which was necessary for shaping the clay petals 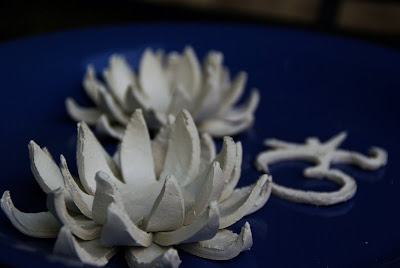 The white stage is my favorite. I used air-dry clay because it seemed easier but I've had mixed feelings about this. On the one had it was good not having my oven on during this heat spell. But on the other hand, I had planned to have these lotus out on my patio but I'm not sure I can yet. 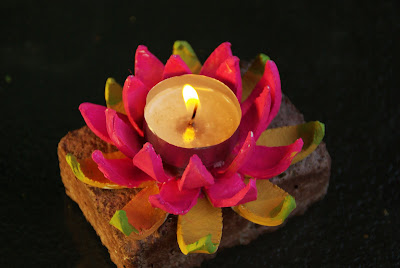 I had to make two because the first one didn't seem large enough. This second, larger one turned out better but the paint job is brighter than I like. 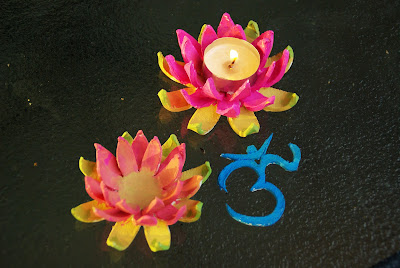 It's so not as pretty as I wanted it to be. I just knew that when I got to the painting that I would fail miserably. To my credit, it wasn't all that bad, just that it is not all that good. The Big D suggested I do a few more coats of paint, but honestly? I'm done with this craft. Well at least the painting part of it. I will do some more FIMO crafting but next time I will stick to one color.

Now if only I could get back to regularly scheduled postings such as my letters to the Lotus Bud and my Lotus 52s project. One of these days I will. Hopefully it will be soon!
Labels: DIY Crafts Iron Craft