I thought I was going to finish only one book in February. But then another one came in for me at the library and I managed to finish it on the 29th. All over the Internet people were asking what's to be done on this extra leap day in February. Leap days come around only once every four years so perhaps we should all decide to do something special.

That special something for me was to read a book.

Last month I read The Scholar of Moab and Never Let Me go.

Both books were rather mysterious but both left me with many unanswered questions. I didn't expect that. Not at all. In fact, I wanted those answers that never came and I was up late last night wondering how it is I stumbled into this world of the unknown and unknowable.

I picked up The Scholar of Moab (written by Steven L. Peck) on our December trip to Moab. I love buying books on vacation because it makes me feel I can extend the trip, sometimes for months. And, best of all, sometimes the book still has the smell of the place on it.

The Scholar of Moab was quirky, freaky, uncomfortable, funny, hilarious, disturbing. Also it had a lot of words in it that I did not know, which actually was pretty exciting; words like "obnubilated" and "pusillanimous". I also learned a few standard geology terms ("laccoliths and "igneous" - did you know I have a geology fetish?) and lot more about that region of the Southwest that I love.

The Scholar of Moab has a distinctly diverse and endearing cast of characters that represent the charater of Moab itself. There is the high-school dropout that aspires to be a scholar, the town poet who experiences alien abduction, the band of Communists who threaten to destroy the town, and the conjoined twins who when not engaged in philosophical theory are riding around as cowboys. Strange and hilarious. Need I say more? 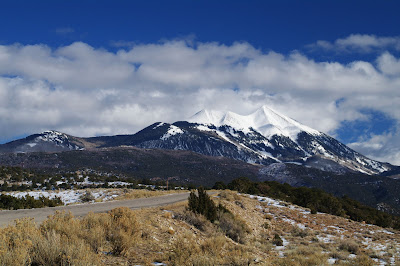 After an unexpected comment that his life is "Dickensian," Hyrum Thane, the high school dropout, embarks on a twisted, often hilarious journey to become a scholar. The narrator (the redactor) discovers Thane's journal entries years later and publishes it with many of the original grammar errors, random capitalization, and inappropriate synonym usage. His journey was uncomfortable to read. Why? Because it reminded me a whole lot of my early years in grad school. I was brought back to that time when I was struggling to properly pronounce "hegemony," trying to wrap my mind around "strategic essentialism," and wondering if the "subaltern" could speak.

Thane says "He was an idiot but he was'nt a stupid idiot. He did have a degree in English." Ahem. I'd be smart to stop right here, wouldn't I?

But I can't, because Thane manages to articulate some beautiful images and thus reveals some truths that could not have been expressed by another disciplined scholar: "I knew they were really large canyons & as a boy I had explored everyone." While this is presented as an error in grammar (or syntax?) it also plays the role of personifying the canyons. They exist as knowable entities. Lovely, isn't it?

The unanswered questions: What happened to Dora Tanner's baby? Who really is this redactor? Is this a Mormom book? How the heck do conjoined twins go around on horseback? Marcel? 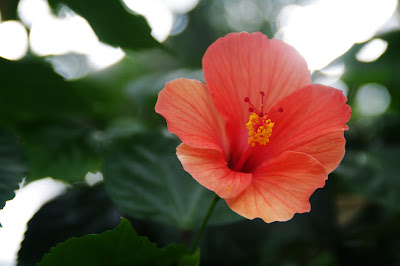 The last few days of February were spent engrossed in Never Let Me Go by Kazuo Ishiguro. I can't remember why I requested it from the library. Often there is a waiting list for books I request and by the time I get them, I have no memory of why I wanted to read it. I suppose I was feeling nostalgic for Woodstock - a school in the Himalaya Mountains where I spent a couple of my high school years.

The inside of the jacket covers says the book is about a girl who lived at "a private school in the scenic English countryside where the children were sheltered from the outside world, brought up to believe that they were special and that their well-being was crucial not only for themselves but for the society they would eventually enter." Throughout the book we get glimpses of the mystery and horror (?), the mysterious horror, perhaps, of these children and their role in society. That's all I can say because to say more would be give it all away. Don't go and read the reviews at Amazon because those reviewers who do not like the book give away all the secrets.

There were many similarities to life at Woodstock: the idyllic setting, the stimulating education, the energy of the student population. But that's where it ends. Thank goodness!

Unanswered questions: How did the students accept their role in society so easily? How many donations can a person give?

Imagine my delight in finding out that a movie based on this book has already been made and released on DVD. I bumped it up in my queue. 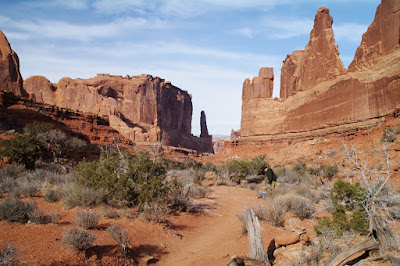 I called it quits on Edward Abbey's Desert Solitaire. I really enjoyed the book the first time I read it, but I am most definitely not enjoying it now. Why continue when there is so many others I could be reading? Maybe I'm feeling seriously jealous that he got to live right smack in the middle of desert paradise, while I only got to spend a short week outside the park boundary. I don't know.

So now, if you've read this far, I ask you to take a moment to see this video I shot while hiking through Abbey country: Horseshoe Canyon. It was featured at the Arches National Park and the Canyonlands National Park Facebook sites this last month. It brought back a lot of wonderful memories!