My little Lotus Bud had her first Spring Concert!  The Big D and I were really looking forward to it.  She was going to be in a little group with their own song, teddy bears and all.  It was really exciting for us.  However, she had no idea what was going to happen. 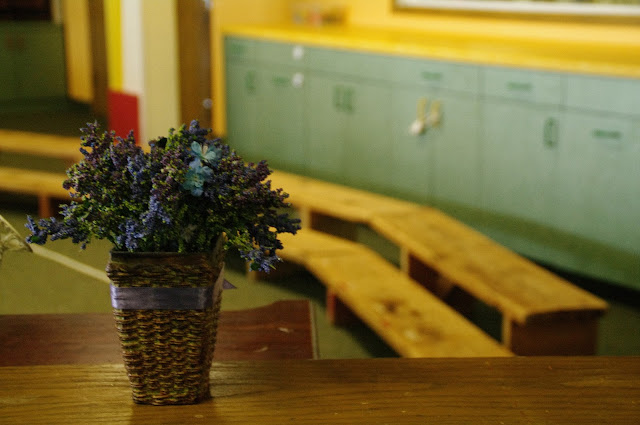 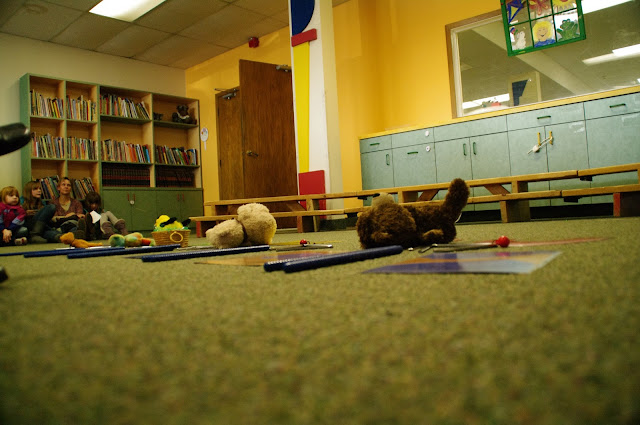 There must of been 25-30 kids in the Spring Concert which means over 60 grown-ups were in the audience and in a small space.

Poor girl didn't realize this until walking out.  And to make matters more intimidating she was placed in the front row with her other kiddos of the same age.  Unfortunately she ended up next a boy who just got lost in tears the second he saw the crowd.

She tried to be brave... 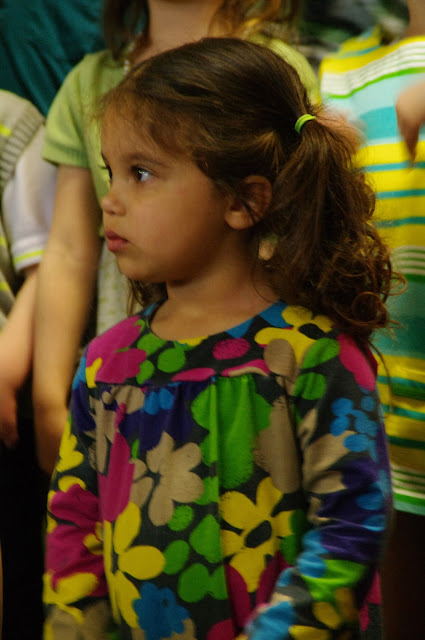 But it was all too much.  Finally she spotted me in the crowd and came running just before her group song.

I was nearly in tears, too, watching her try to tough it out and be brave. 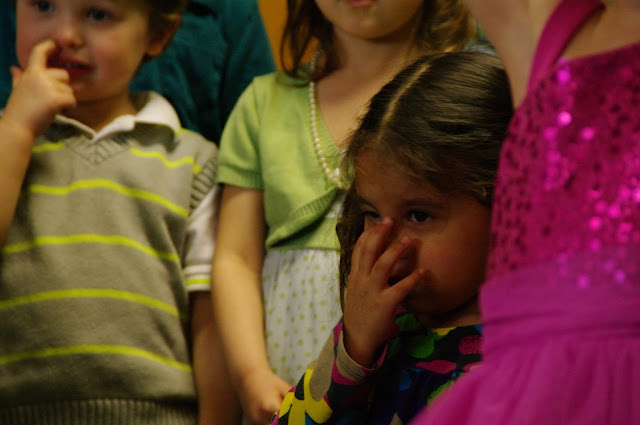 The teacher later told me that the ones who had solos in this concerts were the ones in tears just a year or two before.  Maybe next time it will go better for her.  I really hope so because the soloists were really amazing and cute.
Labels: Lotus 365