Please let me make one thing clear.  I live in Minnesota.  In particular I live in NE Minneapolis and here in Nordeast, we are proud of heritage and culture.  Here we celebrate community with hotdishes.

Hotdishes have evolved over the years to incorporate a number of spices and cuisines, plenty enough to highlight the diverse populations that make NE home.

Each year the Holland neighborhood hosts the Hotdish Revolution, a competition based evening with celebrity judges and all.  I went to scope out the competition because I fully intend to enter a curried tater tot dish next year. 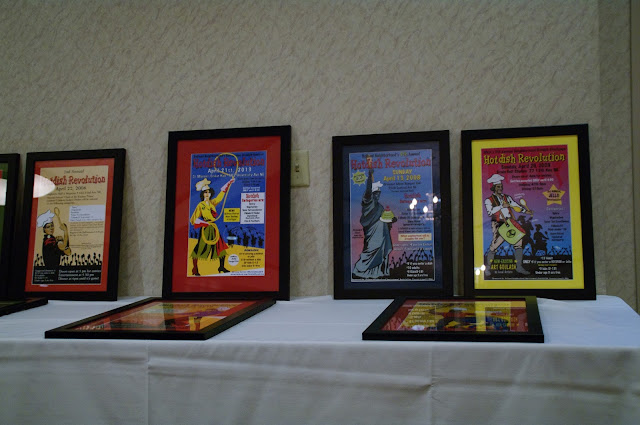 I think I've got a chance to win a prize.  Not at all to imply that there weren't several curried dishes, just that none of them were paired with tater tots.  Say what you want about tater tots - these things can be a Mama's best friend.

Admittedly that plate is overloaded and perhaps not looking all that appetizing.  Just focus on the beer in the background instead.  Did I mention that there was beer involved?  Yep.  I think at least 6 new micro-breweries have opened up in NE Minneapolis and they brought their goods with them to the Hotdish Revolution. 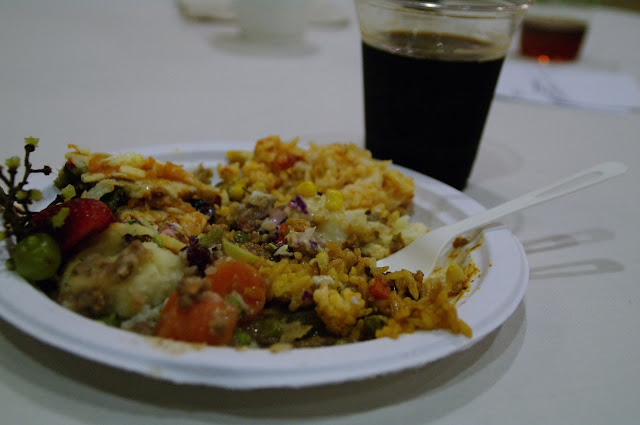 The Big D had just left for NY and so the little Lotus Bud and I made our own way to the festivities.  I briefly held hands with the mayor as he passed our table (yes, so I stuck out my hand and made like we were old friends and he grasped my hand with cheer and affection.  The Minneapolis mayor is definitely a celebrity around here and I think he's secretly a rock star! And he's got warm, not-sweaty hands.)

I was feeling lonely, so that brief encounter with the mayor was a thrill, but not as exciting as this accordion player, who I think took a liking to my little girl (who happens to have her own little, purple accordion). 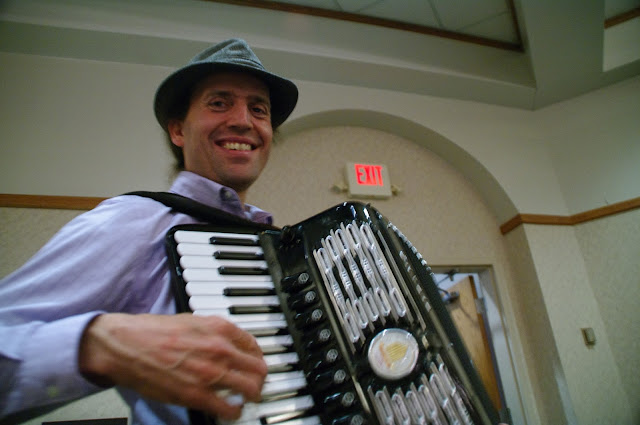 Good time, my friends, good times.  You bet I'm going back again and next year I will be carrying in my own hotdish to share!