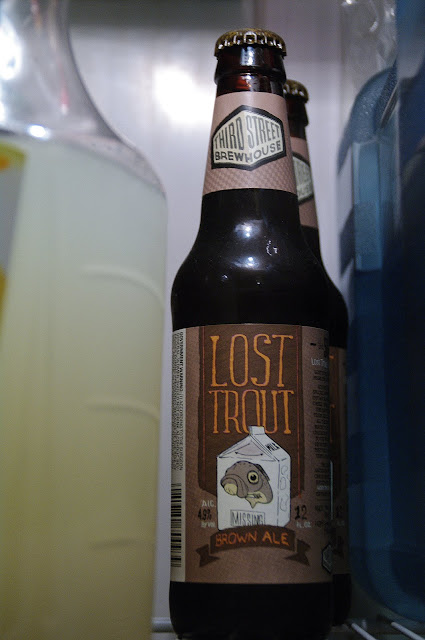 For 2014, I decided to tweak my 365 photo project.  This year is about posting a photo every day.  I relieved myself of the pressure to capture a daily image, something that often had me scrambling and frantic to take a photo, any photo.  In the long run, that is not how I want to photograph the world around me.  Combine this decision with the discovery of many drafts that never made it, for one reason or another, onto the blog.  This photo is one of those that was taken, I think, sometime in 2012 and adds one more microbrew to my Lotus List.

So what's with the title, huh?  If I remember right, I enjoyed this beer the warmer and warmer it got.  I know that some beers are better as they get warmer but I don't think that's what was intended for this little Lost Trout.

BTW, I never realized that the lighting in my fridge was so good.  Weird!  I might just have to take a few more photos in there considering inside my fridge is going to be much, much warmer than outside.