bum against the bluest sky

On our second full day in the "city of love" we found ourselves at the New Orleans Museum of Art, out in the Sculpture Gardens.  This statue is "Diana, the Huntress" and the artist is Augustus Saint-Gaudens.  Isn't she lovely?  Isn't that a lovely bum? 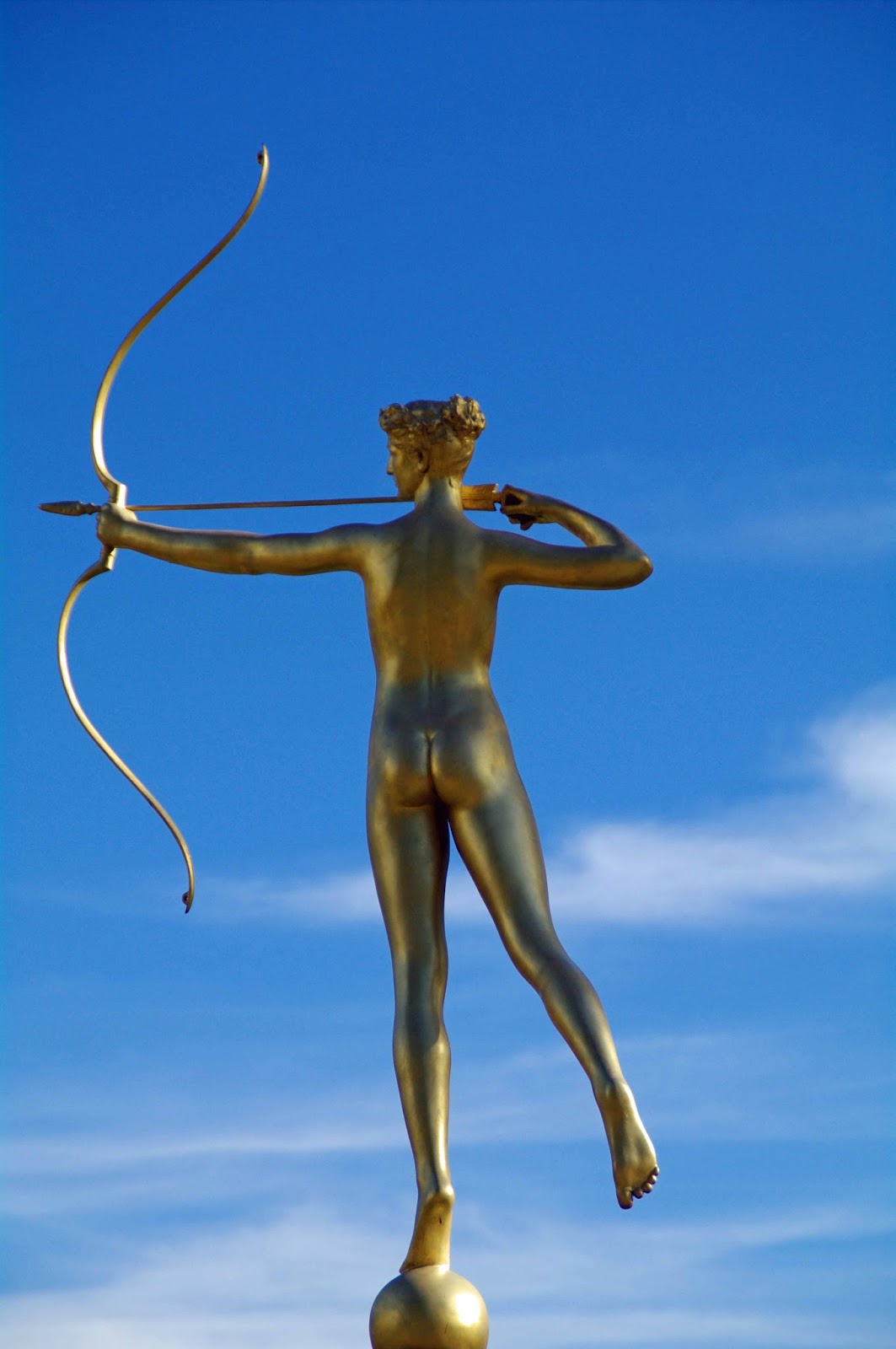 I admit this wasn't our intended destination.  We were definitely on our way to the City Park but we had no idea that the City Park is literally several miles long.  We were trying to find the disc golf course but no one could tell us exactly where it was and the path we took led right to the Sculpture Gradens. 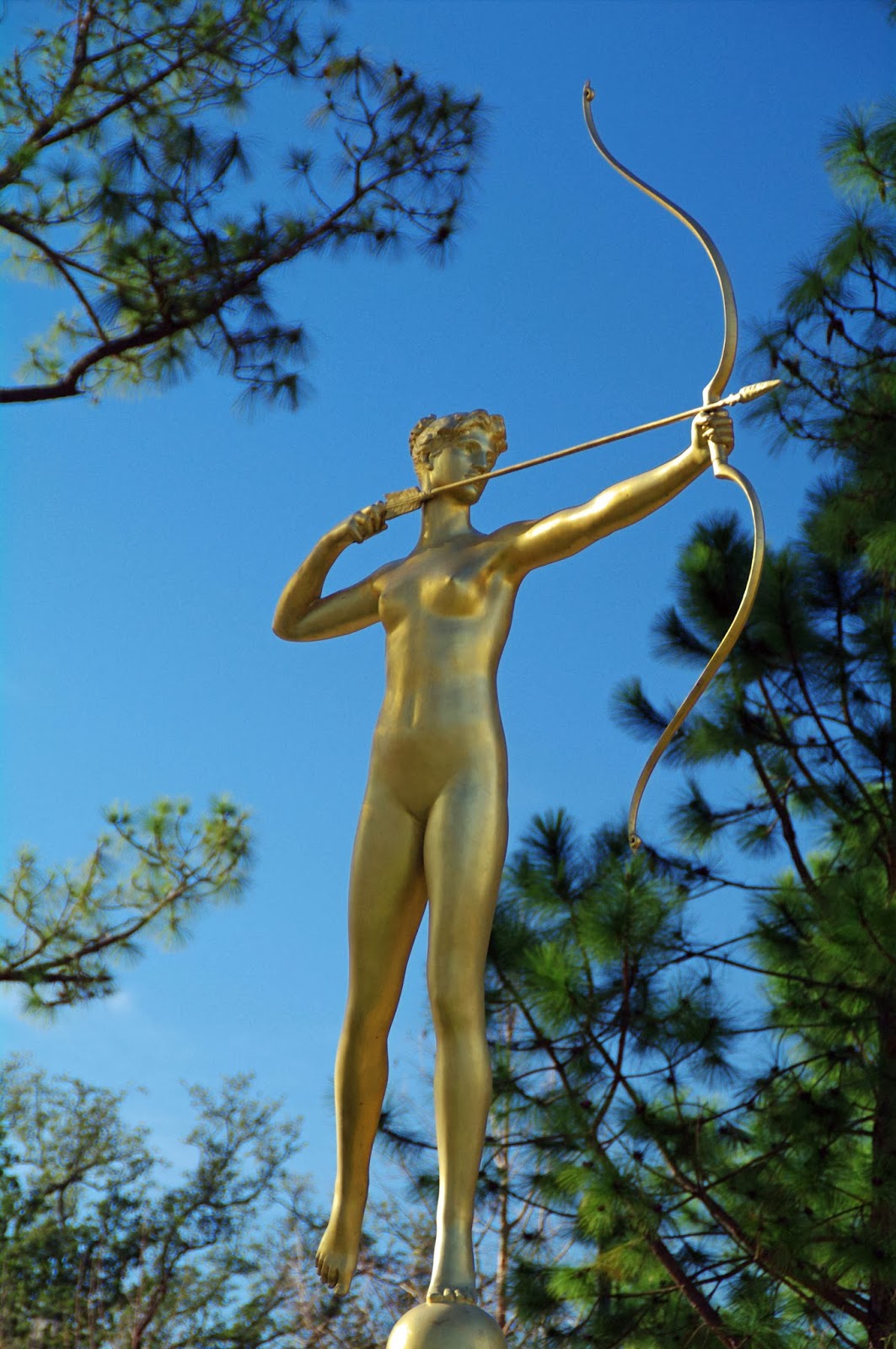 Which was amazing but I was battling a jumble of conflicting emotions.  Mostly I missed the French Quarter.  Honestly, while in the Sculpture Gardens I felt like I could have been in any city in many parts of the U.S. and what I really wanted was the French Quarter experience where I felt transported from my ordinary life.

I sound like downer right now but I don't intend to be.  It was a lovely afternoon and soon, we did make our way back in plenty of time for the revelries.  It's just that the Sculpture Garden seemed crowded although it certainly wasn't more crowded than where we had been.  Here's it is, this is what I felt:  I felt like I was surrounded by families and suddenly I was missing the Lotus Bud.  And in the middle of that experience, I wanted to flee, so we hopped in a cab and started our roll down Esplanade.

The minute we got in the cab the driver asked if we were cops.  He asked in this gravely, slightly menacing way that was punctuated by movement of the door locks - locking.  We assured him we were not cops.  What followed was a long uncomfortable silence which I finally broke by asking him why he asked us if we were cops.  Apparently, he wasn't licensed for the city, he was just supposed to take people to and from the airport, but his previous passengers has asked him for a drop off at the museum and we hailed him at that same spot on our way out.  There was this one time when he landed in jail due to this infraction of license.

Once all of our motives were established he switched into the mode of friendliness that we encountered with each and every local we met.  He gave us insight to local politics and I was listening closely as I had just recently befriended a local Minneapolis cabdriver who is the father of one Lotus Bud's friends.  He gave us the neighborhood names of the areas we drove through, told us about the aftermath of Katrina in the area, shared with us the nice little area in which he lives.  I got the sense that he didn't leave New Orleans after Katrina as most of those we encountered who had left started by stating how long they had been gone (one person was in Austin for two years, another was in Dallas for four years, you could just hear the heartache in their voices).

So, wow, I hadn't intended to share all of this when I sat down to write today.  It wasn't all roses and romance while we were away.  The trip was full of character, warmth, heartache, and unintended but welcome encounters.  Yet it was all good.