everyday is a festival

Each evening, after the adventures of the day, we went back to the bar we found on our first night.  The bar was a few blocks away from Frenchman Street, the site of lots of live music venues inside and outside. And located another two blocks from our carriage house on Royal, that bar was the perfect way to end each day, an end filled with warmth and sparks of friendship. We would get a plate of char-boiled oysters and chat with all the other people at the bar.  Our time was equally spent with out-of-towners and locals.

On our last night, we sat next to a local woman who was meeting a group of friends before venturing out for a late night on Bourbon Street and beyond.  As each friend arrived, they all spent a little bit of time chatting with us about their city.  Derek knew a surprising amount about Minnesota and at one point, declared that he intended to visit.  Phone numbers were exchanged and he proceeded to ask when would be the best time to journey north, inquiring specifically about festivals and other such revelries.  I was stumped when the only large festival that would come to mind was the MN State Fair.  He was decidedly not interested in attending the State Fair.  And that's all right, it really is.  I told him that anytime during the warm weather was a great time to visit Minnesota and I think I am right.

But no doubt, Minneapolis cannot match the revelry of a city like New Orleans where everyday is like a festival.  The city knows how to party, in fact they sanction riot-like parties and they are very good at cleaning up quickly the next day.

Just walking in Jackson Square on a Friday is like being thrown into a impromptu celebration.  The place is filled with musicians, artists and entertainers.  Entertainers that know how to interact with the crowd and they know how to sustain the fun. 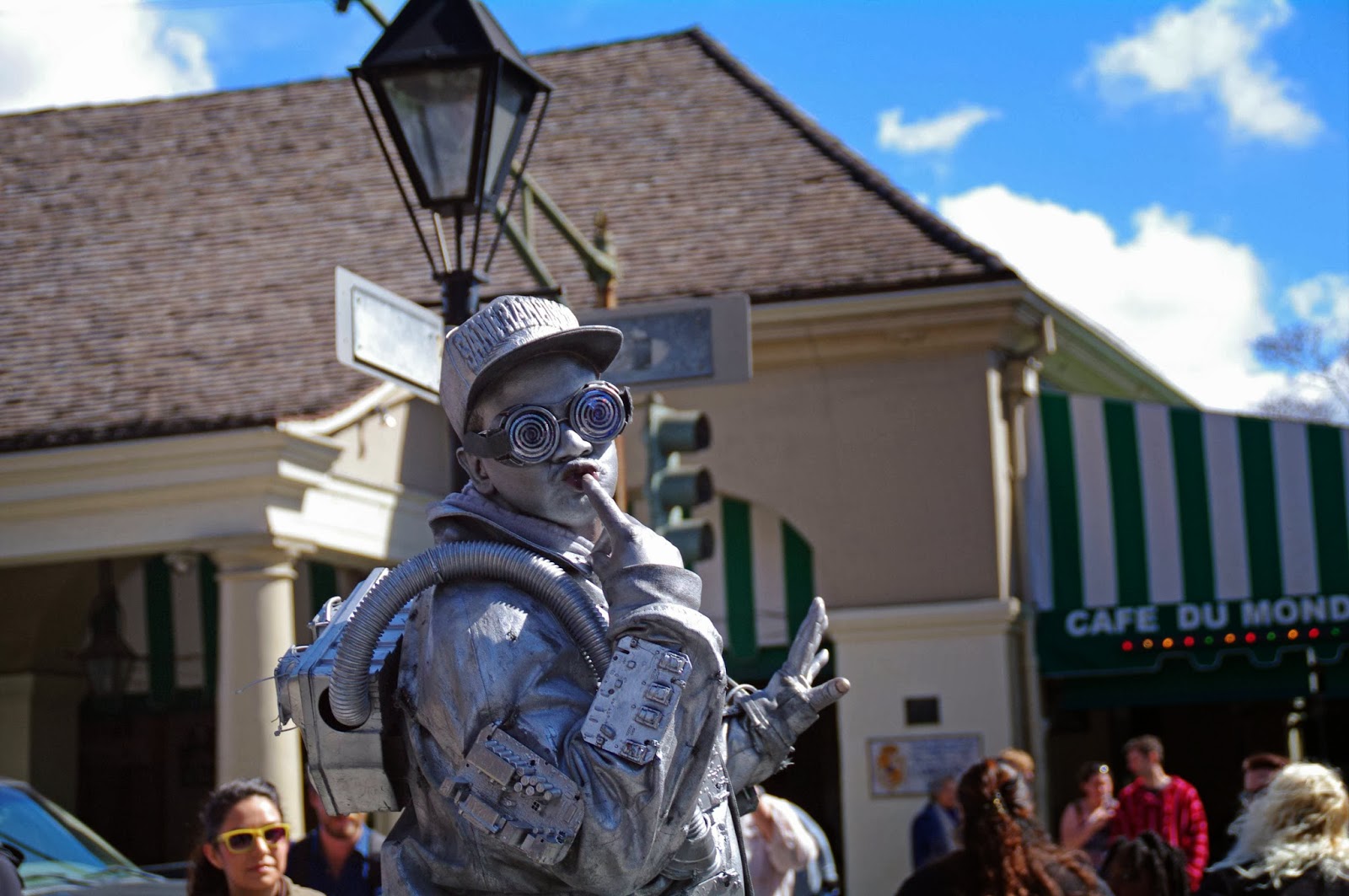 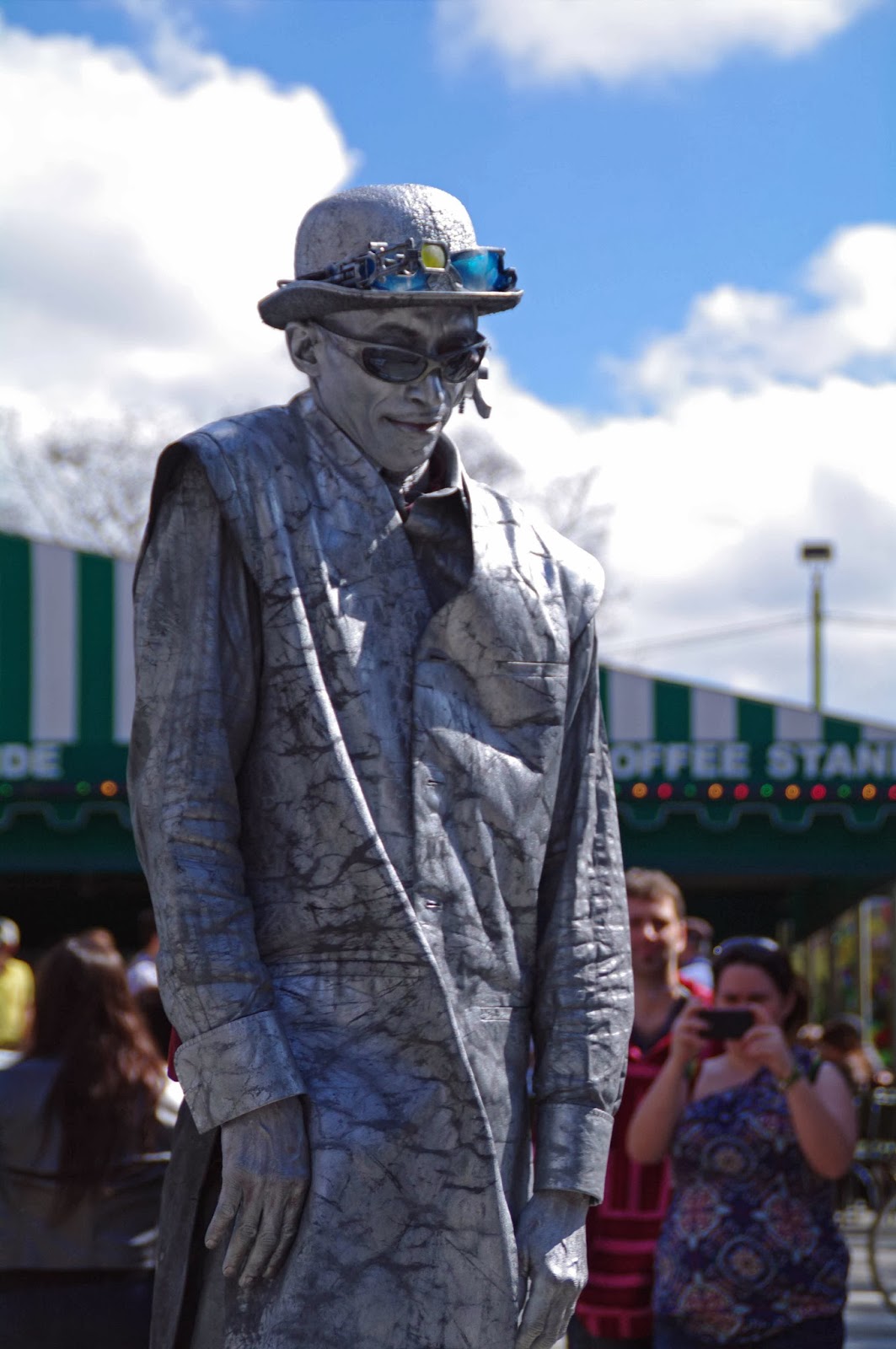 They dance and make fun, not missing a beat as they pose for a photo. 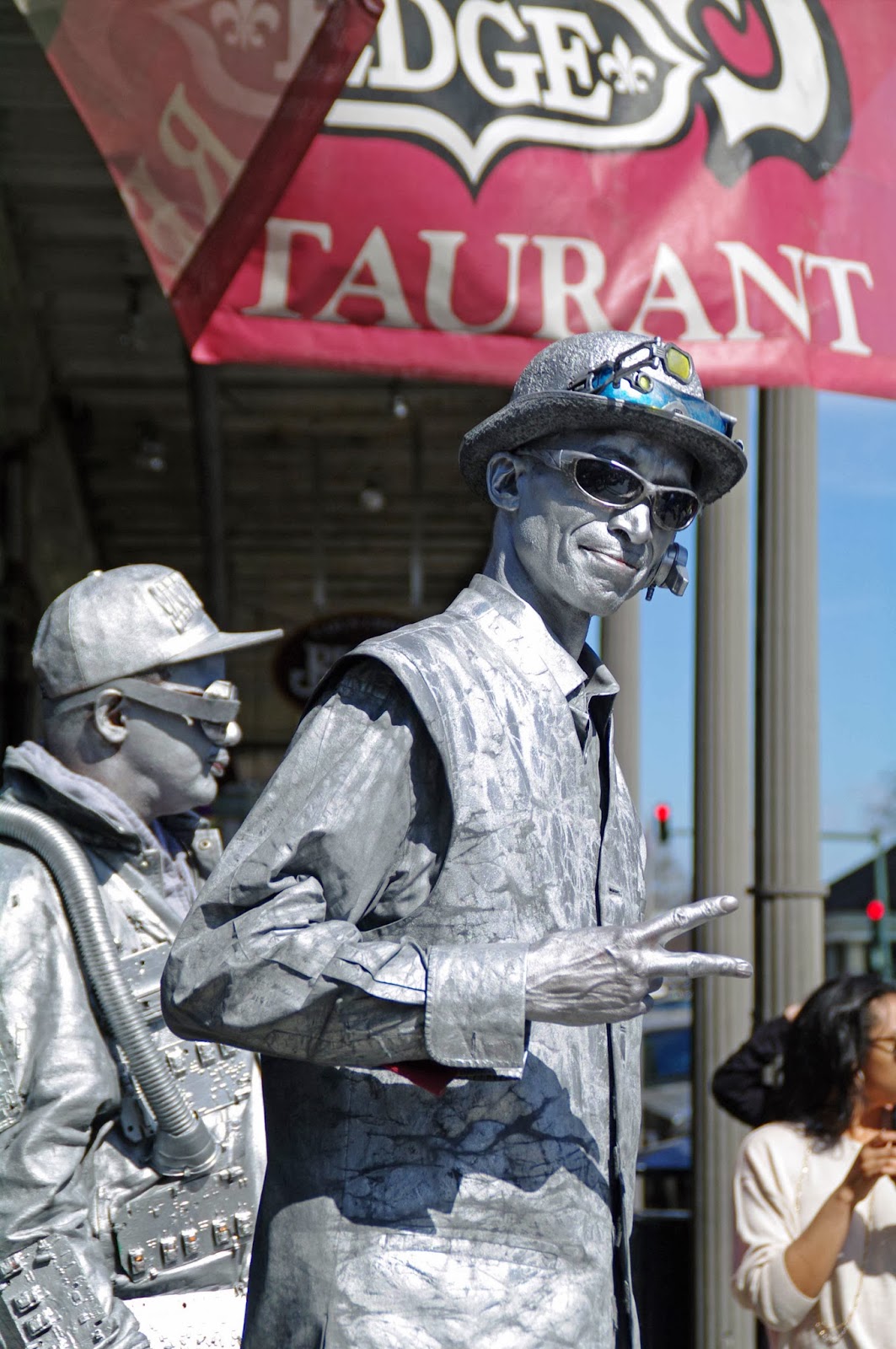 Sure, we here in Minnesota know how to have fun.  How could we not?  We celebrate the seasons and make the most of the warmer weather, but it is a different sort of fun, one that is a little less chaotic and rambunctious, but good nonetheless.  I do believe the river has something to do with how we celebrate life.  We are at the top of the Mississippi and our celebrations may be smaller but they do exist.  New Orleans is at the end of the great river and the revelry in that city is every bit as silty and large like the Mississippi itself.

Minneapolis and New Orleans - connected by the flow!