on the corner of Royal and St. Ann

I declare this corner of the French Quarter to be the most romantic of all!  For personal reasons, obviously, but also because of the delightful stores and restaurants found in this part of New Orleans.  The time I spent on this corner was the highlight of this trip for many reasons.  It's where I completed a goal on my life list.  It's where we had our last meal in New Orleans.  And it's where The Big D got down on his knees and proposed we do another twenty years together!   Woot!  Oh yes, he did!  And it was sublime and surreal and all those words that stand in place for lack of a better way to describe the experience. 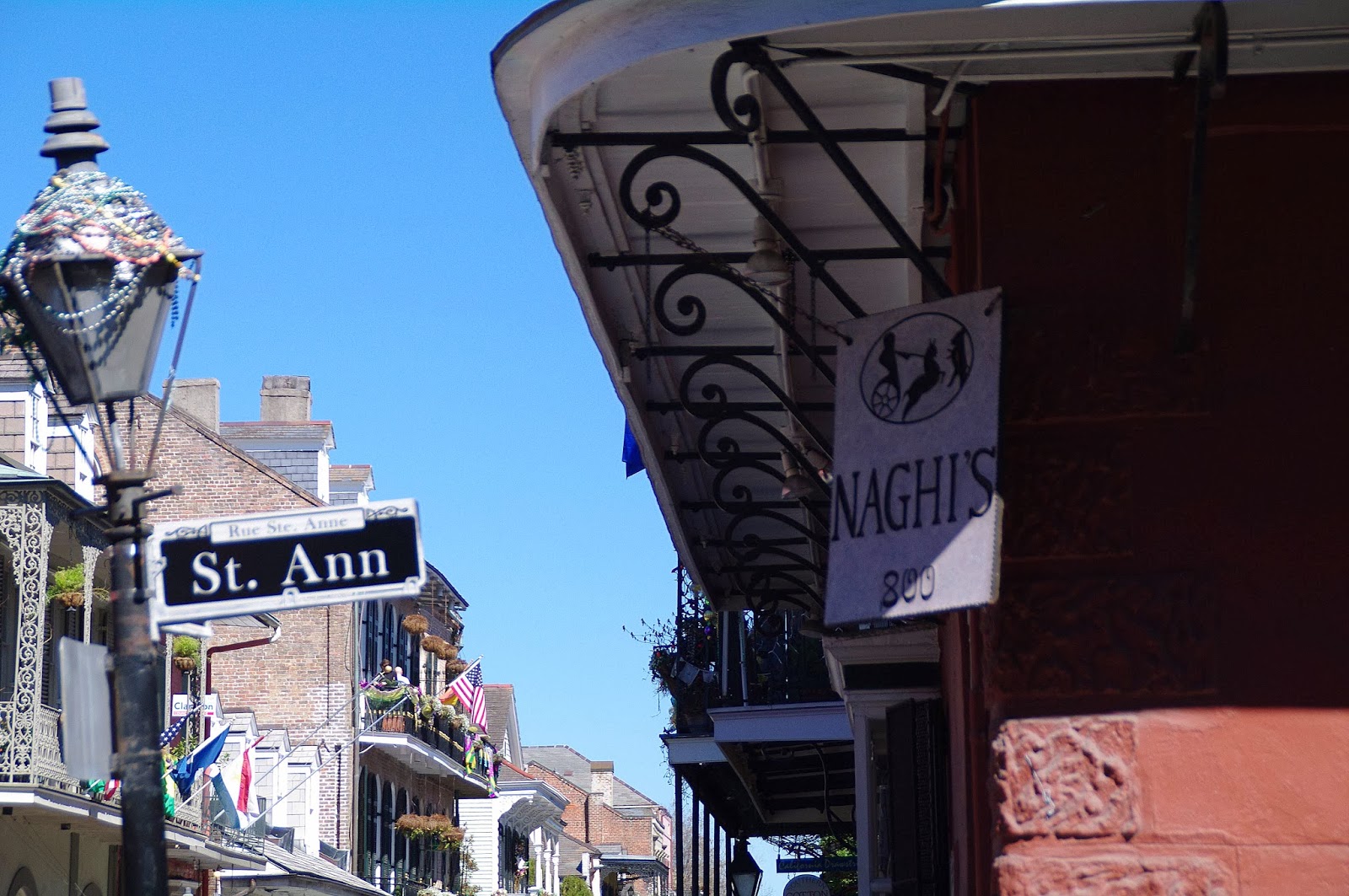 Naghi's is a store full of old jewelry, estate jewelry and stuff.  We had stopped in the night before and encountered a couple who were picking out an engagement ring.  Maybe that was on both of our minds as we wandered into the store again on the day after our twenty-year anniversary.  We went in to see if they had any platinum bands (platinum is the gift for 20 years and a hard one to do outside of jewelry - we opted for a stainless steel flask for our gift).

The owner only had the one ring: a hundred-year-old hand-made ring with a platinum band and three little diamonds.  I'm not a fan of diamonds because of the blood diamond trade and for various other reasons, the cost and such.  When we were married, we just made the decision, then made our way to a courthouse, no formal engagement, no wedding, no honeymoon.  And while this trip seemed to be taking care of all those things in a time when it felt well-deserved, apparently Dave had other things in mind.  He found a ring and decided to buy it.  The owner tipped us towards the decision by declaring that after 20 years, I deserved a little bling.

What I didn't realize at the time was what came after the owner put the ring in a little black velvet box.  Dave proceeded to get down on his knees and he, quite romantically if I can say so myself, proceeded to place it on my finger.  The other people in the store surrounded us with applause. 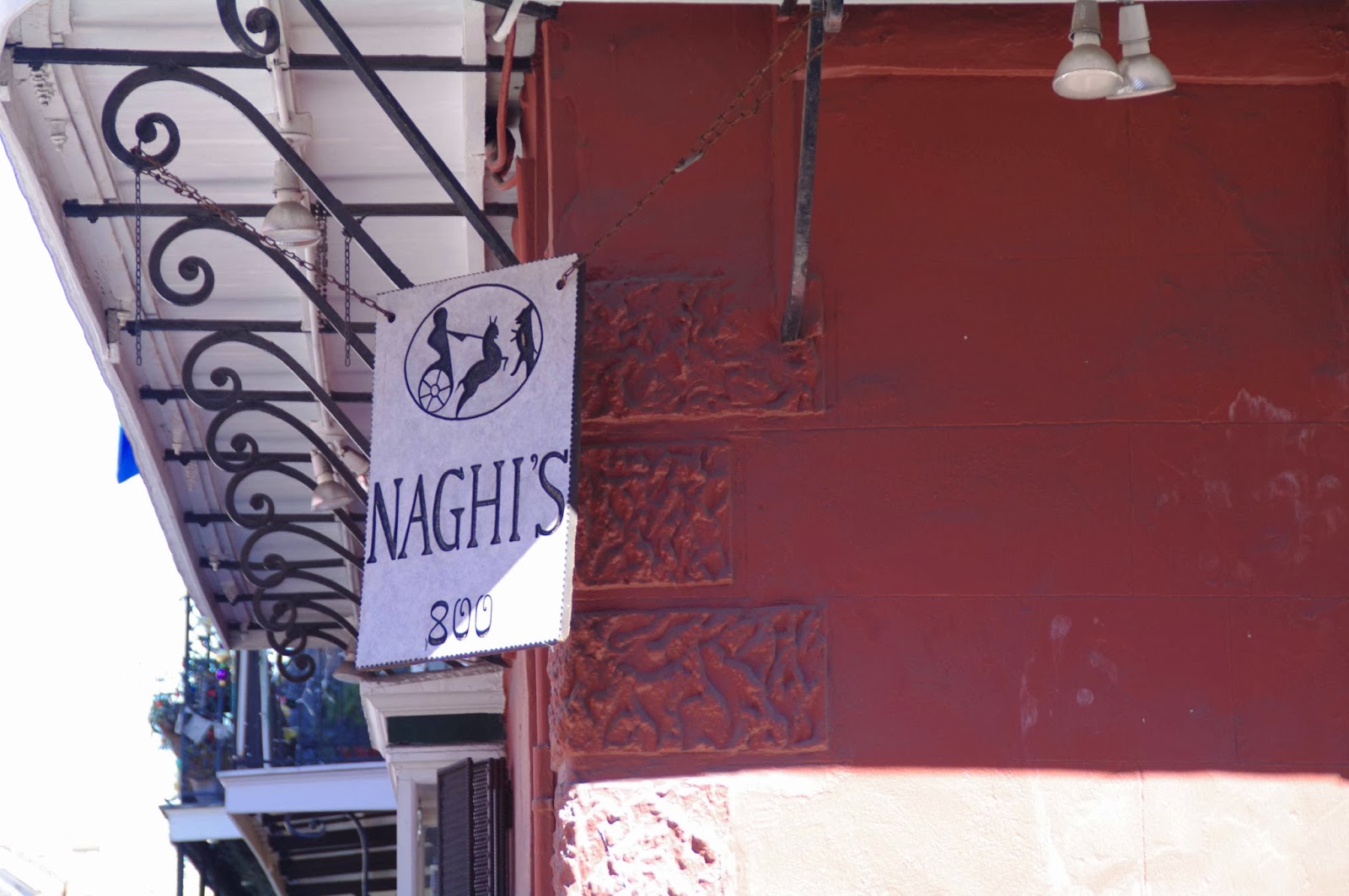 After, we stepped outside and leaned against a lamp post for a little kiss and snuggle.  Bubbles floated down from Bourbon Street and surrounded us with merry sparkle!  So many elements of dream-like reality that I can hold onto for another twenty years.  If had to do it all over again, this is how I would choose to do it.  It felt so dang right to do the whole ring-thing after 20 years of marriage, at a time when we could afford it, at a time when it meant so much more to us, at a time of celebration rather than promise.

The perfect man for me became ever better! 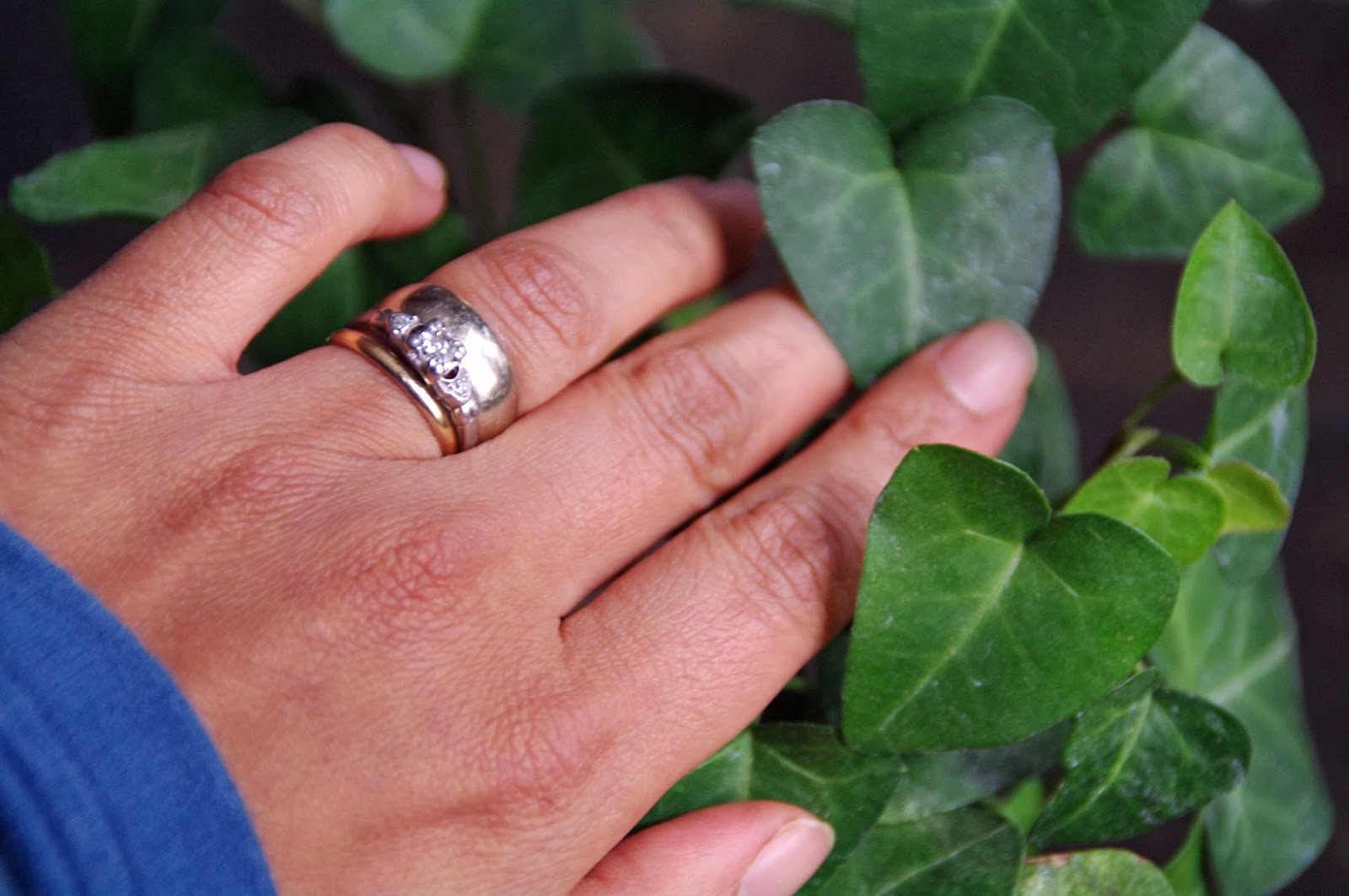 I keep thinking it was a fated thing.  It was the only platinum ring in the store, it fit me.  It's a hundred years old so it predates the horror of the contemporary troubles around diamonds.  It's small with three little diamonds, one for each of us in the family.  I can do dishes while wearing it and generally everything else that needs to get done in my life.  AND, it fits perfectly between my other two wedding rings.