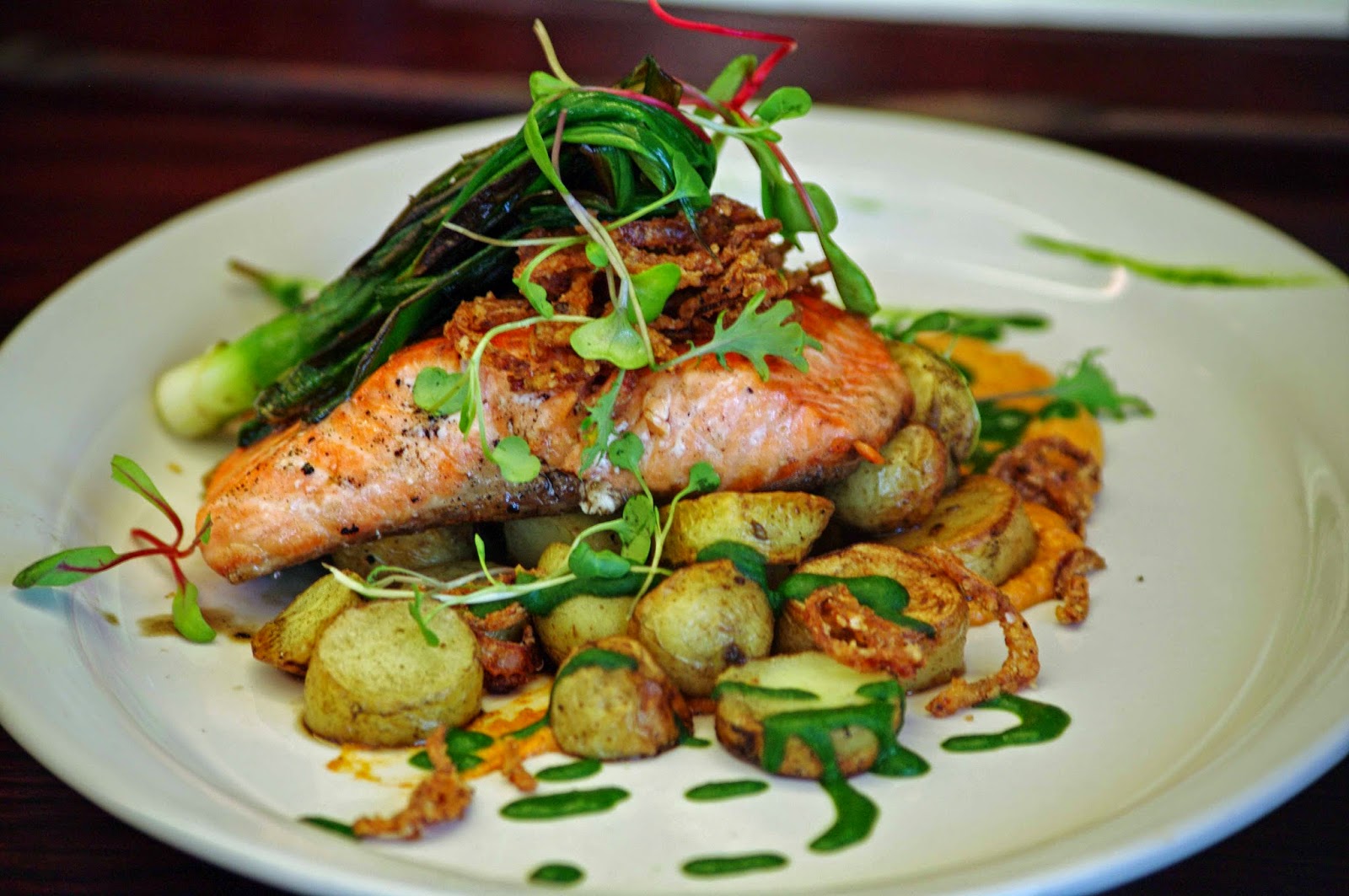 Friday night began with dinner and cocktails at The Mill Northeast. The Big D said that we couldn't order the same entree and so while he had the hanger steak I had the steelhead trout. I got the better choice, I think!

Then we were off to downtown's Minnesota Orchestra Hall and a night of explosive music: Red Baraat. They blend bhangra and New Orleans Jazz. And we danced! We were in a nearly empty box in the balcony just to the left of the stage and we kept hearing the usher say "We've got dancers in the row one." I think they were afraid we would tumble right over the edge with our dancing. 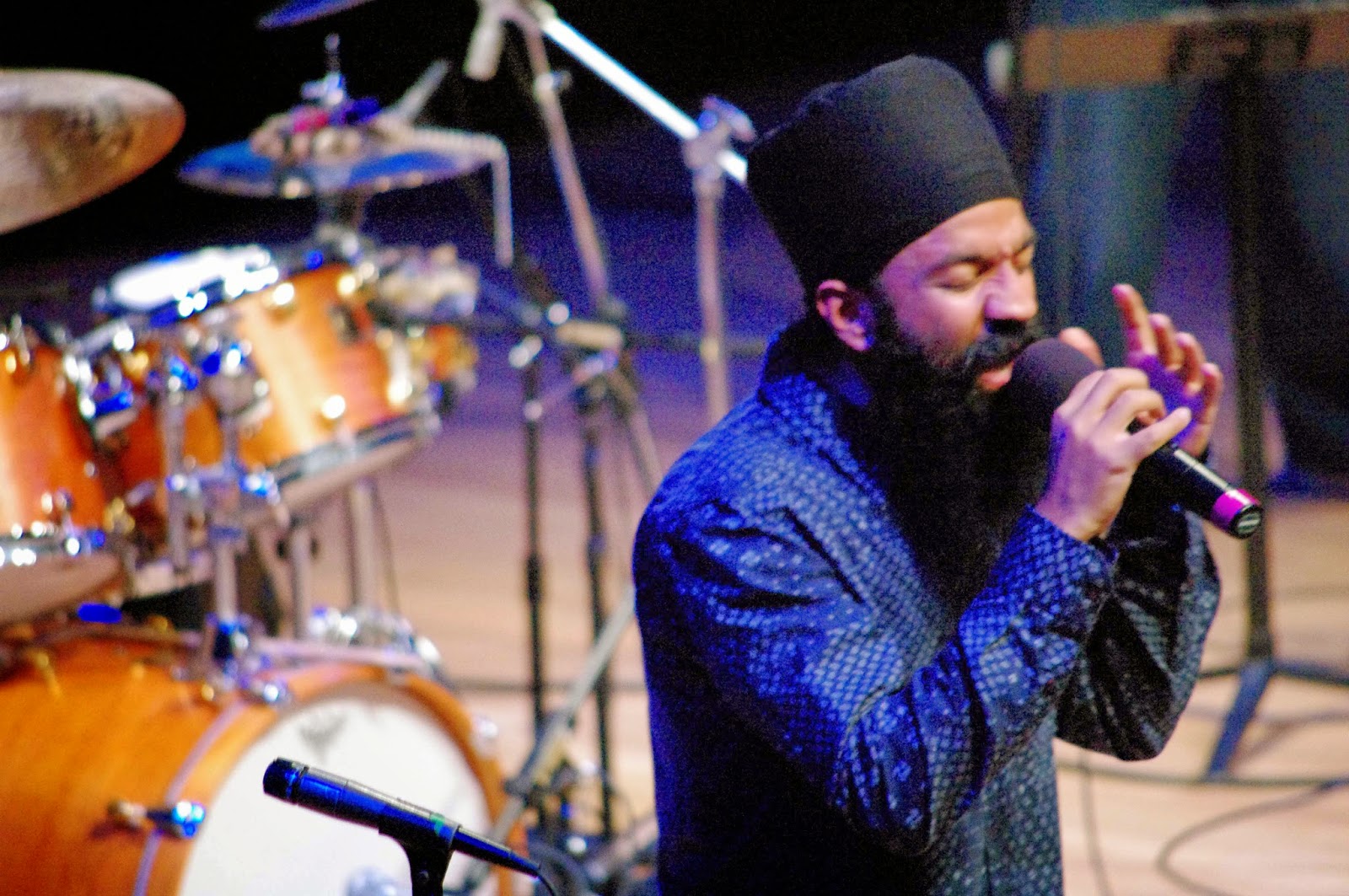 During the intermission, the usher asked if we wanted to move to the main floor but we declined because we liked having what seemed like a private box where we could see everything and everyone. 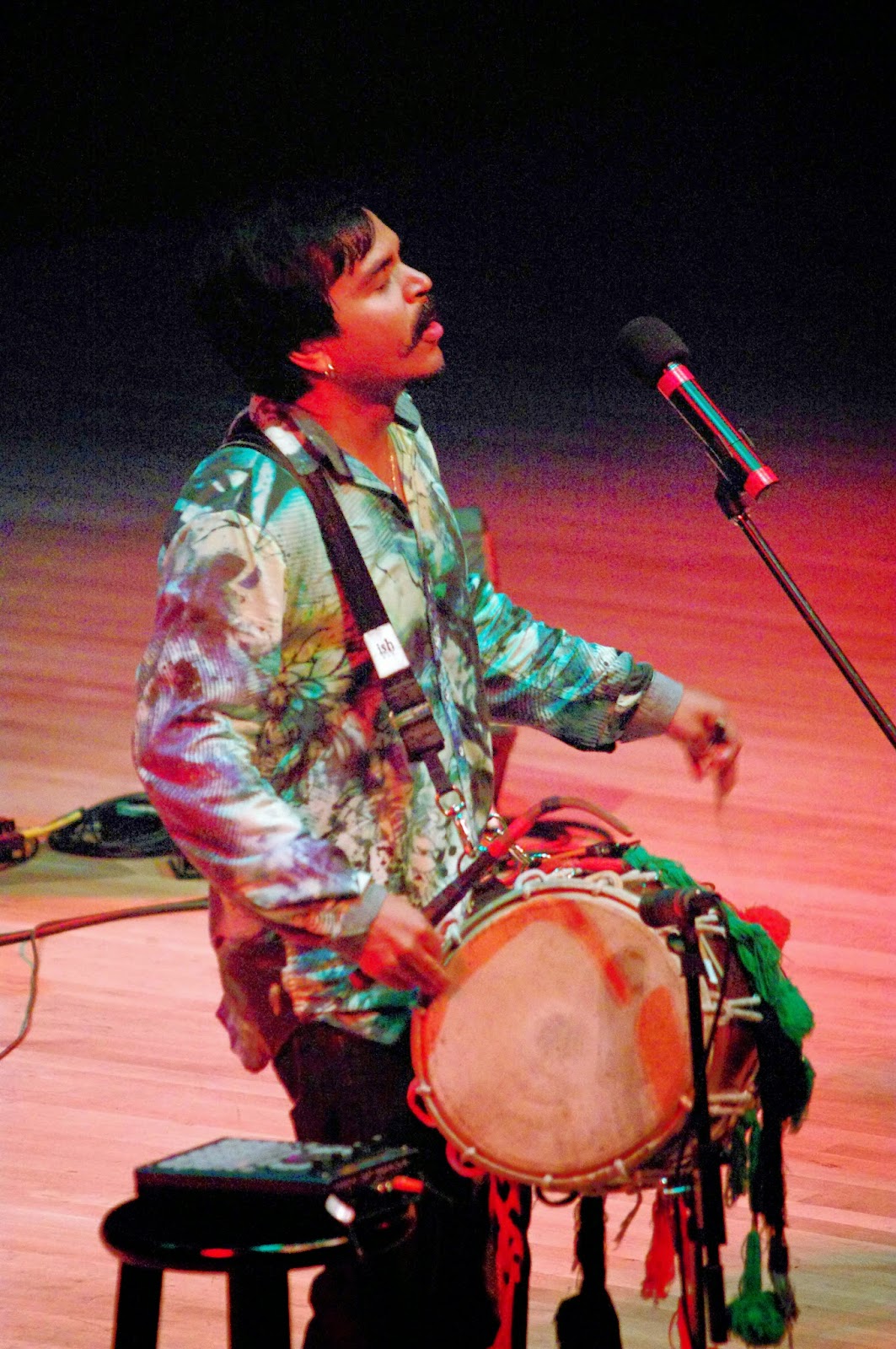 The music was amazing and it brought back so many memories: the music my mother used to listen to, a wedding I overheard while in Queens, the drums drifting through the mountainside while going to school in the Himalayas. 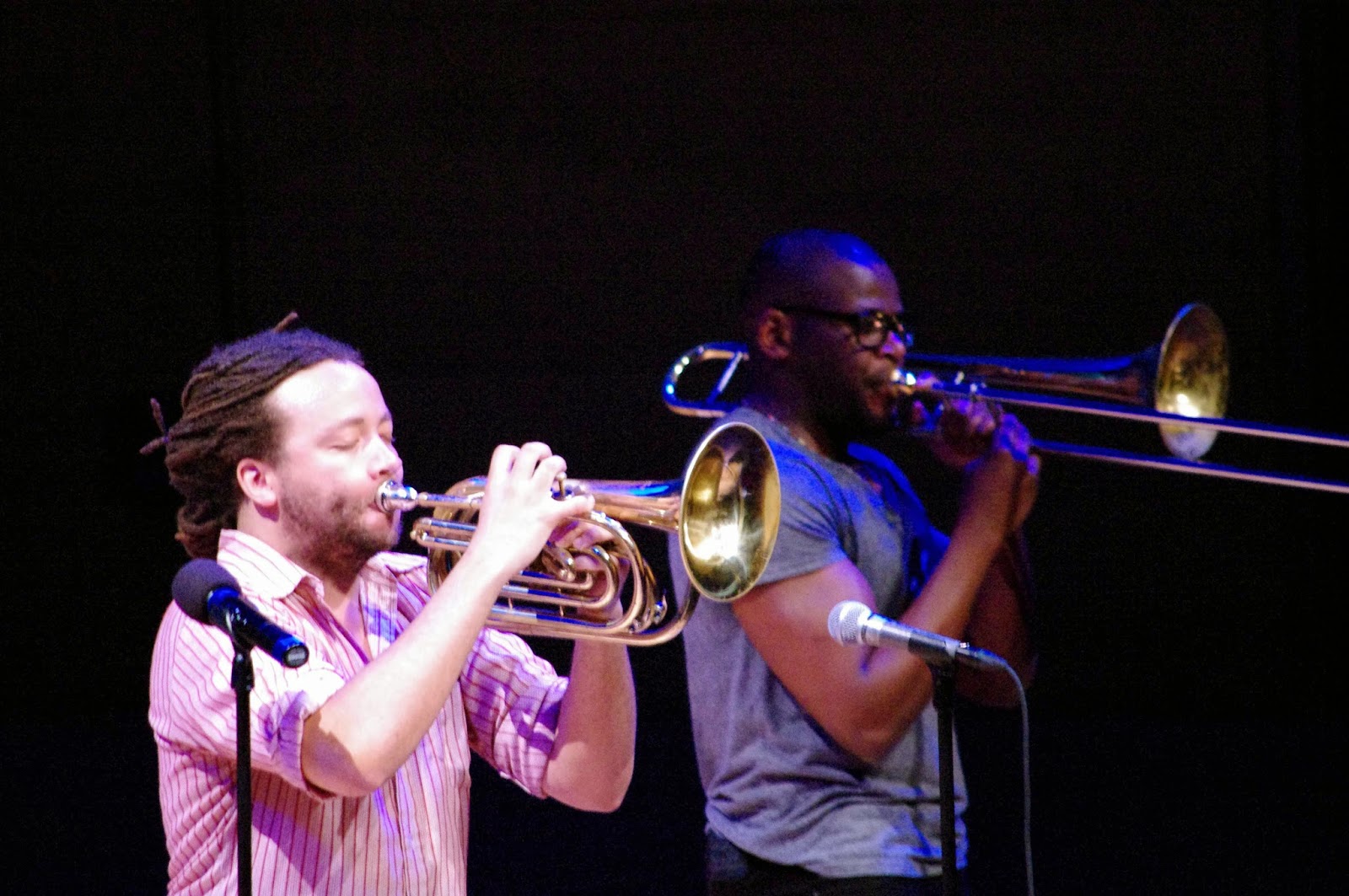 And of course, our trip to New Orleans. 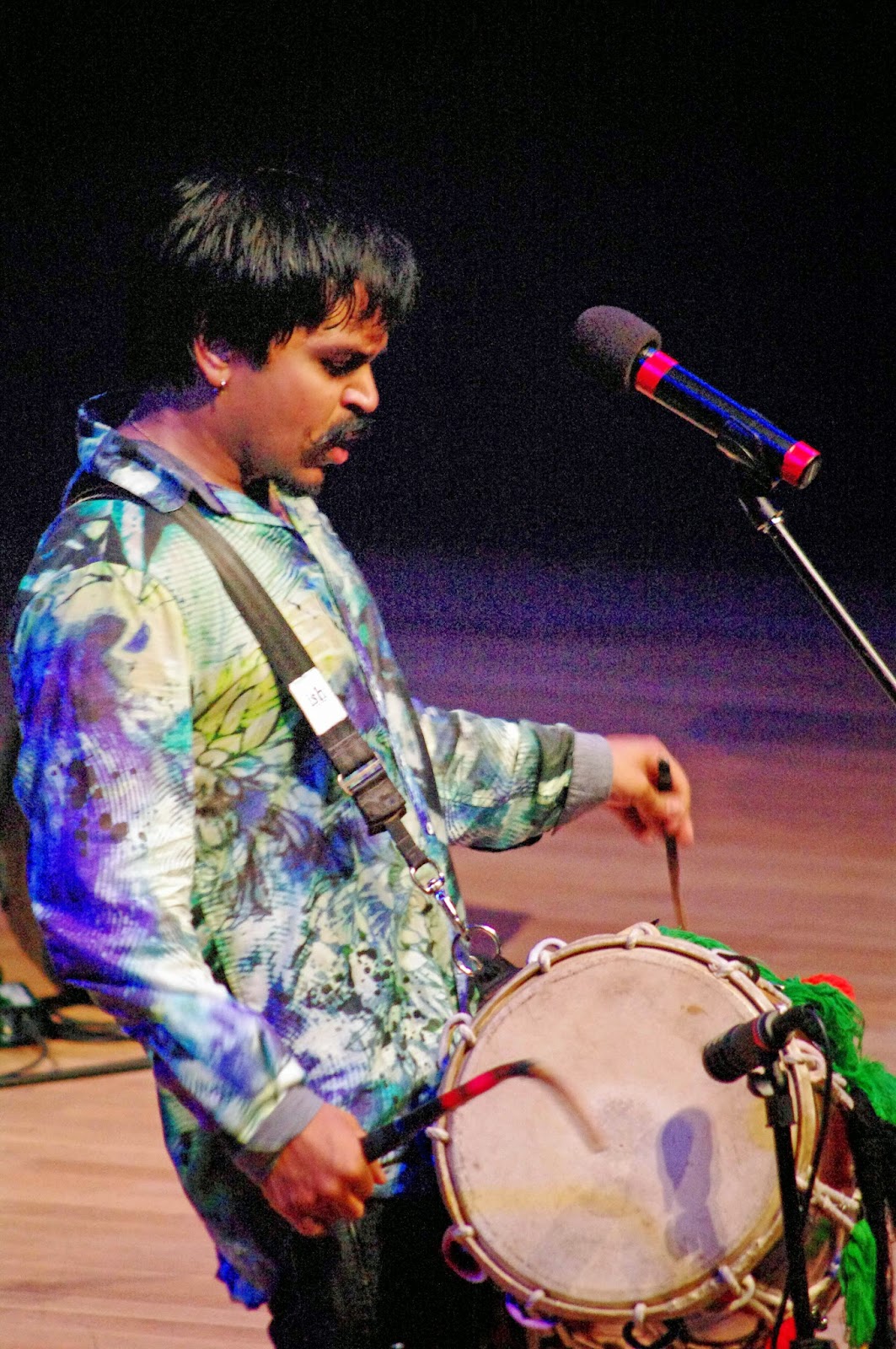 We even got to do a meet and greet after the show. These guys were so sweet and I surprised by their shy, mild manners after so much energy they threw around the show. 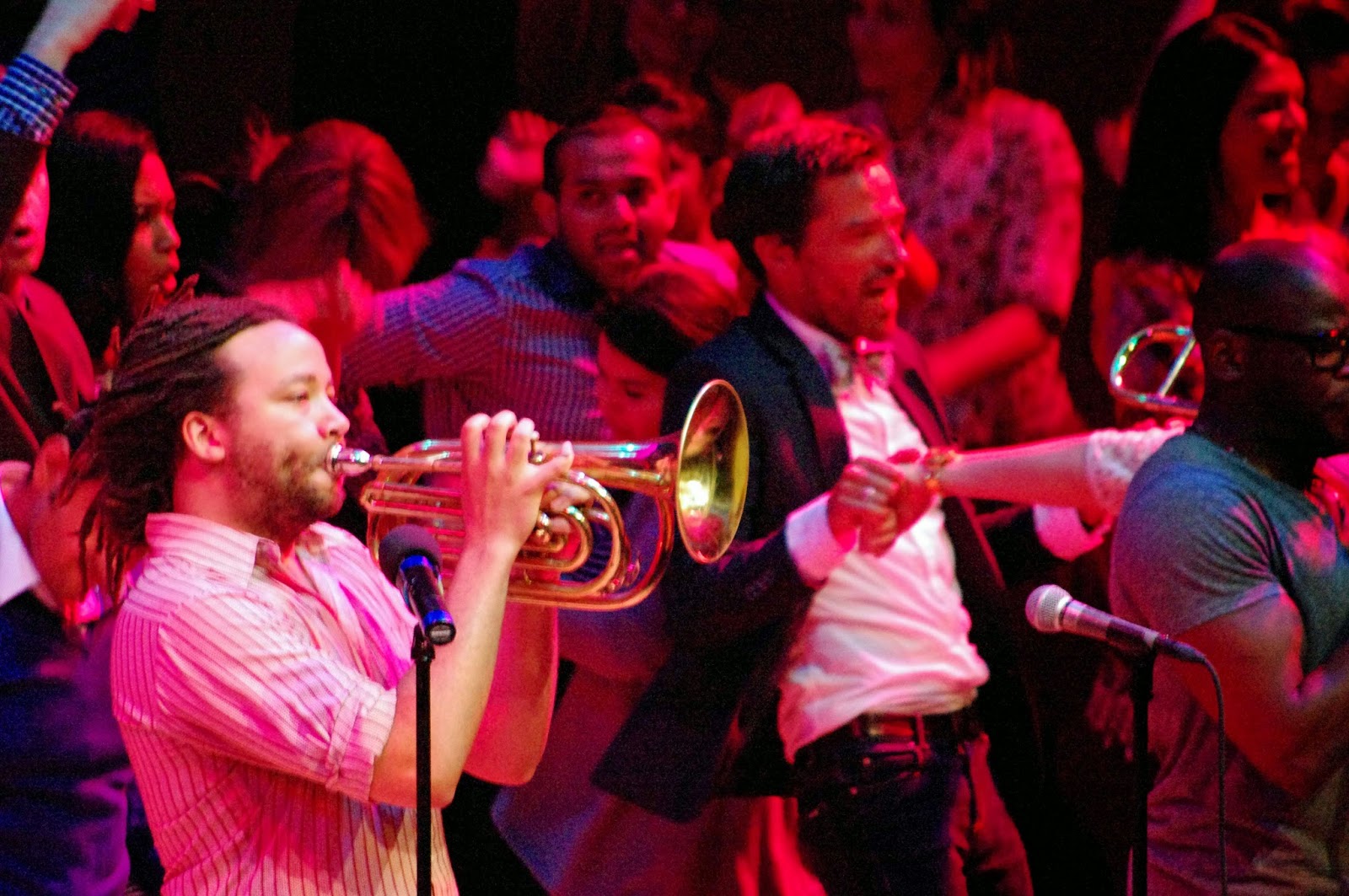 They invited the audience up on the stage and encouraged a dance-off. The evening was so much fun and I couldn't believe our luck at finding the perfect thing to do on our date night. 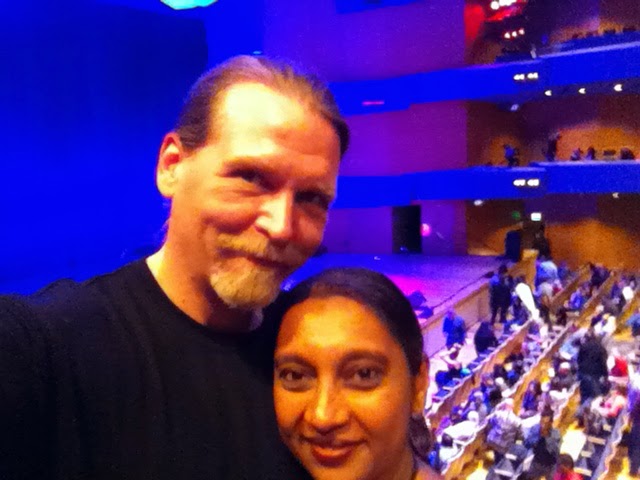 How fun would it be to see these guys in New Orleans, or even New York City. I think I would like to plan some of our out-of-town trips in a way that we get to see some bands.

And, yep, you got it. I snuck my camera in and managed to take over 300 hundred photos. I had a long chat on the phone with a woman at Orchestra Hall the day that we went and she assured me that if I got busted with my camera, they would not kick me out of the joint. When I was younger I had dreams of a career in photography and even had the chance to take photos at a few concerts. Why didn't I follow that path? Now I'm thinking I should talk to the neighborhood newspaper to see if I can get a press pass.

Minnesota Orchestra Hall never had a night like this, I'm sure. And I was thrilled to see so many desis in the audience. So much dancing in the aisles with the crowd rushing the stage. A few of the ushers were freaked out, but most of them were enjoying the crowd as much as the band.