so much has changed for the better 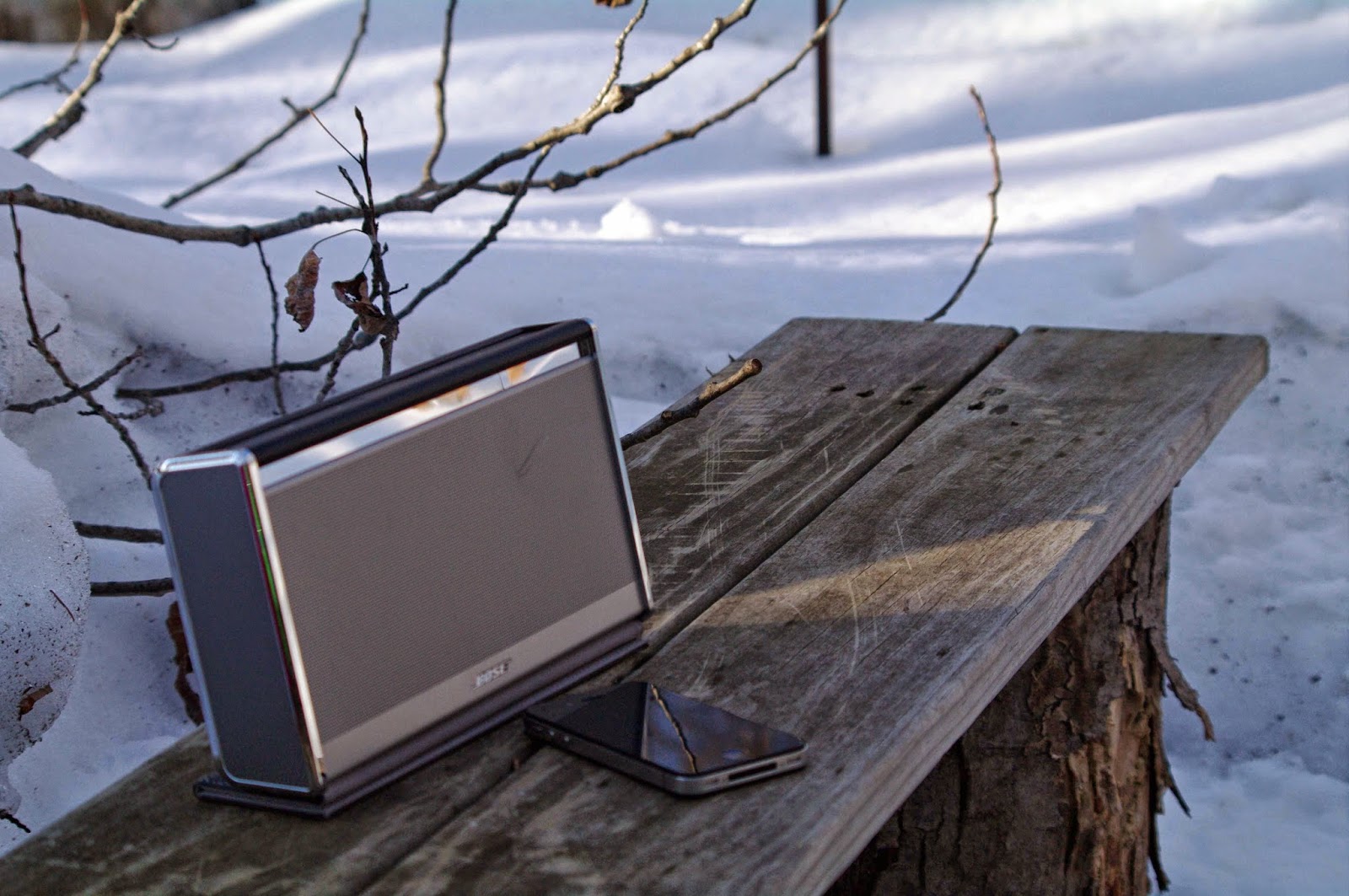 When we first got our Wisconsin woodland retreat we would leave the city and most of its technology behind. No cellphones, no broadcast television, certainly no internet. There was community radio (WOJB - the best radio station in the Midwest!) and any DVDs I remembered to bring.

Now we are in a time when smartphones connect us to Pandora which in turn is connected to a portable Bose speaker - all done wireless. Still no broadcast television or internet, but I imagine that will be coming sooner or later.  Whether or not we want those is for us to choose.

I remember when we bought that speaker.  It was date night (a relatively new phenomenon for us) and we decided to gift ourselves. Music was a good way for us to connect on many levels, every level, chummy and intimate, but more importantly, outside and out-of-doors.

In the woods the music is constantly being turned and just as often, turned off. The woods are full of rustles, yips, gobbles, skitter, scatter etc.

Notes from my journal:
Six trains in the last two hours.  The quarter moon is to the west, traveling to the right, setting at about 11pm.  A mess of coyotes earlier to the east and south of us. Just now they've shifted to the west. To the south there seems to be a jumble of them, yipping, howling. I don't know. Sometimes they sound like dogs, sometimes they sound like wolves.  Those confusing sounds and the fact that they are coming from many directions are the two reasons why I think coyote.