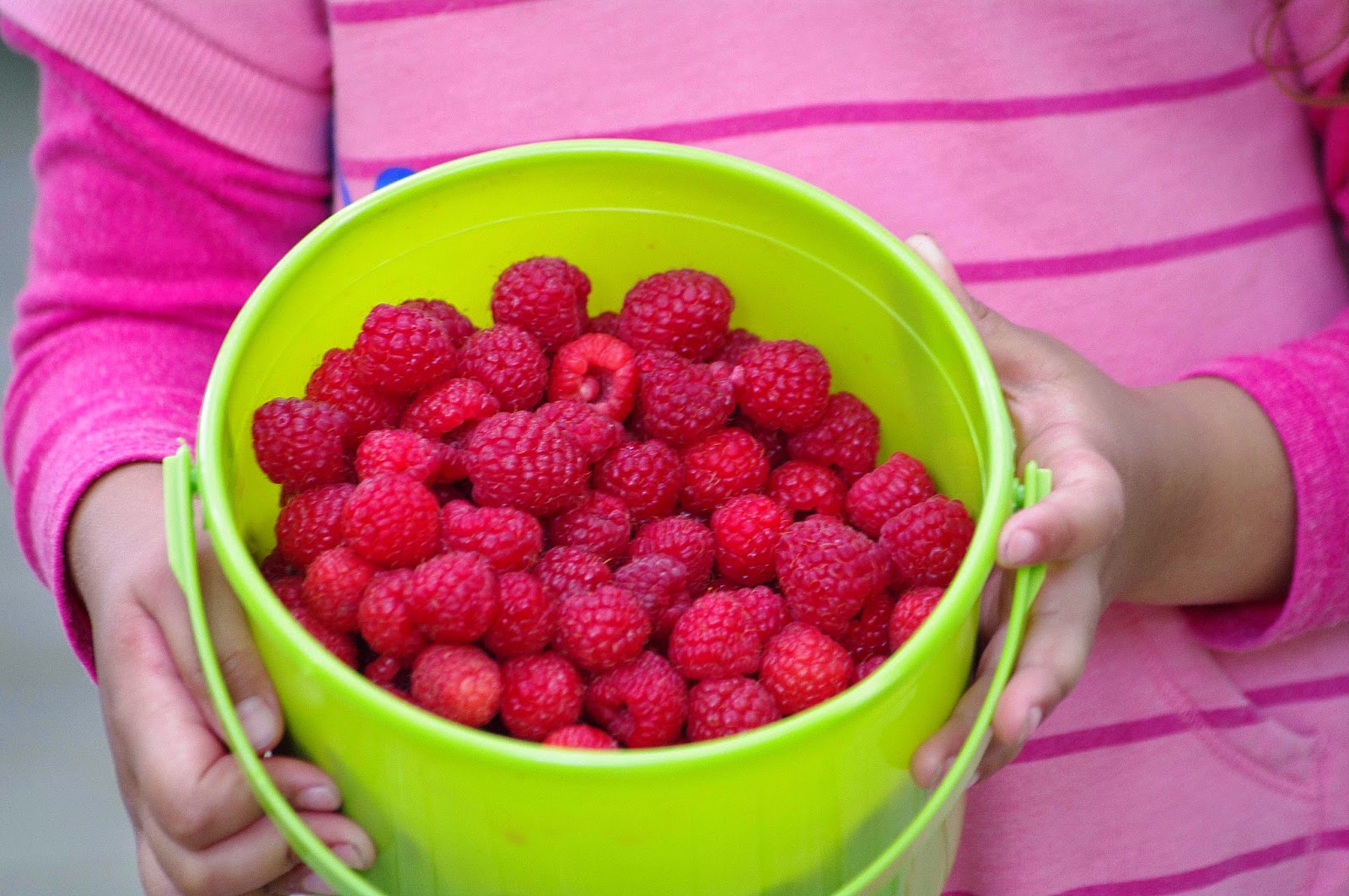 If June is all about the glory of summer, I think July is all about abundance. Lots of sunshine, water, berries, lazy afternoons, late evening light, flowers, butterflies, dragonflies and boating. I feel so much gratitude for all of this in my life, right now, this summer.

“Do not spoil what you have by desiring what you have not; remember that what you now have was once among the things you only hoped for.”
― Epicurus

For me the perfect summer day is spent out on our old boat fishing, swimming and cruising the river. Dave caught two fish! We swam all around the boat despite the green river muck. We washed up with our biodegradable soap and escaped the searing heat of July. By the end of the day we were all tired but resisting sleep.

By ten at night we were driven indoors by a lightening storm. And while there was a little bit of rain, the fury of the storm stayed just south of us, just enough south for us to enjoy the lightening-filled sky. A mere 45 minutes later, the storm had passed to the east and what followed was dazzling. There was the clear edge of the lightening storm lighting up the darkness of the night and on the west side, the sky was totally clear and brilliant with the milky way and bright constellations. At one point, the rain was sprinkling down on one side of the trailer with no precipitation on the other end, a difference of over 30 feet - no kidding. It is a new moon so there shouldn't have been much light. Yet the lightening was so bright, its flashes lit up the mirror-like raindrops on the leaves of the tall trees. It was an amazing experience!

“You pray in your distress and in your need; would that you might pray also in the fullness of your joy and in your days of abundance.”
― Khalil Gibran


I can't help but think that summer is coming to a close. Yet there is still plenty of time for popsicles! Here are some great ideas.

Soon the autumn months will be here (my favorite season!) and now is the time to start planning for the next woodland projects to be done while the air is cool. We are going to build a little fort for the Lotus Bud and D needs a shed. I dream about things like this.

I'm super excited to see Rodrigo y Gabriela! I just booked our sitter and am cajoling friends to join us. No takers yet. Want to meet us there?

Rarely do we travel far during the warmer months in the Midwest. Over Thanksgiving we always head to Moab, Utah. I'm already thinking about how to pack efficiently for our long roadtrip and this will likely be real helpful.

“Cultivate the habit of being grateful for every good thing that comes to you, and to give thanks continuously. And because all things have contributed to your advancement, you should include all things in your gratitude.”
― Ralph Waldo Emerson

Let's face it. There really is no way to avoid the disney princess phenomenon so I'm trying to embrace it, watching the movies with a critical eye, and pulling tidbits about character building from some of the movies. The movies that were made in this century are so much better than the ones I saw while growing up. And the internet seems to be full of fun parodies and re-imagining of the princesses. Here are few I found recently:
"Walk Disney" Character Survive in an Apocalyptic World.
Disney Princesses Reimagined as Game of Thrones Characters.
Rejected Princesses.

Live like a princess in Horst's penthouse on the Mississippi River. It just went up for sale for a cool 8 million dollars.

So if you've ever looked through my 2014 Book list, you'll see a lot of urban fantasy there. Don't judge! I blame it on an old friend of mine who got me hooked. And thank goodness for that! I need this sort of mind candy, I think of it as part of my therapy (I totally used these books to overcome my internal dialogue about exercise). The new Kate Daniels book comes out this week (I thought about KD during my kick-boxing class) and so the next weekend is going to be filled with shapeshifters, a magic sword wielding ass-kicking heroine and non-sparkling vampires. Here's a little something to balance out all that ass-kickery:  Take a look at these adorable were-pups.

Good advise for me right now: Worry about yourself!

A little more on the serious side: 11 Bold Steps Taken by Remarkable People.

Have I shared this one about foxes? A couple of weeks ago, I caught site of our own neighborhood fox.

I was reminded of this little toad all weekend long. There were so many toads. If I used the word "plague" it would only be a bit of exaggeration. But "plague" implies a problem or in this case, a nuisance and these little toads were anything but a nuisance. As I walked the little paths of our land, they scattered like the parting of a sea. A few jumped to the side of each footfall and not just one jump, but more like jump, leap, hop, jump, jump, jump. Their springy leaps made me giggle.

I'll keep that image close to me this week for as long as I can.