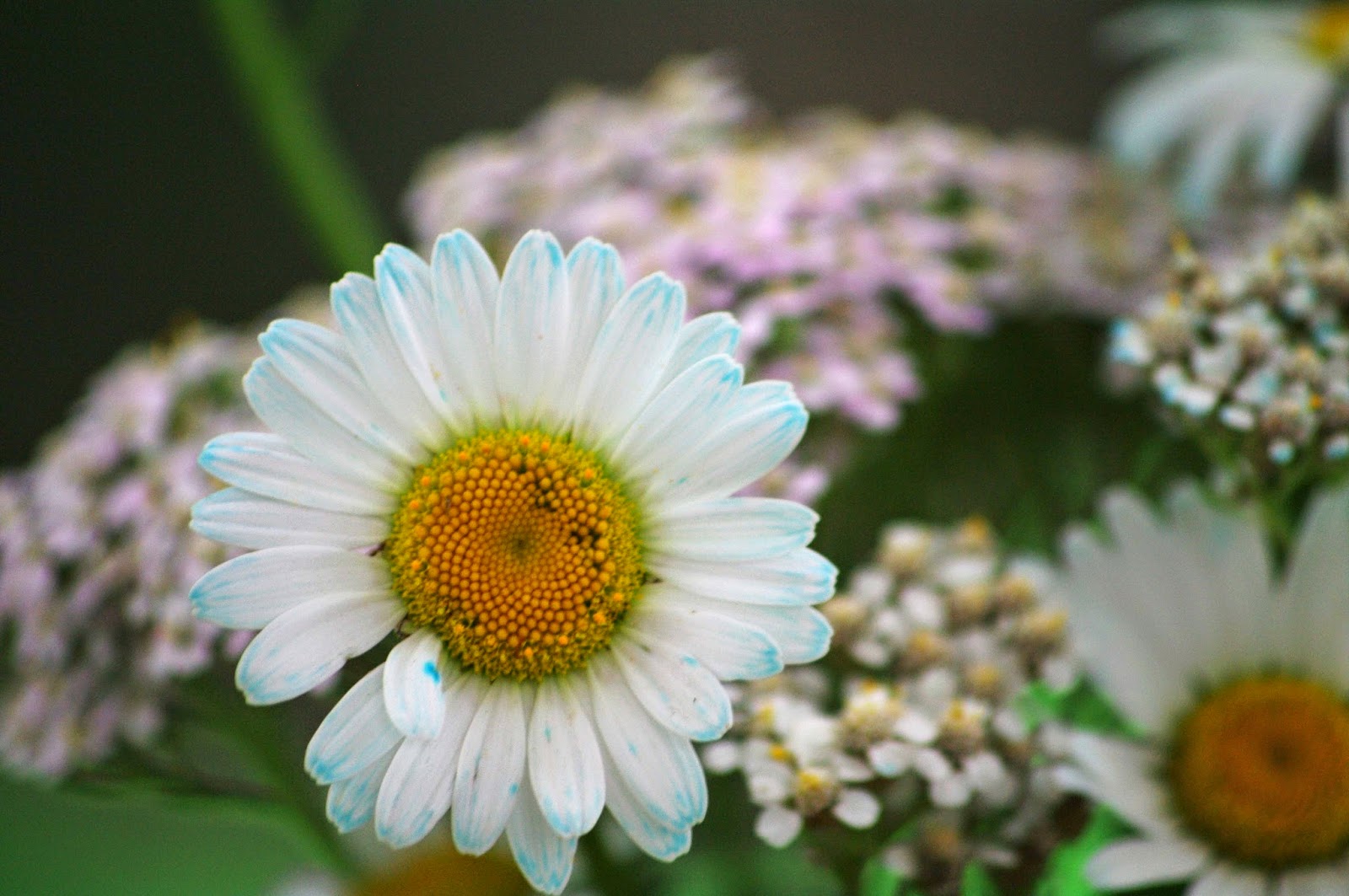 This is a project I've been wanting to do for quite a while with the Lotus Bud. We put blue food coloring into a glass of water and added flowers. It worked! It took a while but still it was a delight to see the petals take on a blue tinge. We also did it with purple but that didn't work. The strange thing is that some of those daisies pulled the blue out of the color combo. Interesting, yes? Yes! 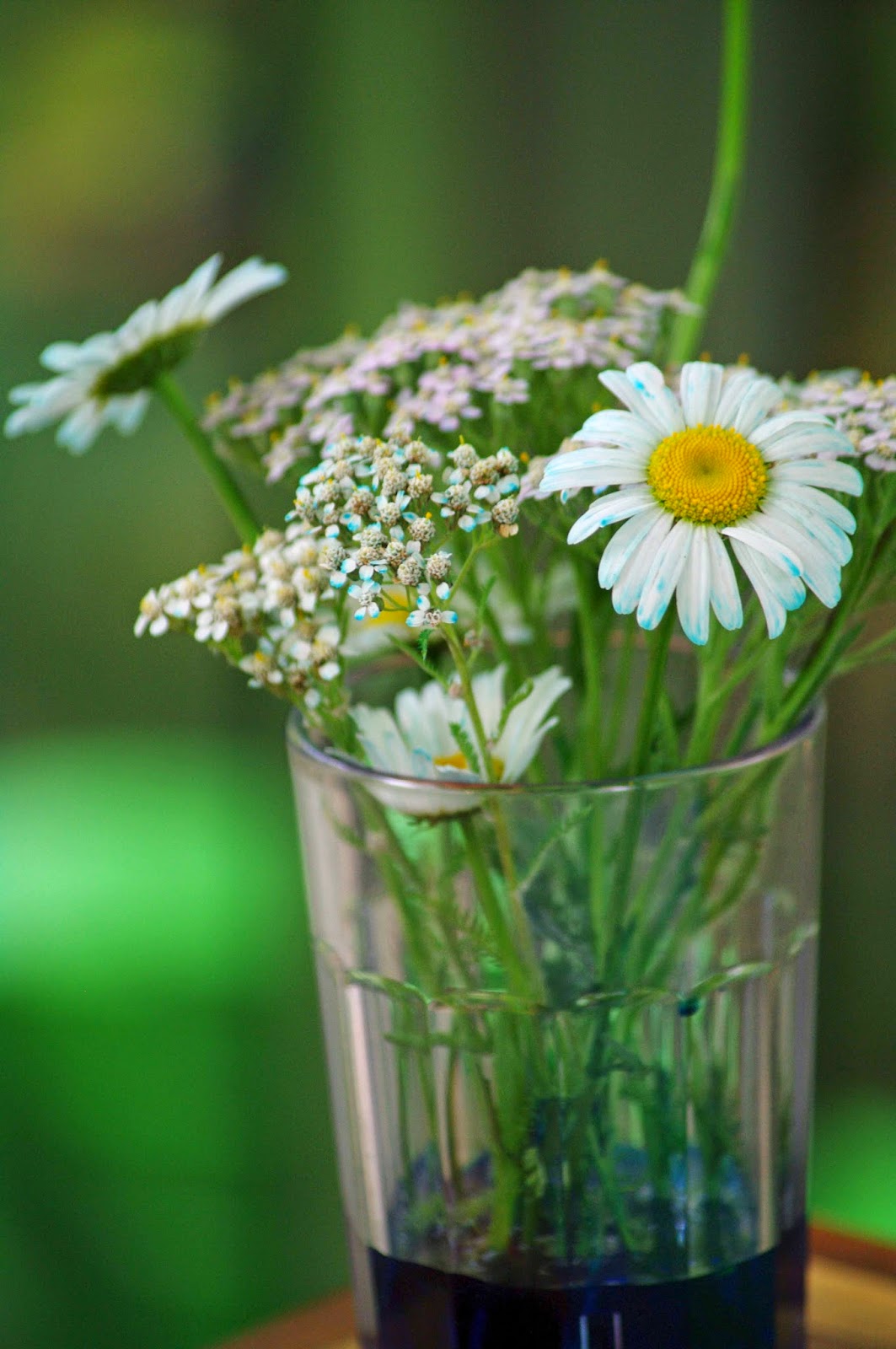 I got the idea here. And it was a good one. The only thing is that this project just took a few minutes. I'm seeking projects that keep the both of us occupied for much longer.

Also, I'm trying to think of things that we wouldn't ordinarily do in the city. We are considering building a fort for the little one. Dave mentioned something about adding a swing and I found myself being totally opposed to that idea. I don't want to build her a playground because I adamantly believe that the woods should be her playground! Besides there are playgrounds nearby. In fact we took the boat to a campground to pick up some more water from the pump and right next to it was a small playground so she got a bit of that experience. I think her imagination will soar if given the opportunity to be creative out in the woods. That's how I grew up. No crayons or playgrounds in my early childhood. I had to entertain myself and I was lucky enough to grow up in a area where I had some woods and a creek to explore.

I don't like the idea of having to constantly entertain my child. Sure if it's little science projects like getting flowers to drink blue water, I'll do it. But I despise taking my child to a city playground. I would much rather take her to a park near a lake and let her run, find feathers, splash in the water. I want to her to explore the world on her own terms and not be dependent on stuff that's been made for her.

That's just how I am.