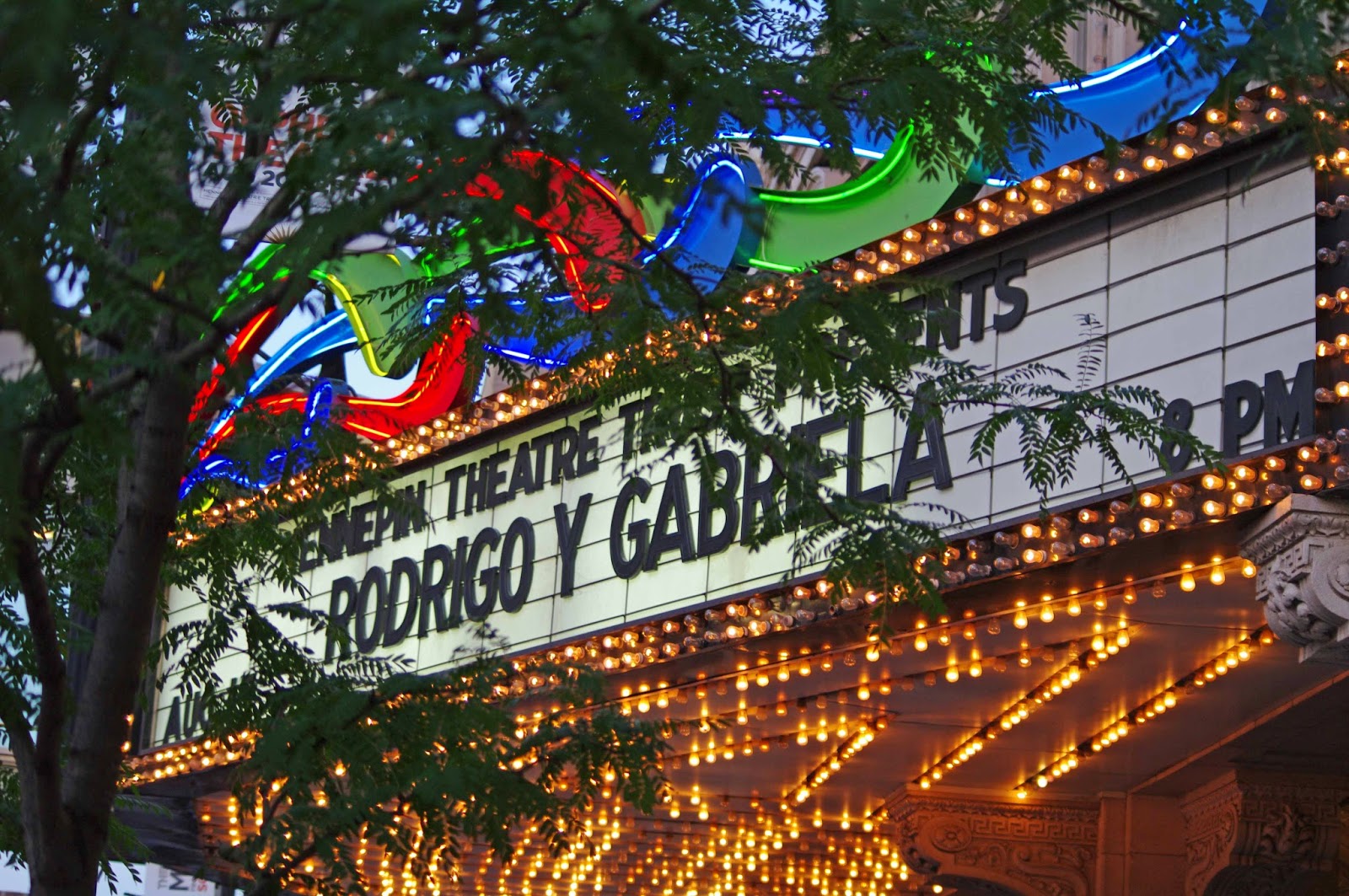 I've got it bad for guitar players. So much so that I eventually married one. 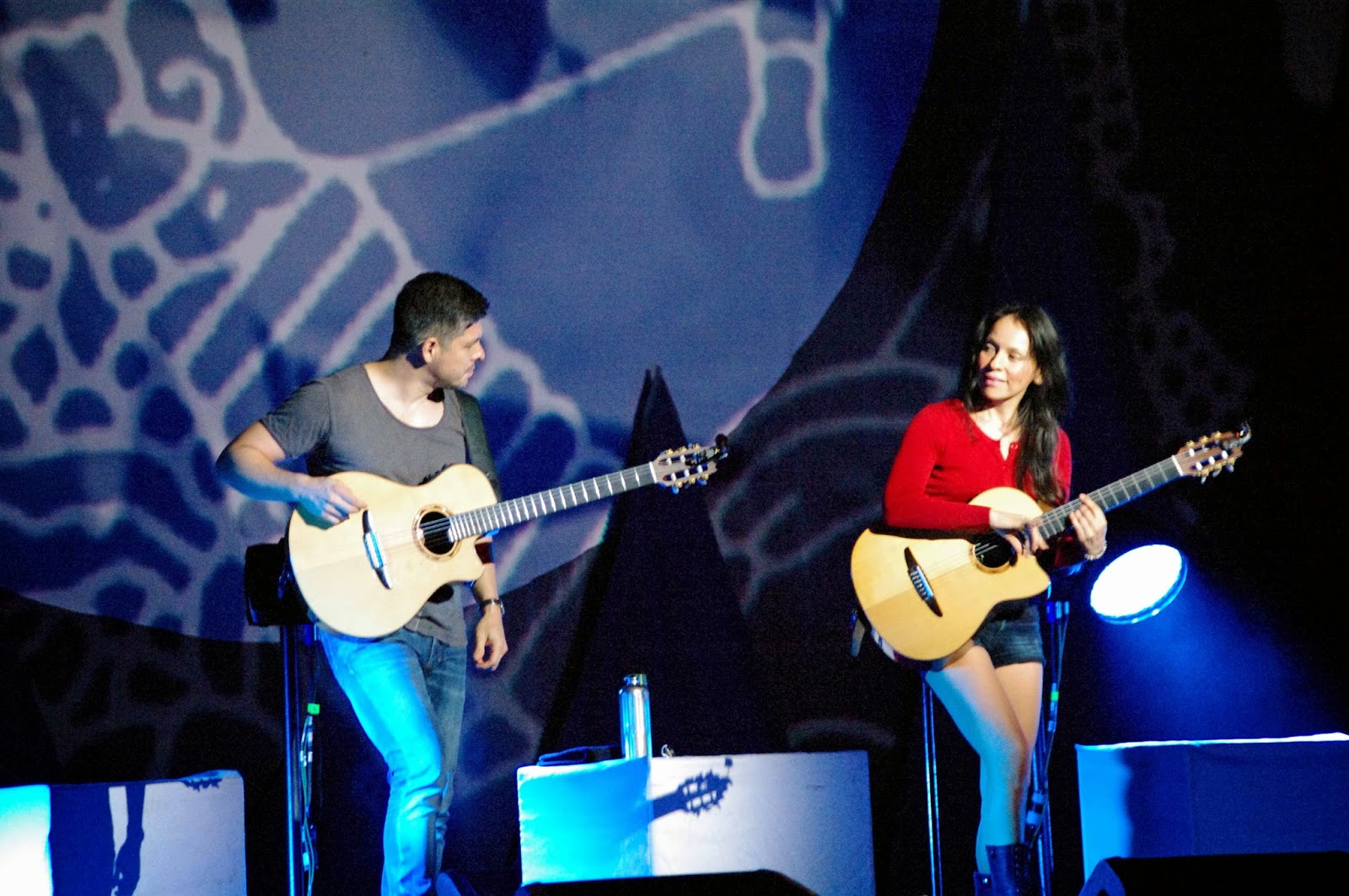 These two? They are quite possibly the best I've ever seen. And the sexiest. 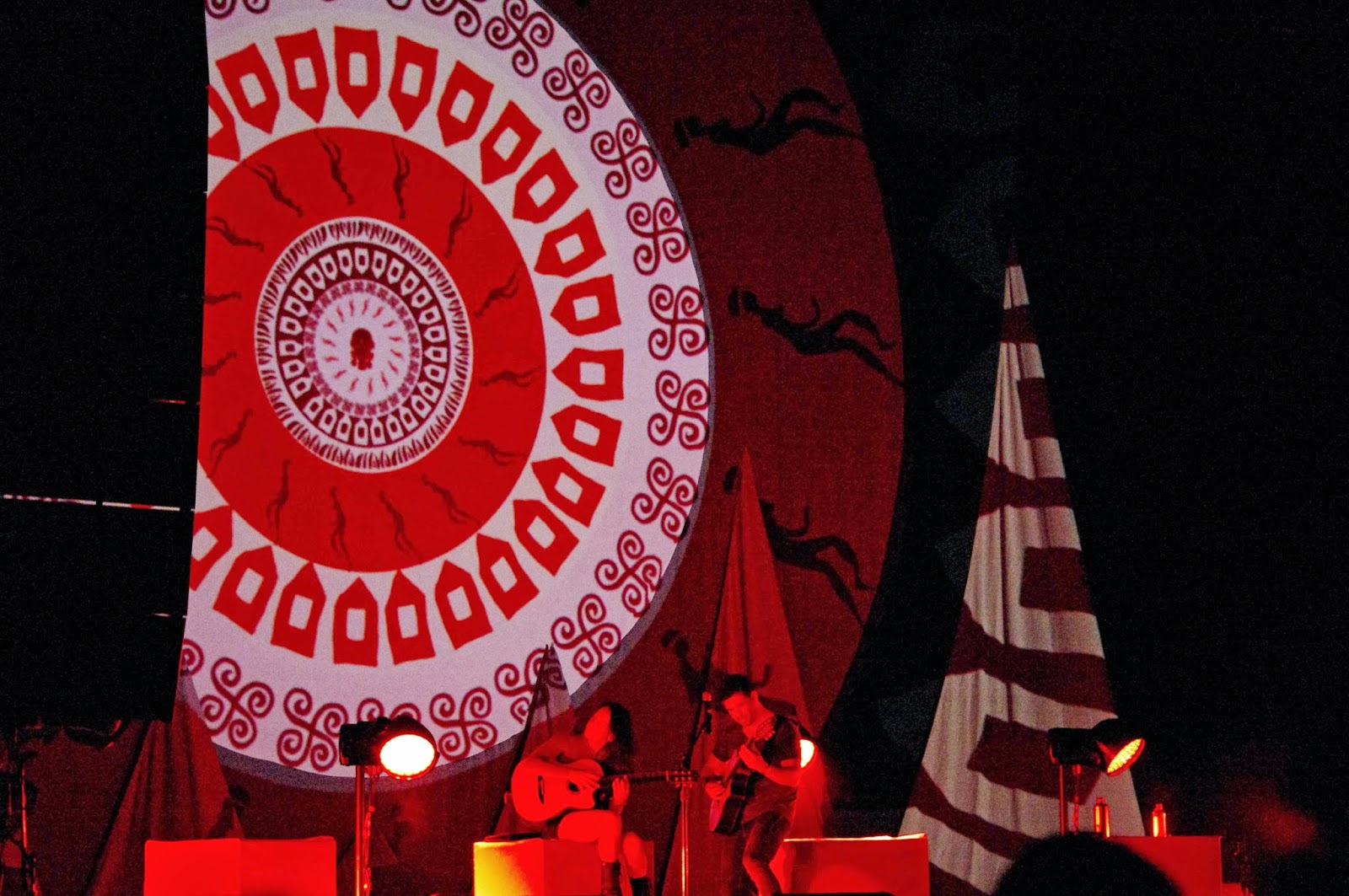 So let me tell you a little about myself. When I was younger I went out to see live music all the time. In fact, my relationship with Dave began with nights out at small bars where the music spilled out onto the street. Before him I dated a lot of guitar players - peacocks, showboys, wannabe rock stars. I am drawn to guitar players and I'm fascinated by their hands.

I am also very short so I'm very good at getting myself right up to the stage. Just keep a hold of my hand I will pull you along with me. See that reddish photo above and the long black speakers on the left of the photo? Eventually on our night out, I got us right up to those speakers and the opportunity to feel Gabriela's vibrations was sublime. 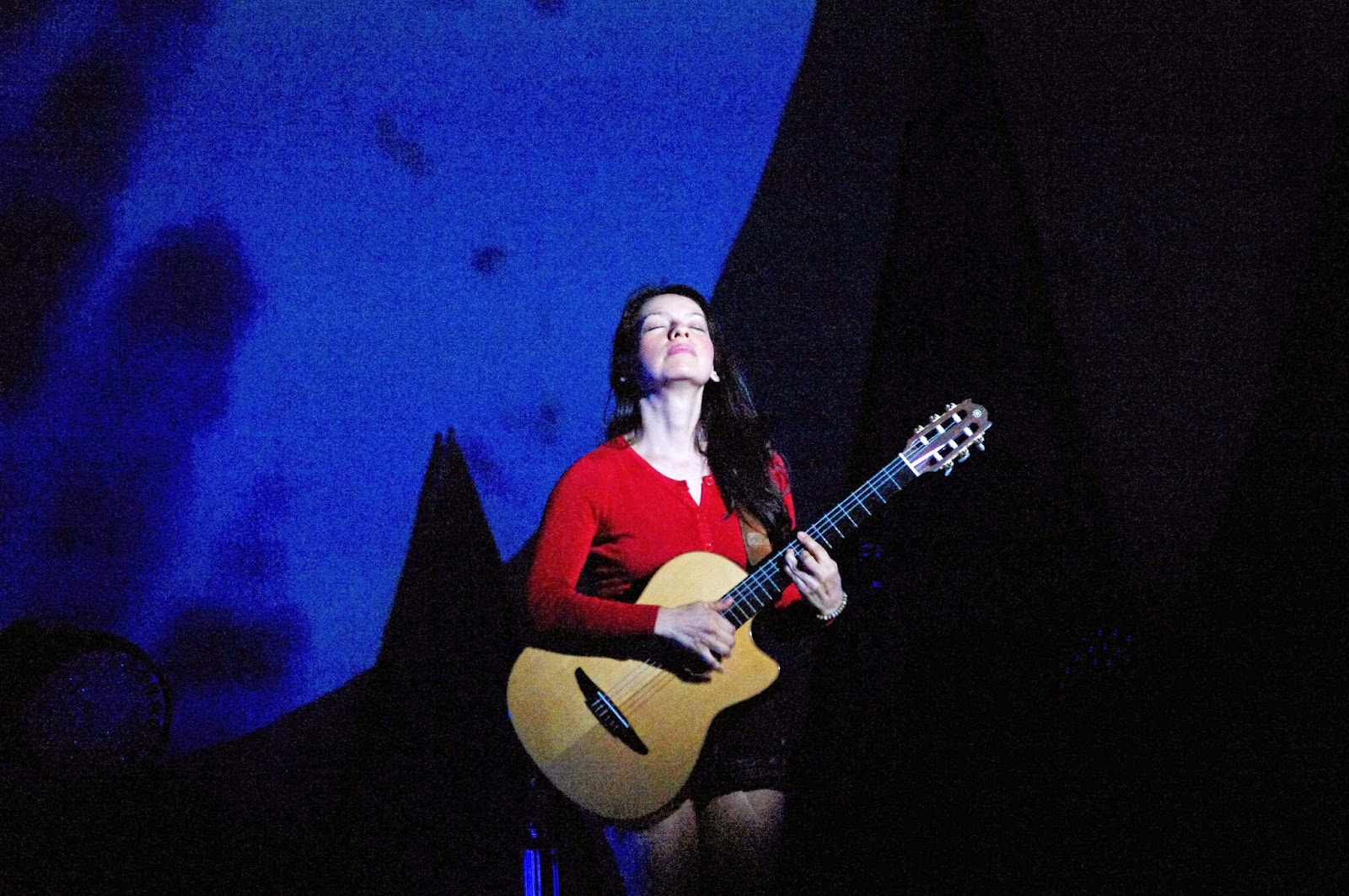 This woman! My god, she is the epitome of sexy talent. See her just getting carried away with her music. I couldn't get my eyes off her. 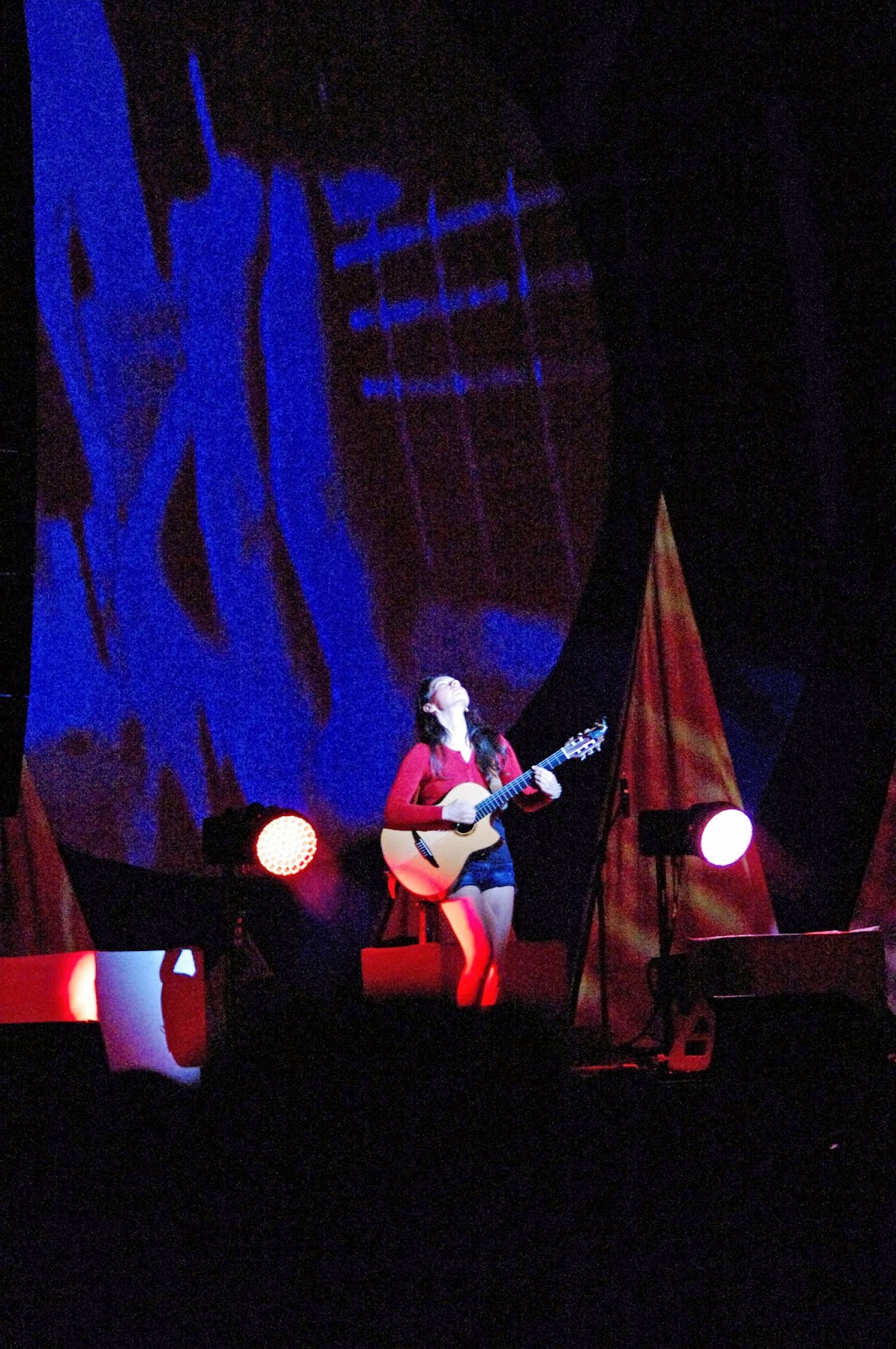 But eventually I did move my sights to Rodrigo and he has much to offer in terms of eye candy. 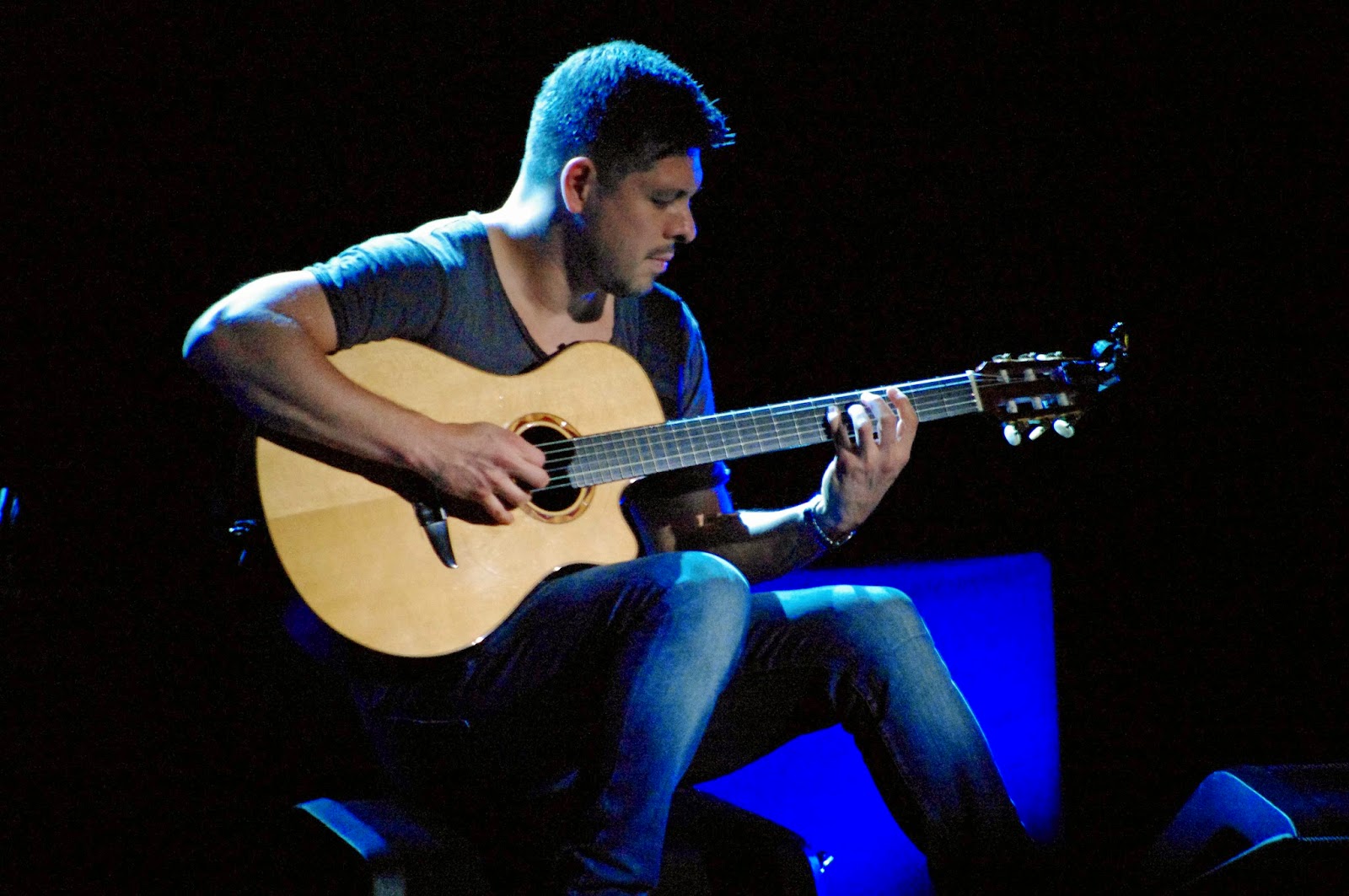 I'm sorry. Really I am. I shouldn't just focus on their physical beauty because that alone did not make them so incredible. 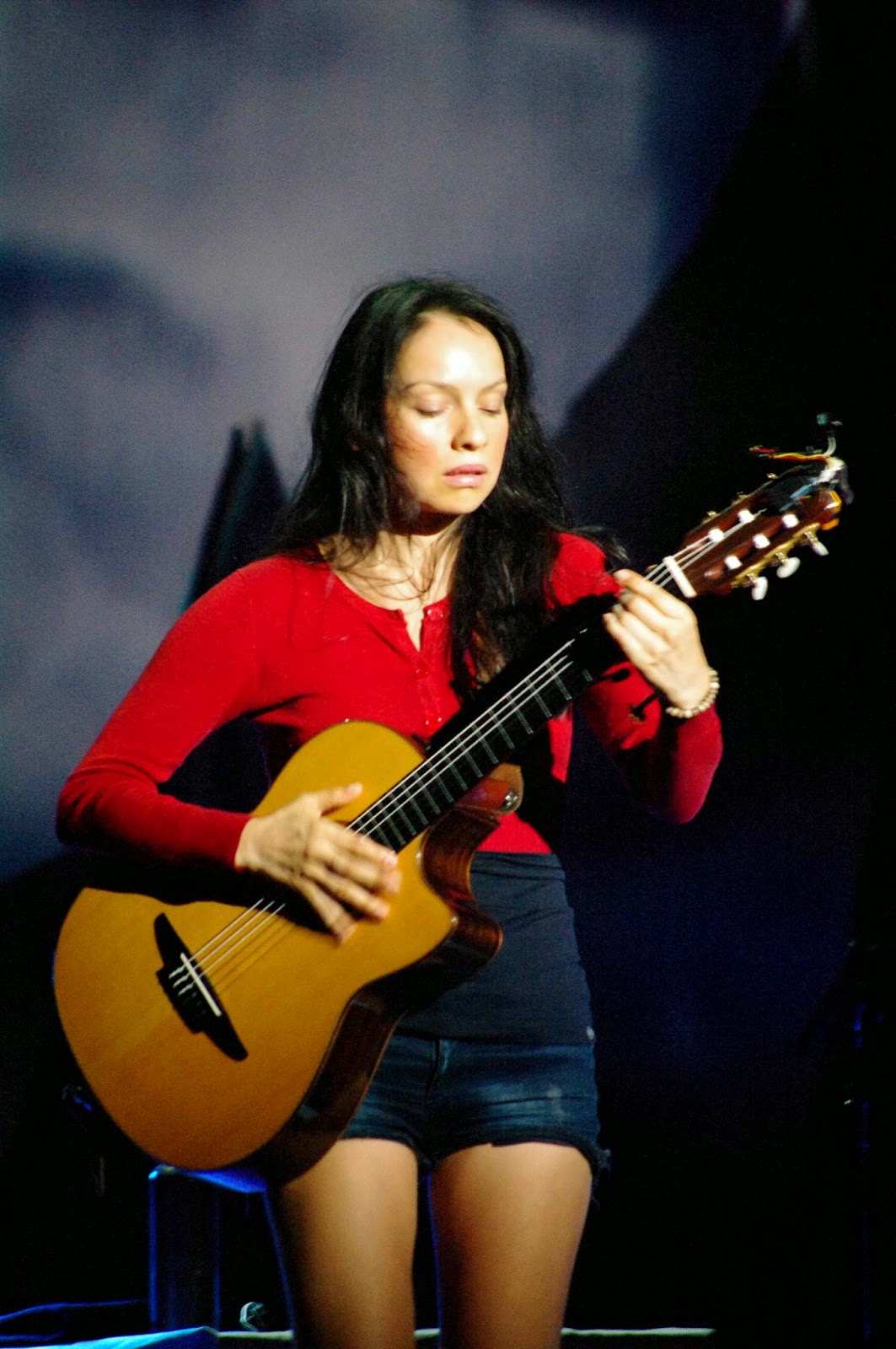 It's also about their guitar-playing. 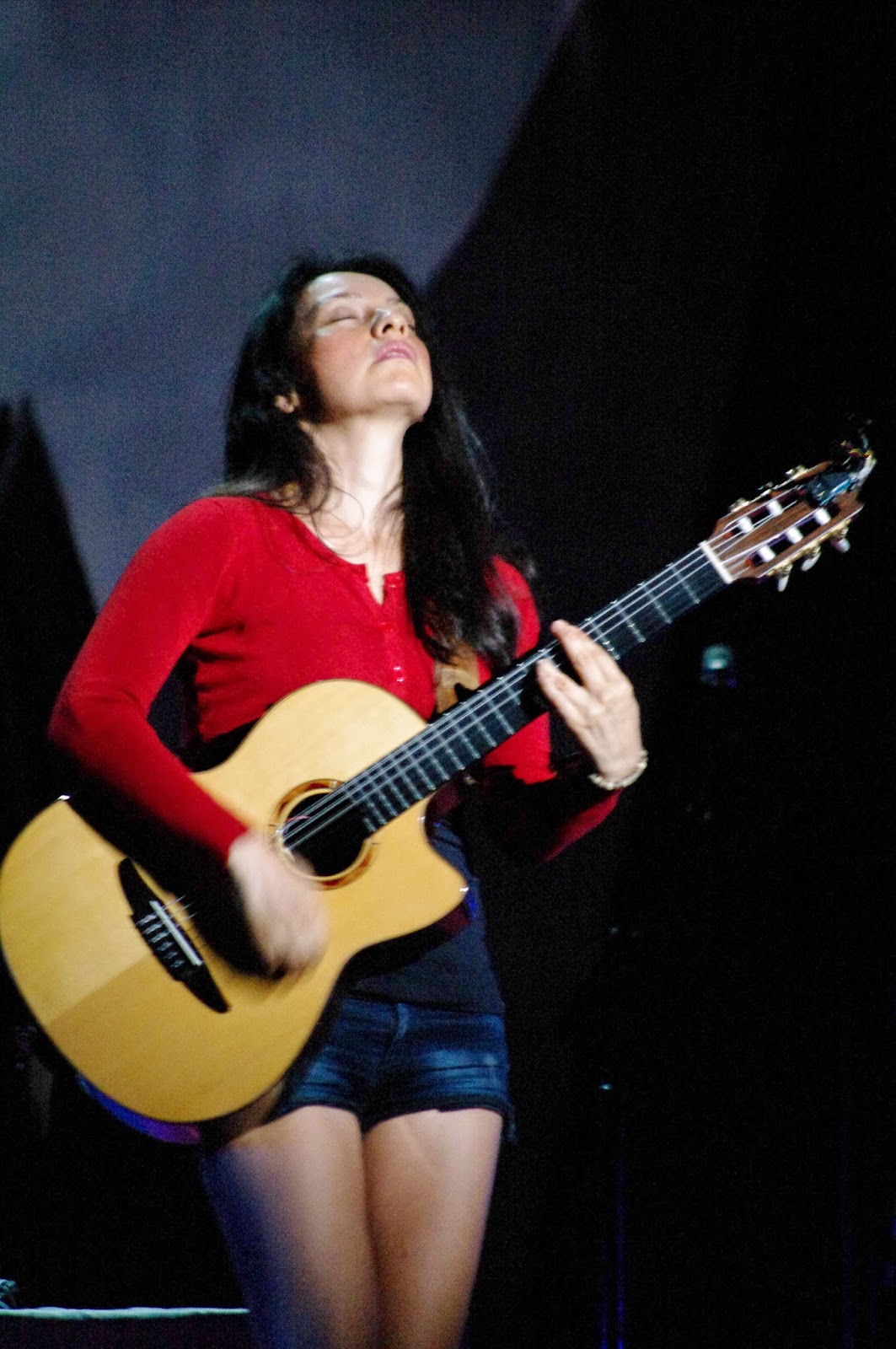 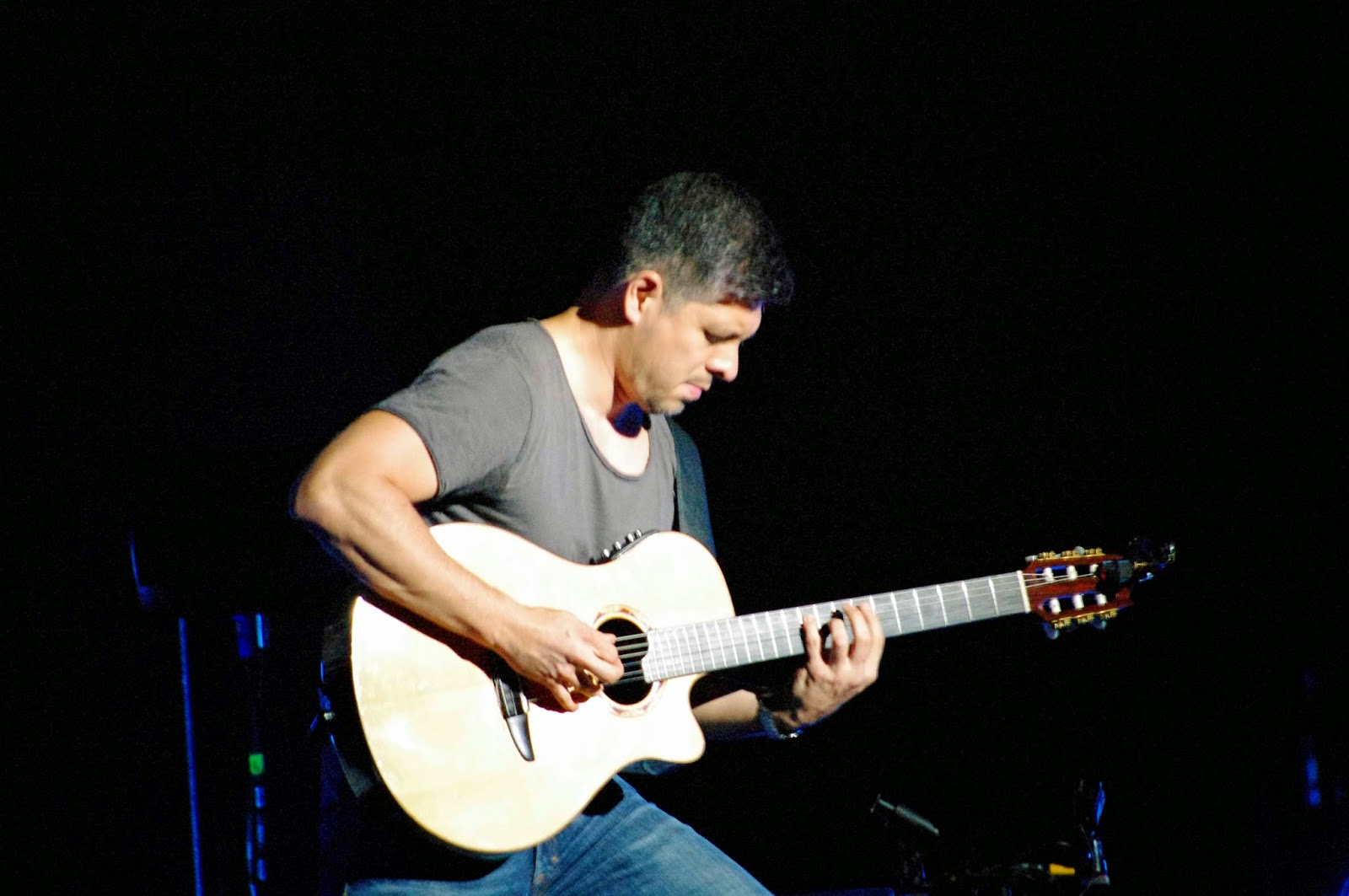 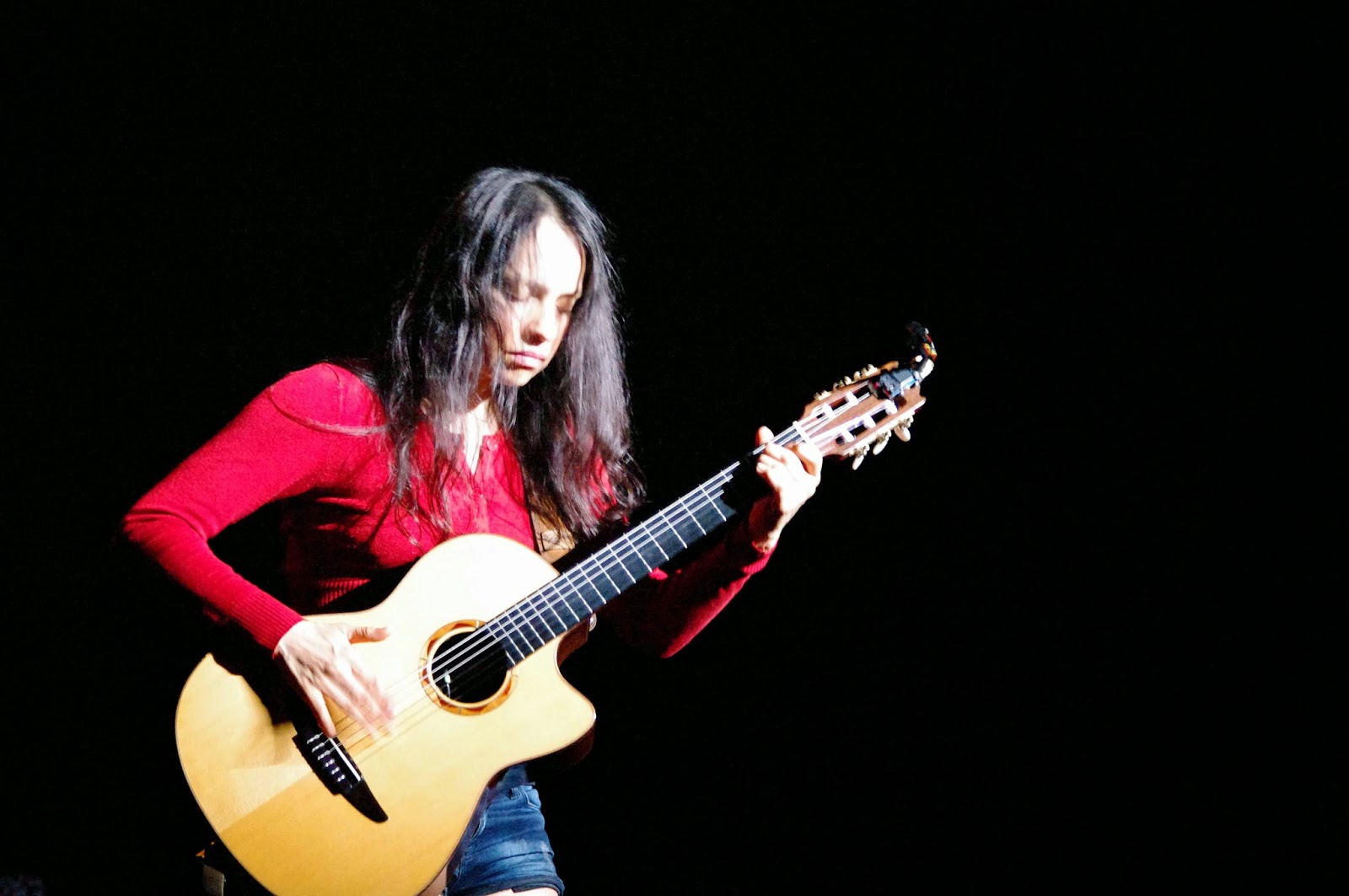 It's just the two of them, no percussion, no bass, no nothing but the music created by their own two hands. 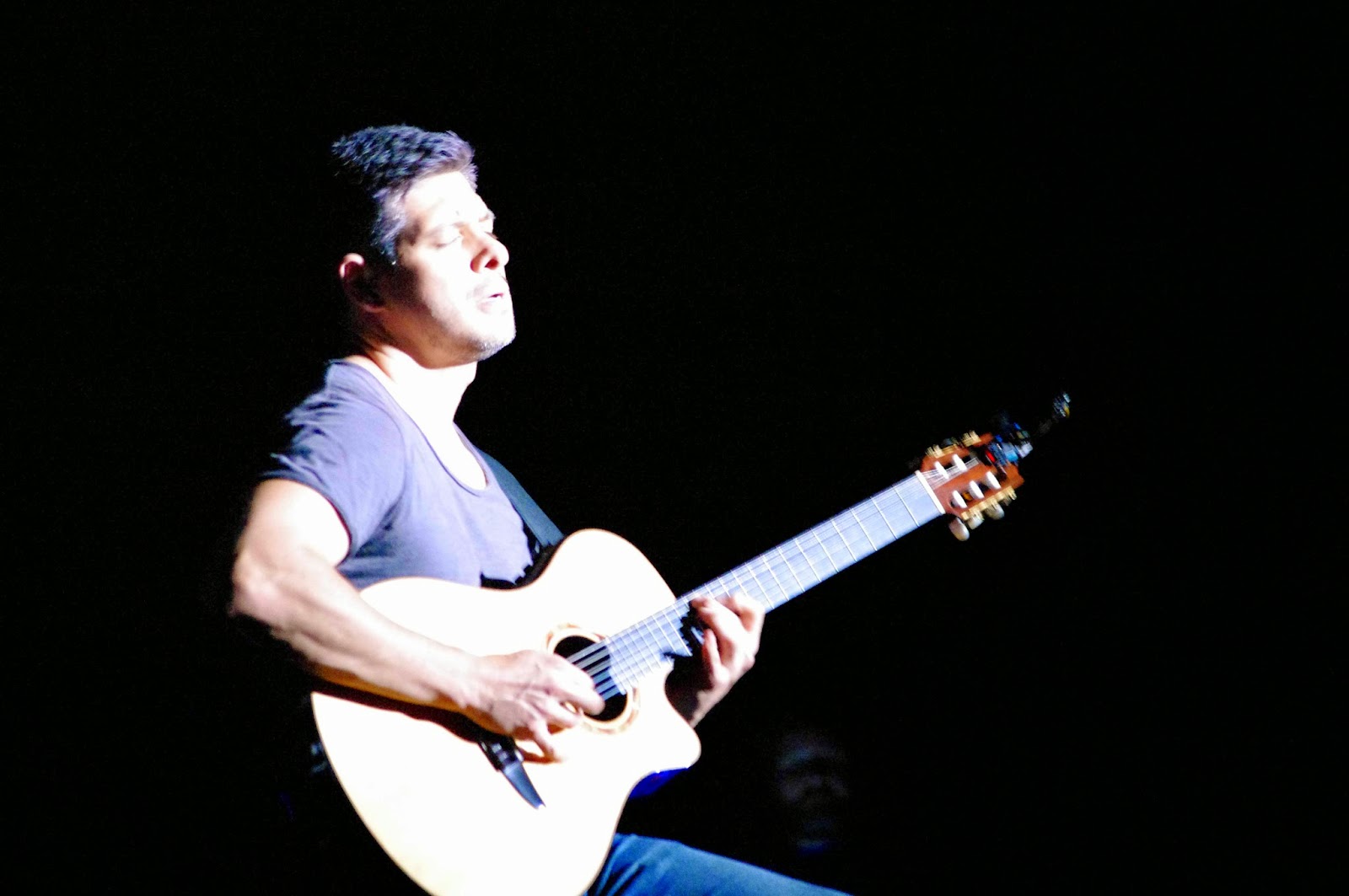 Keep in mind that this concert was in Minneapolis where there just might be the most respectful audience on the continent. No kidding. Rodrigo even made some comments about that (see how I can use his name so affectionately like that, like we know each other well?) 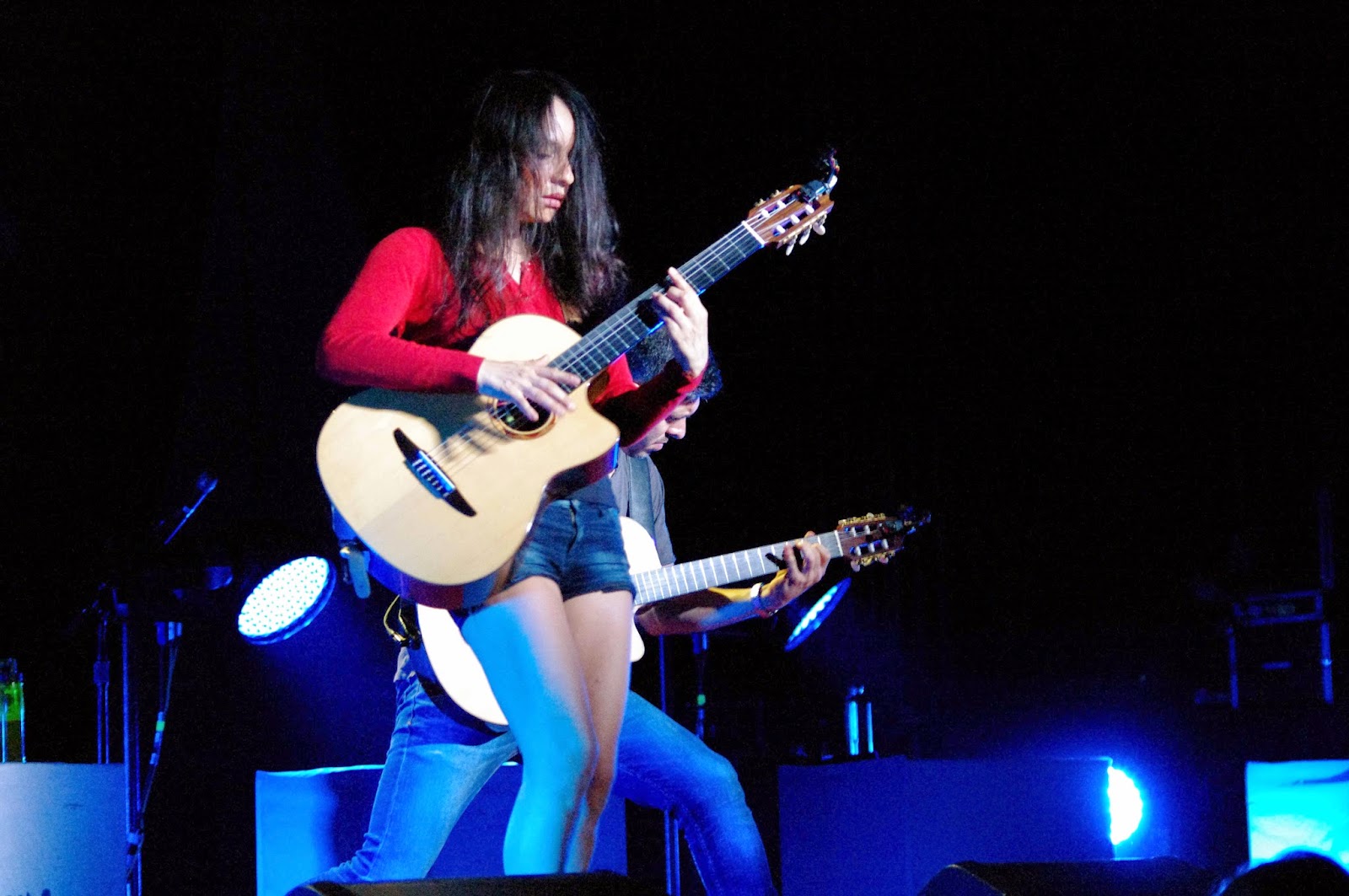 But I was getting antsy and within this sort of environment that means I'm down the road to rowdy. Add in a shot of whiskey and I could just see that Dave knew he had to take control of the situation before I caused an incident that would likely get us banned from the State Theatre (a bit dramatic, yes, and probably not true but just go with it). We were stuck back in row Q and the stage was calling me. 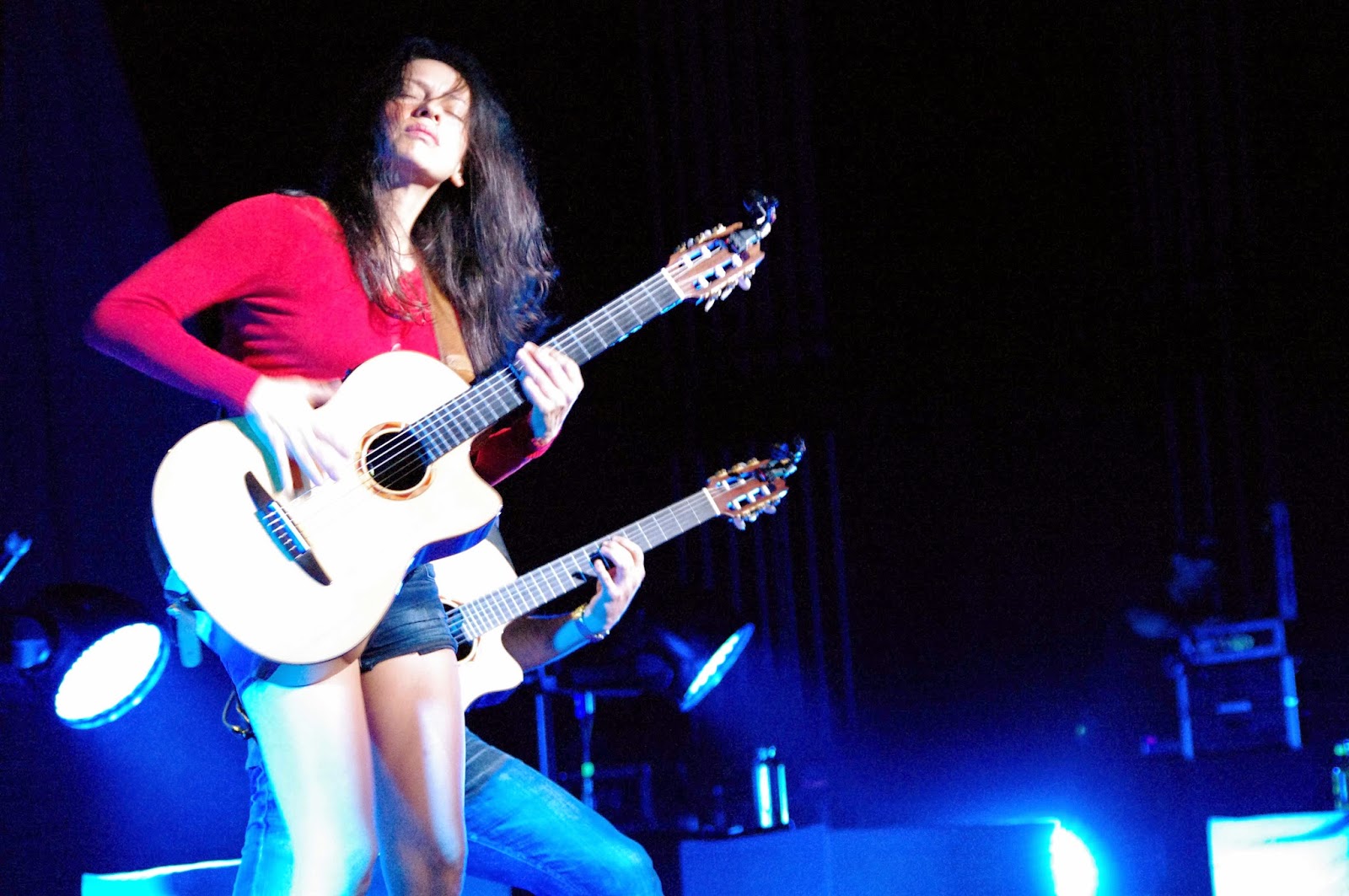 So when I returned from the bathroom, I found that my wonderful husband had abandoned his seat and was leaning against a side pillar. I quickly backed up next his body and felt his arms enclose me. Probably to keep me from storming the stage. 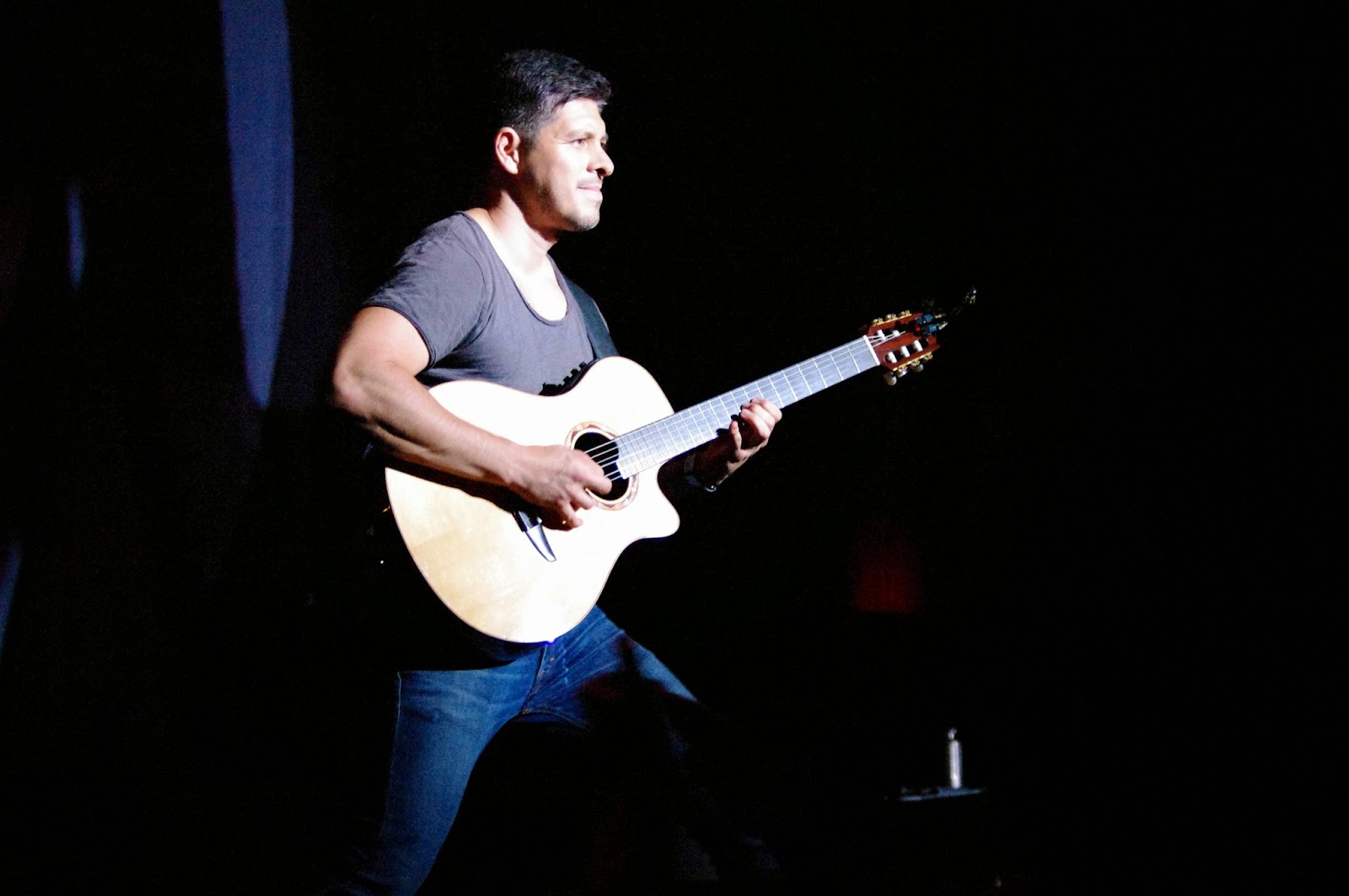 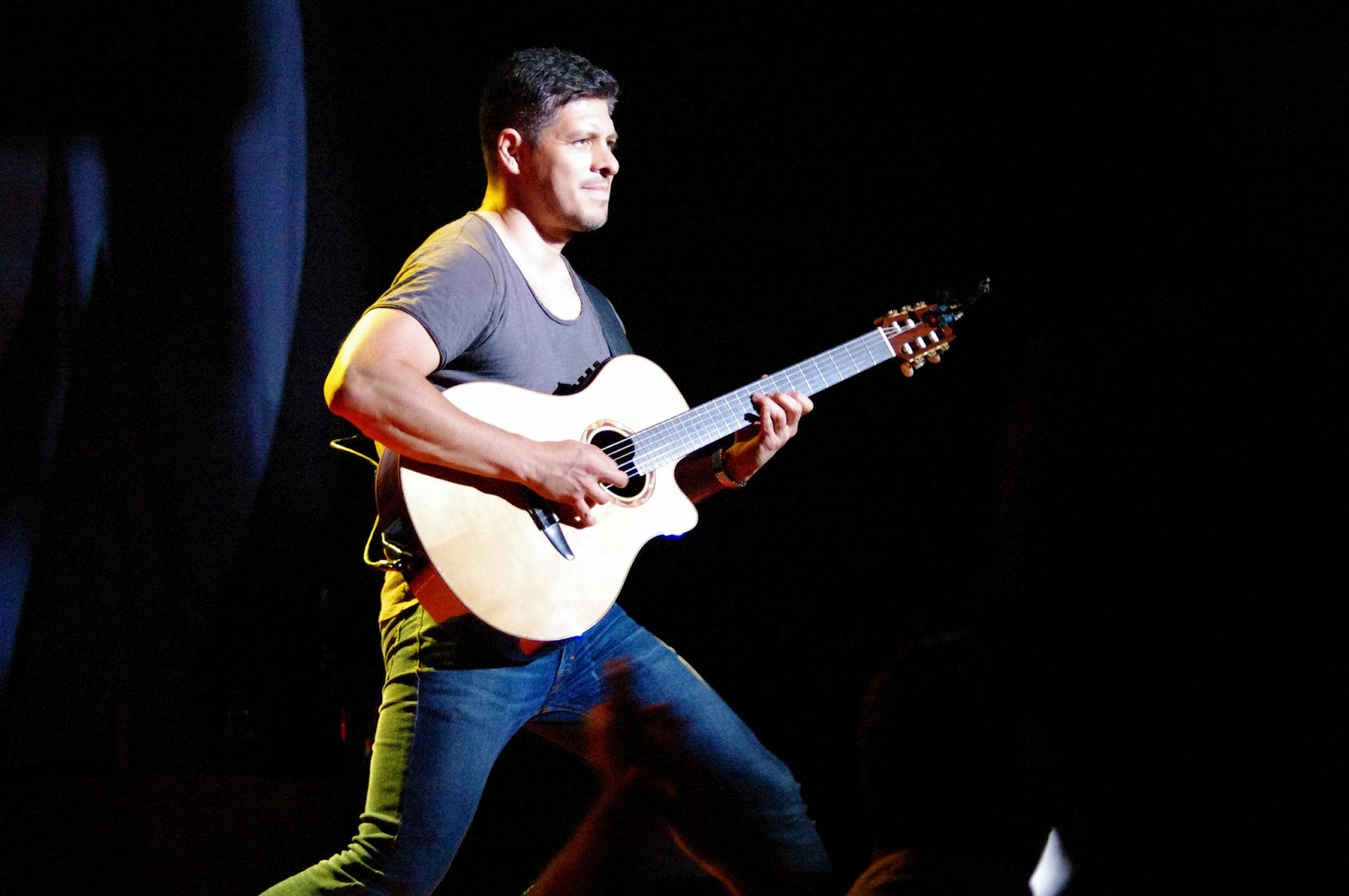 And because I'm short I could no longer see so I grabbed hubby's hand and led him to the front. 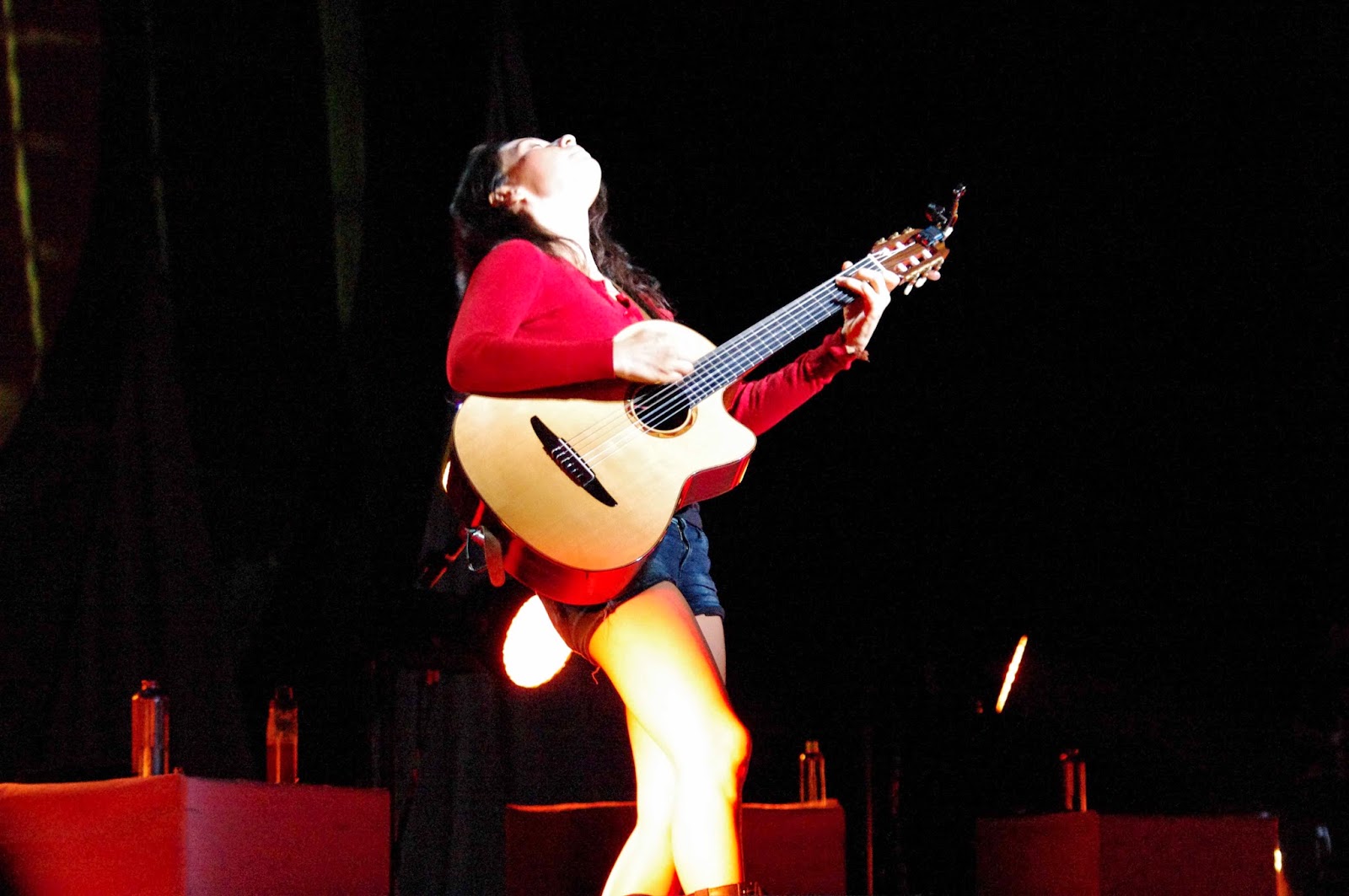 We stood right in front of the speaker and felt the vibrations, apologized a bit to the people who had the seats behind where we were standing, but really if we hadn't encouraged them to get up, they would have been crushed by the surge to the stage. So I call it public service. 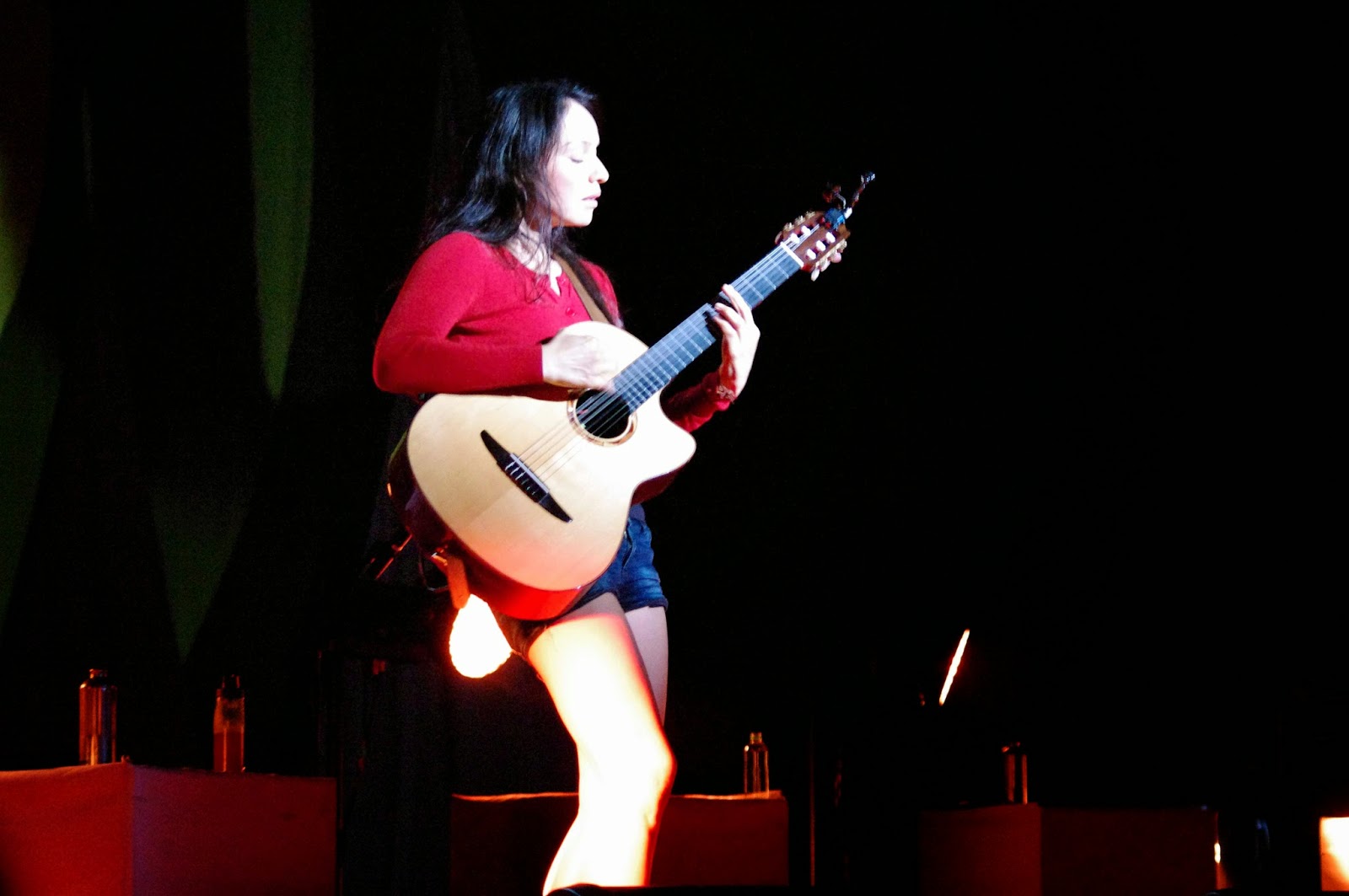 This was the second to the last stop on the tour. We got some extra things that others hadn't seen. We got some of Rodrigo singing and the both of them covering some songs released by other artists. But the final numbers were all theirs.

And for an hour I felt young again. Young and daring (well as daring as one can be in such a polite concert setting). In fact I felt so young that I bought a medium-sized concert tshirt. Needless to say that was a waste of money. It's possible that I could upcycle the shirt into a dress for the little one but for me, I'll have to return to twenty years ago in order to fit into that thing.

Twenty years ago Rodrigo and Gabriela weren't strumming guitars together (and they are likely decades younger than me but I don't have to think about that too much) so I'll take 2014 and all the great times it has to offer. In 2014 we don't get the chance to get out much, we don't get much child-free time together which makes this date night even more special.

Not only was it date night but it was also spent in the presence of amazing guitar players. Can't think of a much better combination than that!