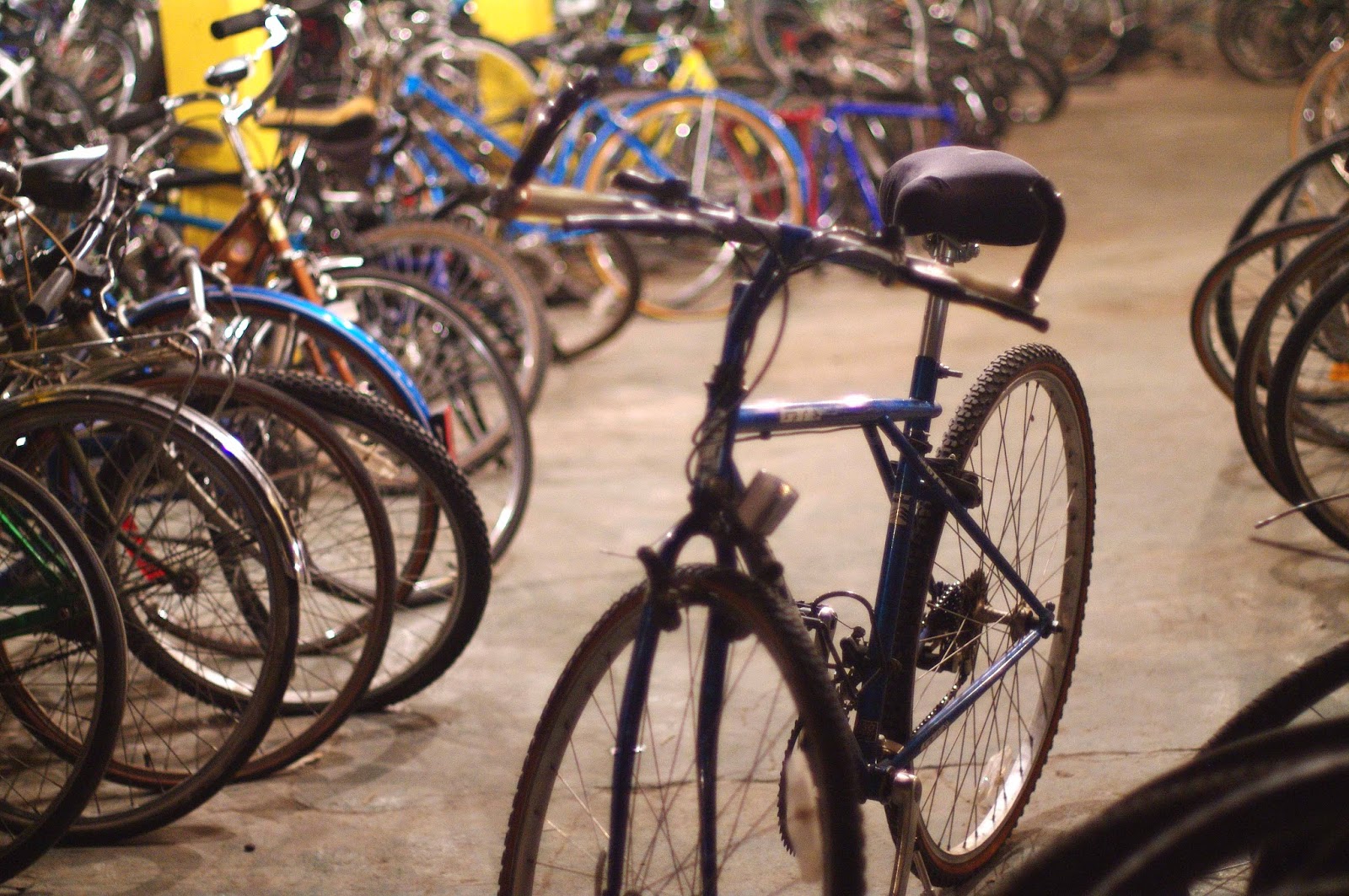 One of my responsibilities at the co-op is to meet with potential large lenders in the hopes of having a successful capital campaign drive.  It has been great meeting with local business owners and getting a tour of their operations. Last week I went to Recovery Bike Shop. [If you follow the link you will see the two owners in red shirts on the right side of the photo.] Recovery has a great story about their beginnings and part of that story is that they opened shop in the vacant space of the co-op's building. Last year they moved into a much larger space and proceeded to fill all three of the floors.

Brent Fuqua is a real-life picker (you know, like the guys in American Pickers). He starts traveling in January to strengthen his contacts and to pick up large numbers of bikes that eventually fills the basement of their renovated building. By the spring all those thousands of bikes are picked through and repaired, or taken apart for the parts. By June every singe bike is sold. Wow. That's pretty amazing to me.

A fair number of these salvaged bikes are donated to local organizations working with kids and the remainder are loaded onto a ship sailing to parts of West Africa.

Another amazing thing that Brent does is bringing all those guys who have collections of bikes and bike parts together with institutions that give grants to museums and such. Brent has started his own bike museum that is on the top floor of their shop. 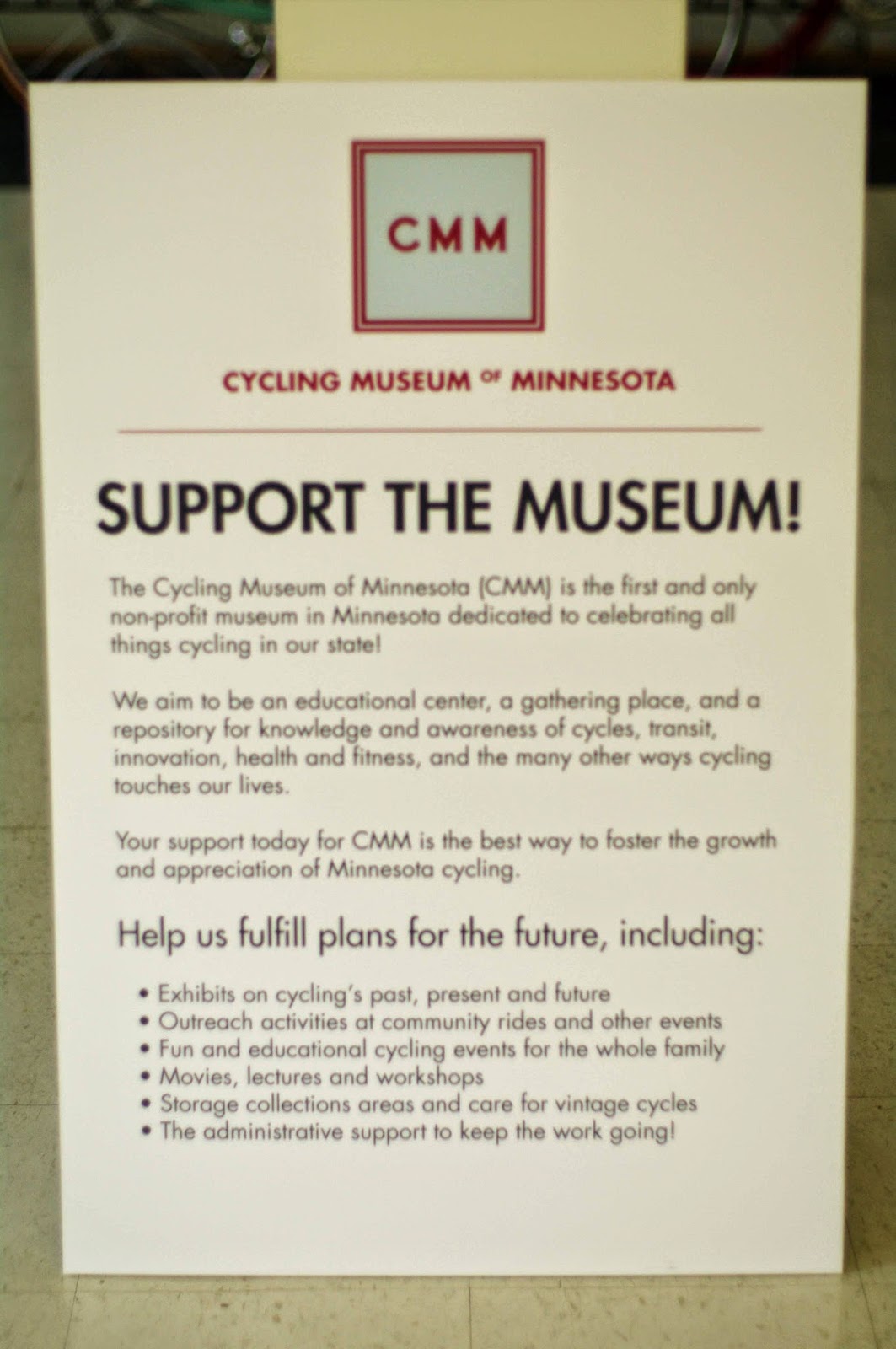 He says that it has taken him years to develop those relationships with many who are overly protective of their ancient bikes and overly suspicious of people in general, not to mention full of disdain for large institutions. Brent had developed those relationships and sweet-talked them into loaning out their bikes for temporary display in the Cycling Museum of Minnesota. 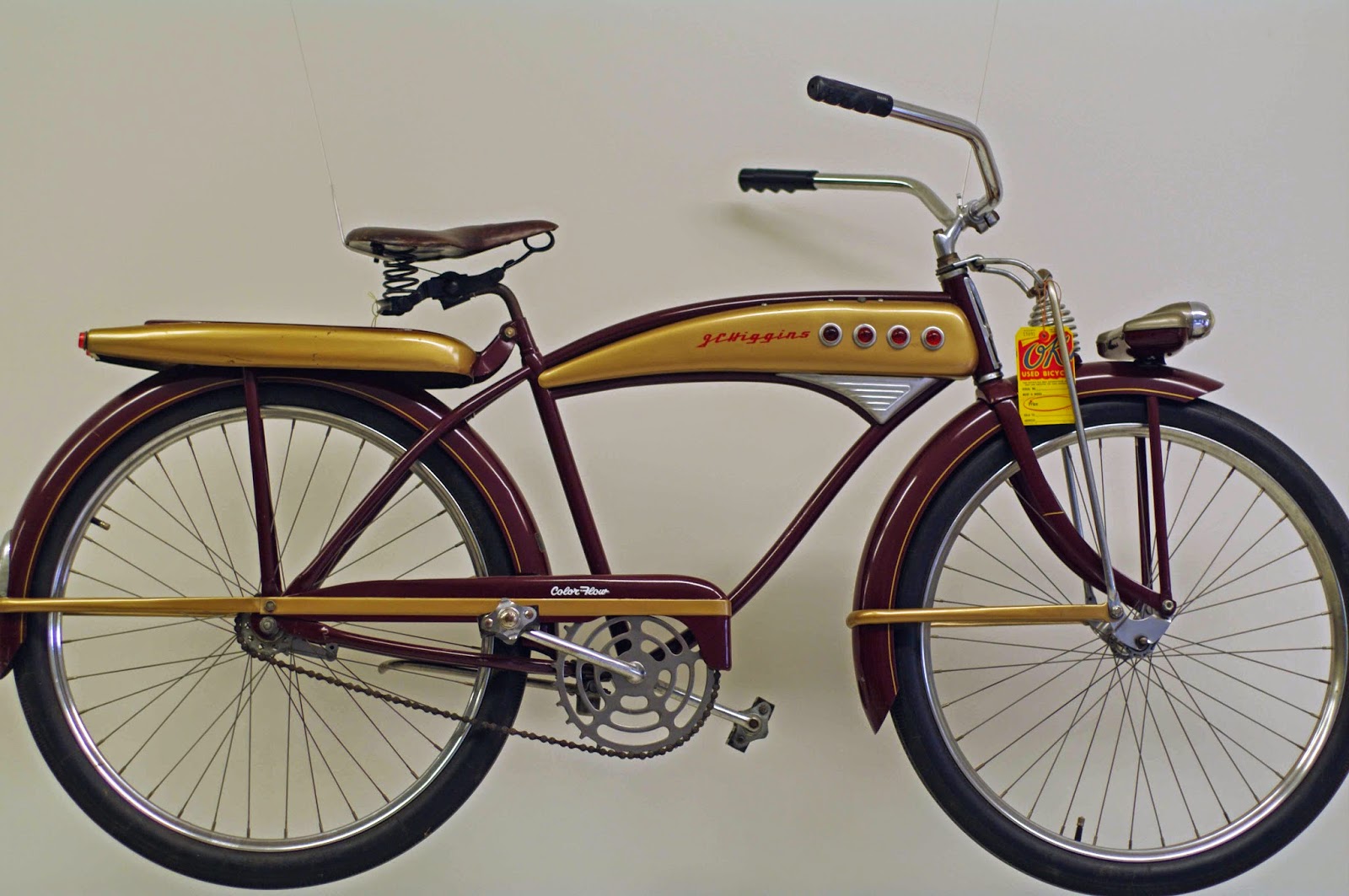 I learned so much that day while I toured the building, not just about bike collections but also about the passion behind this work being done right here in my neighborhood. 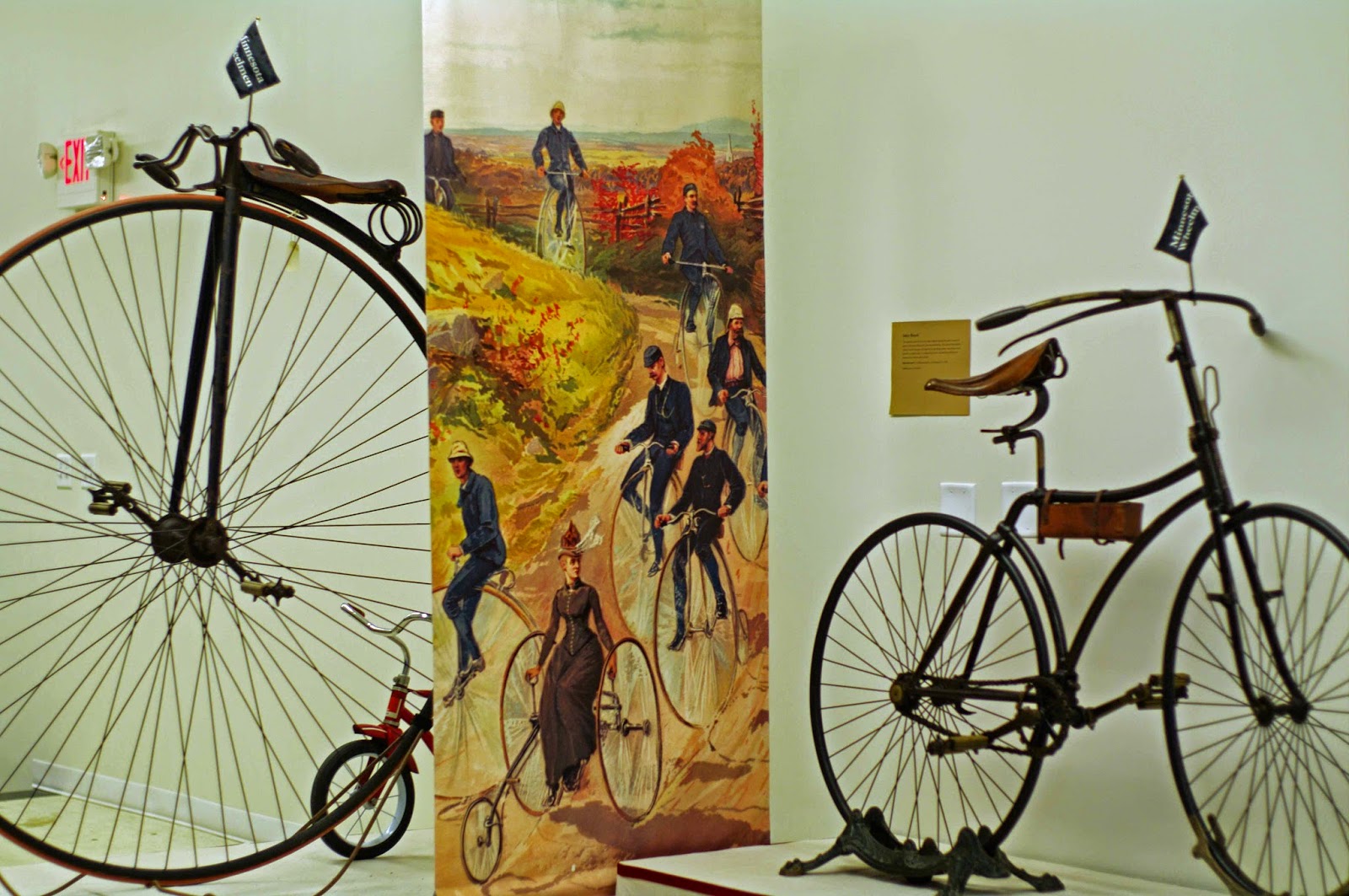 I admit that I was reckless when I purchased my bike from REI. To my credit though, I did visit Recovery Bike a few times and was talked out of single-speed bike that I fell in love with. So I went ahead and got the comfort bike as a mother's day gift, but while it is a gorgeous bike and nice to ride, it just too large for me and doesn't suit my personality. Brent made me realize that I should love my bike and truly I want to love it as much as I love my Jeep. I plan to head back there sometime soon to see if they can custom build me a bike out of used parts! I think I want a yellow one.