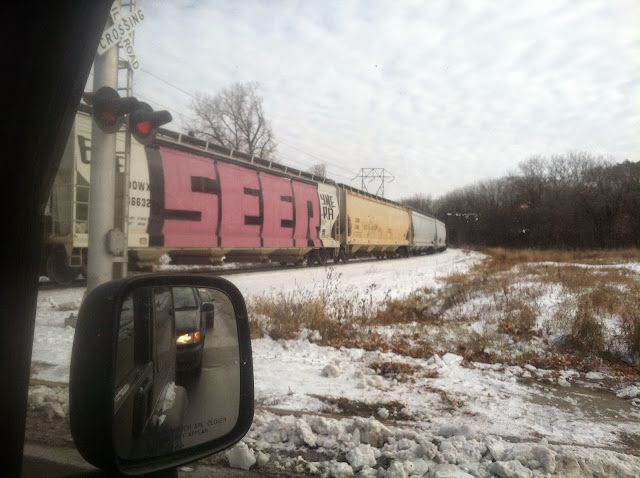 (325)
Dave got a new phone so I get his old phone and I thought I would try a new approach to this 365 photo project. I was stopped by this train while rushing to finish errands. Instead of being annoyed I went ahead and clicked a photo.
A couple of years ago I spotted a film shoot along these very same tracks. Just at the curve there was a dancer, a cellist, and a filmmaker. I intensely regretted not having my camera. And now I have joined the legions of people who will always have a serviceable camera in tow.
Yah me for joining the 21st century!
Labels: 2014 Lotus 365