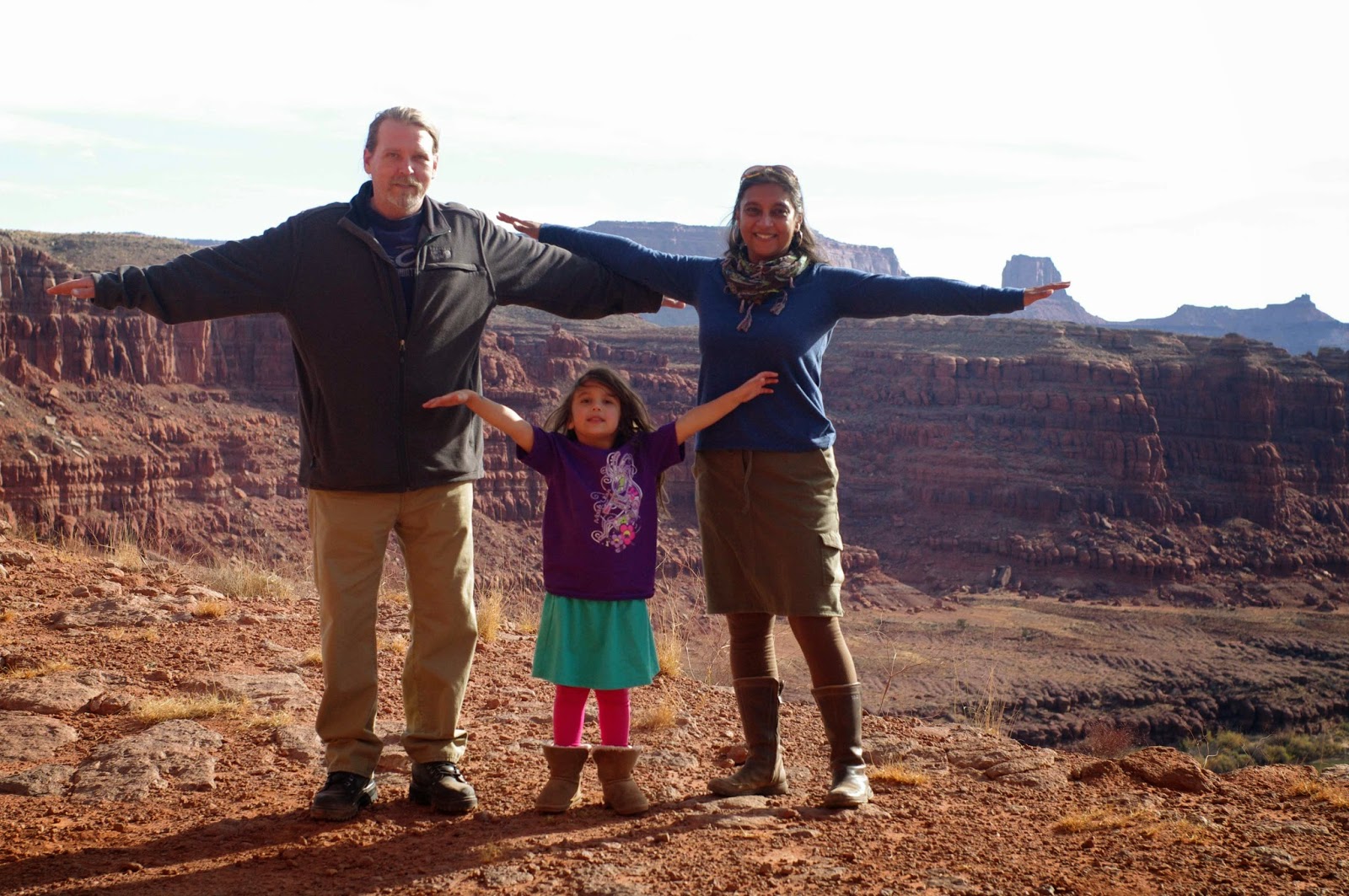 What? I don't even know what the plan was for this photo. Fly like an eagle? Fly into 2015?

After the kiddo was born, we made it a point to take our holiday photo out in Moab. Usually the setting is covered with snow so it fits the season. And since I can't ever get the cards out on time, they usually end up being New Year's photos.

This year there wasn't any snow. AND, I forgot to bring my remote shutter when we went out on our Thanksgiving Day adventure. Which meant that our usual jumping shots were out. 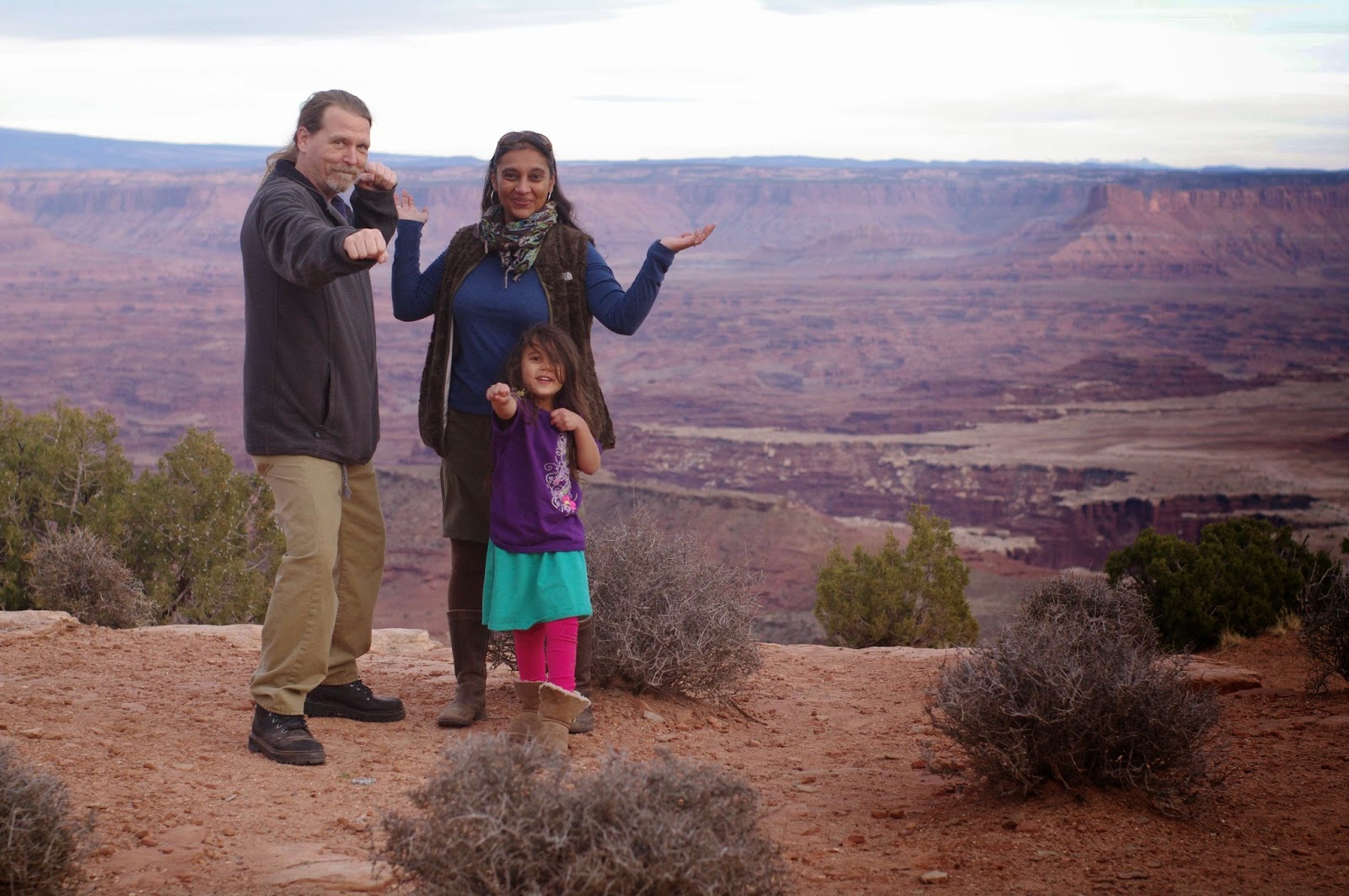 Yet, we kept trying because we found ourselves out in a beautiful area during the magic hour. Again, I don't know what's going on in this photo. Some kung fu on the edge? Knock it out in 2015? Ugh. 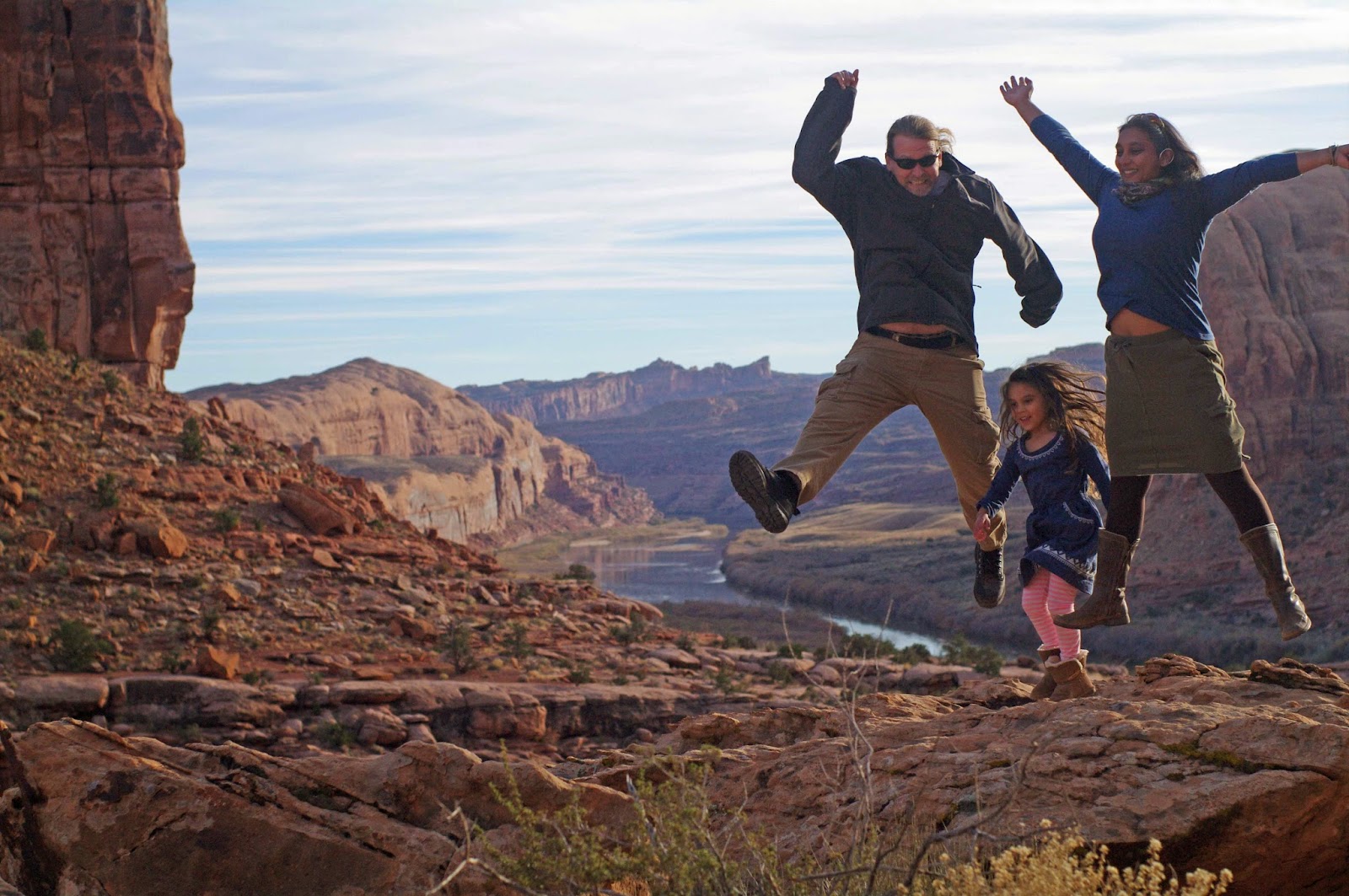 The winner! This is the one we will use despite the fact that it shows too much skin. Oh well. Still working on the text for the card but I've got a few weeks to figure it all out. I'm just happy to have gotten a decent photo in an incredibly beautiful setting!

Here's to hoping the new year is filled with as much adventure as the one before!