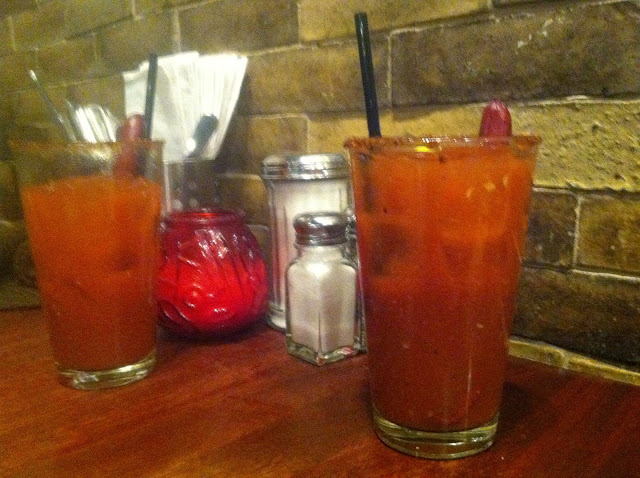 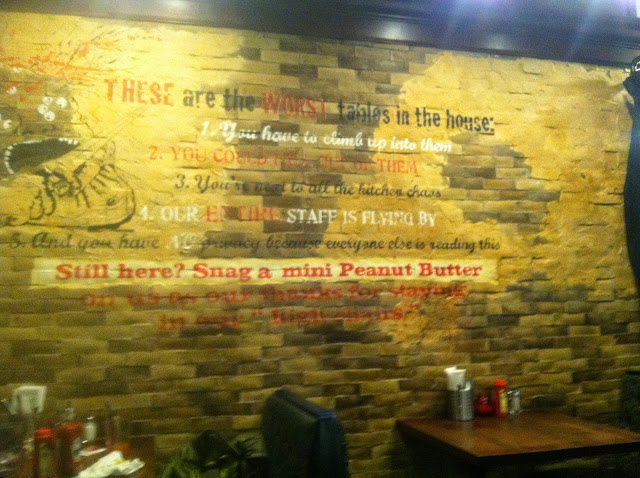 A late breakfast at Hell's Kitchen was the perfect antidote to the winter lock-down that's chilling the region into single digits. Bloody Marys and the worst table in the house, that combination of circumstances almost always leads to an interesting experience. It was strangely intimate. Being right next the highest traffic area (the kitchen) meant that while we were in everyone's close view, they made an effort to avert their eyes. Seen and not seen. We had child-free time right at the literal gates to hell's kitchen, eating the best maple-gazed bison sausage to be found on this side of, well you know, hell. 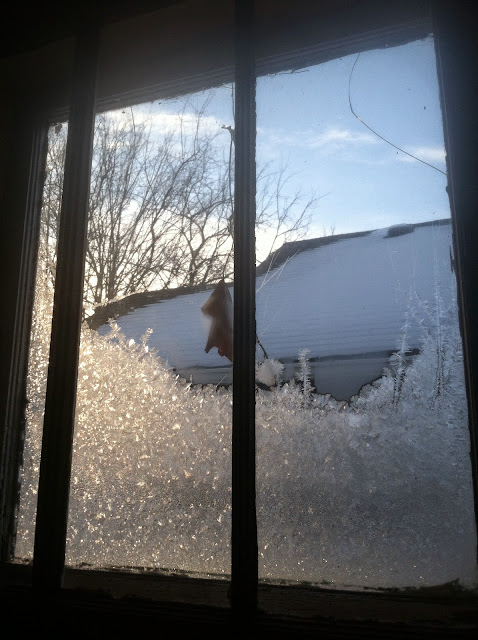 The contrast of the colors in these photos fills me with shivers. The photo of the blue sky, the spread of icy frost up the window is considerably cooler than the red-toned warmth of the two above. It's hard to figure out which one better represents hell.