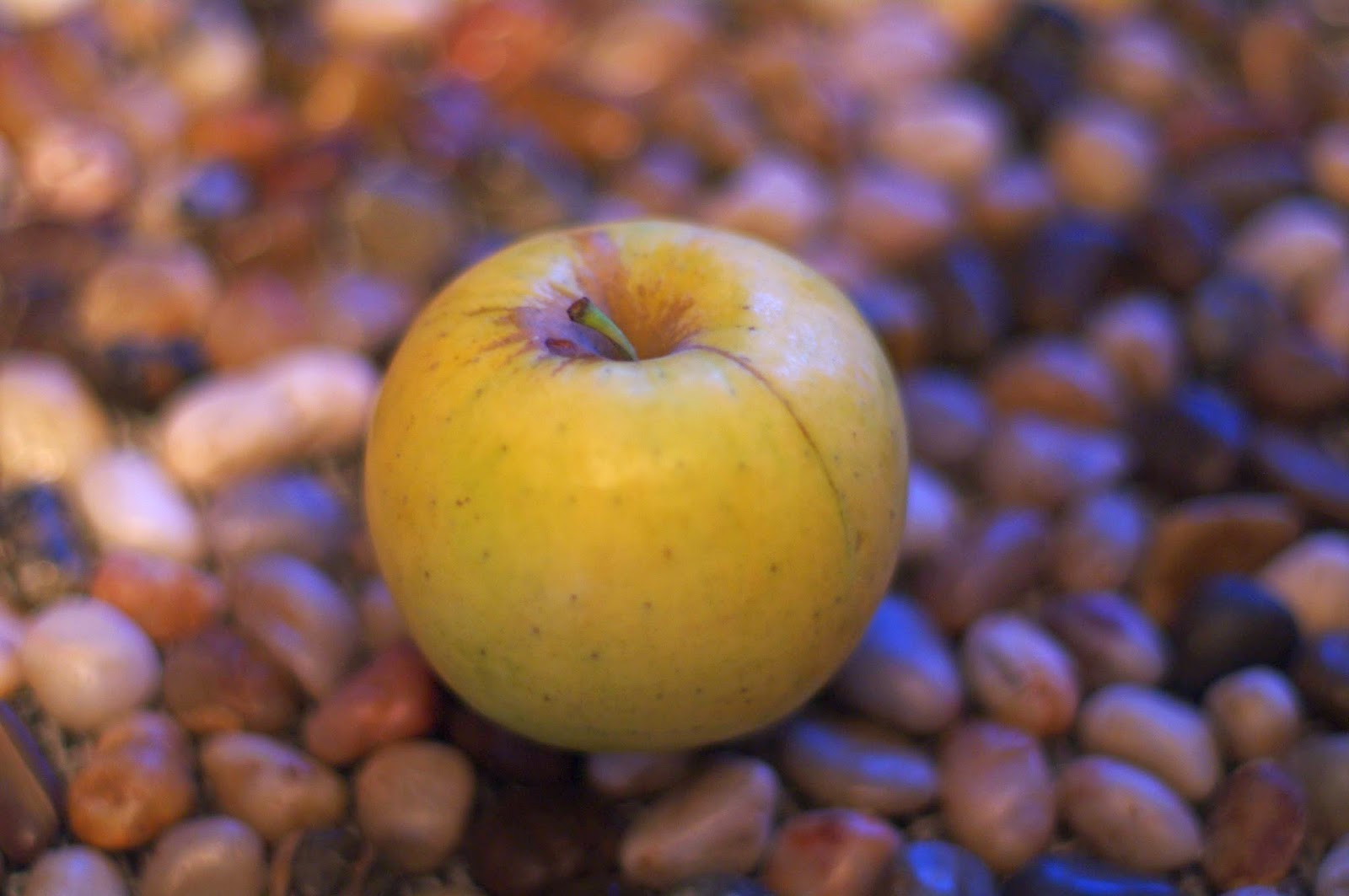 I guess I haven't gone through all the apples that appear in the Midwest stores. This Opal apple was grown in the state of Washington and I found it in my local conventional grocery store. It was crisp and tasty. I was surprised by how juicy it was. Apparently it was first discovered in Europe in 1999. It's only been growing in the US since 2010 so I guess the apply variety's availability is about as old as my daughter. I bought two yesterday and I'm glad I did because when I went for my snack, one was missing. D probably grabbed it on his way to work this morning. At least he left me one.