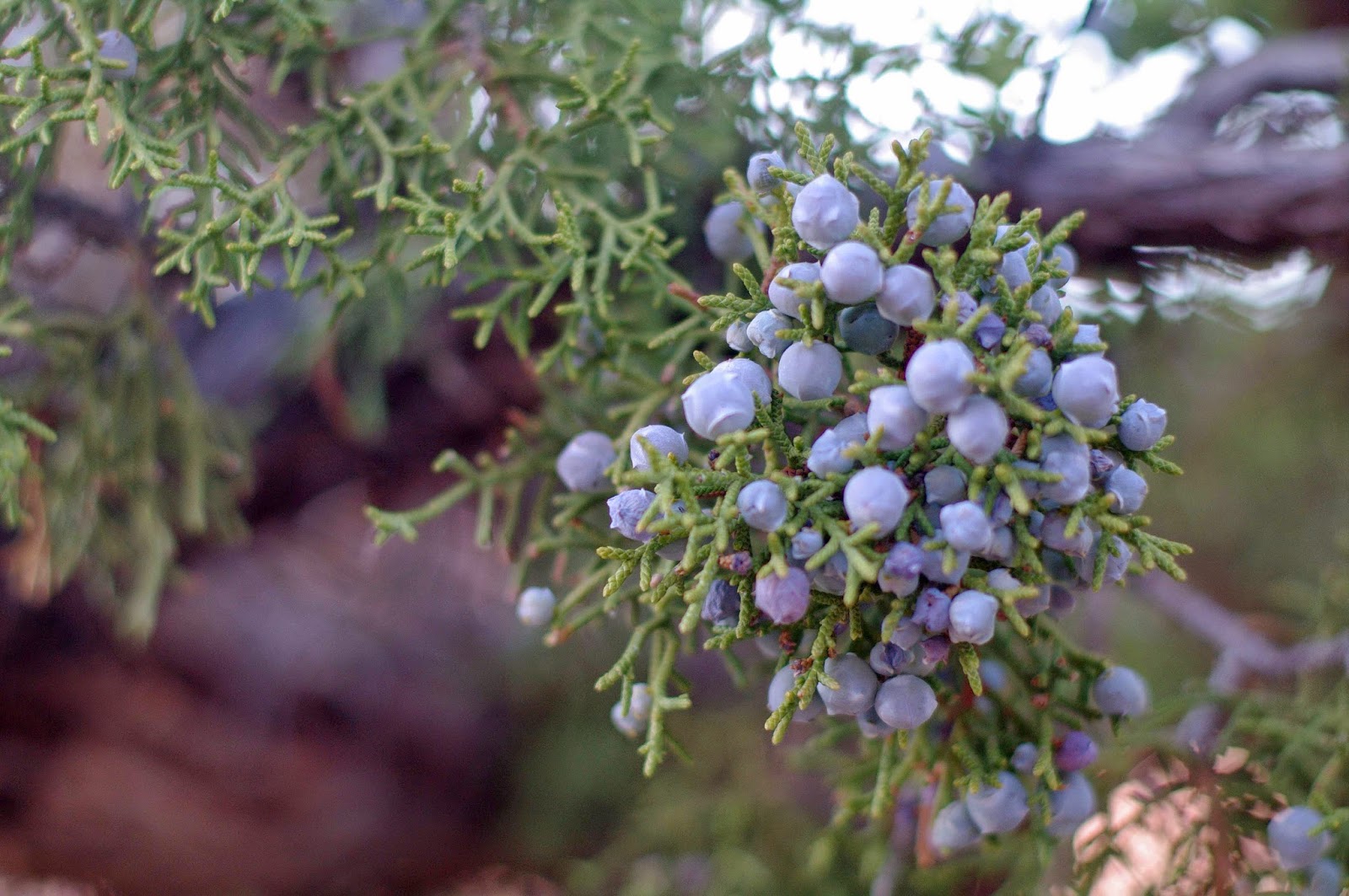 Juniper, I think. At least that's what I told the kiddo when she asked. They are a wonderful color, aren't they?

In other news today:

I dropped a bottle of cranberry juice in the checkout line at the grocery store. It busted open in spectacular fashion and spilled all over. I was too embarrassed to capture a photo but believe me, it looked rather festive. The spill was so bad they had to shut down that aisle.

Which is right in line with how my day is going. Tonight Dave comes home from work and he will then be home until January 5th. My plan was to have the floors swept and mopped. Instead I've gone on a mad rampage around the house, leaving clothes and papers in my wake not unlike the remains after a tornado.

I did buy a mop when I was at the store. Should have used it to clean the juice. Should use it to mop my floors but instead I'm going to ramble on this blog for a little while longer.

It's just a half hour until I have to pick up the little one. I've got beer chilling and xmas music on pandora as I look around the piles of crap, excuse me, piles of presents laying around that need to be wrapped. There is more on the way including the one gift that Lotus Bud asked from Santa - an Elsa dress. Shhhh. Don't tell her that she's getting what she wants.

Endings and beginnings. I'm so ready for both. I very much like seasons and cycles so that I can try to get it better again. I get this feeling that 2015 is going to be really great so I want to close out old tasks and projects in order to start fresh.

This weekend is the Solstice and we plan to renew our vows, like we do on every Solstice whether it's winter or summer. Sweet, sweet ritual of ours. We'll do it right next to the firepit, under the twinkling stars.

OK, that's it. I think I'll try to get in a load of laundry, then maybe I can get a shower in too. Living the high life here in NE Minneapolis with juniper berries, cranberry juice and mops.