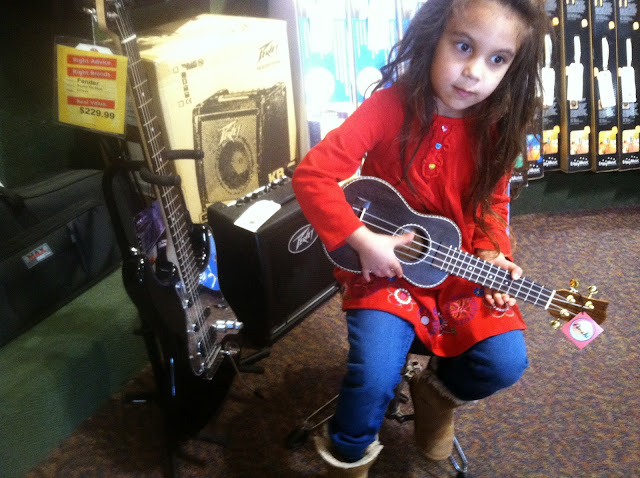 Want to waste some time on the internet? Check out the meaning of your name and see how true it is. I loved how there were names listed from all over the world. The little one's name is Greek and I found it, then while reading I was continuously nodding my head. One of the things that was mentioned was to put an instrument in her hands at an early age. This is her second ukulele and a much better quality. That means both of parents can rock out on it, too!

I almost titled this post "daddy's girl" because I've seen her daddy make that exact same face while capturing an image of that exact same pose. The ukulele was a bit more than what I wanted spend for a 5-year-old but once she got her hands on it she wouldn't let go.

I know: spoiled could be a term used here. But I would much rather have her spend hours on the instrument than on television.

Labels: 52 Buds on the Wall