Holidays are complicated in this family. Easter is a good example. Dave was raised Lutheran but no longer wishes to pursue that faith. I was born a Hindu but raised by an engineer so I'd say maybe raised atheist in a way that rejects rituals rather than deities. But it is more correct to say that I was left to defend for myself, find my own sense of meaning. As a cultural and religious orphan, I reserve the right to choose the best from the world's religious practices. We think a lot about how to instill upon our daughter a sense of spiritual gratitude, stewardship, and compassion for those around us. Yes, it's a bit complicated but also simple. 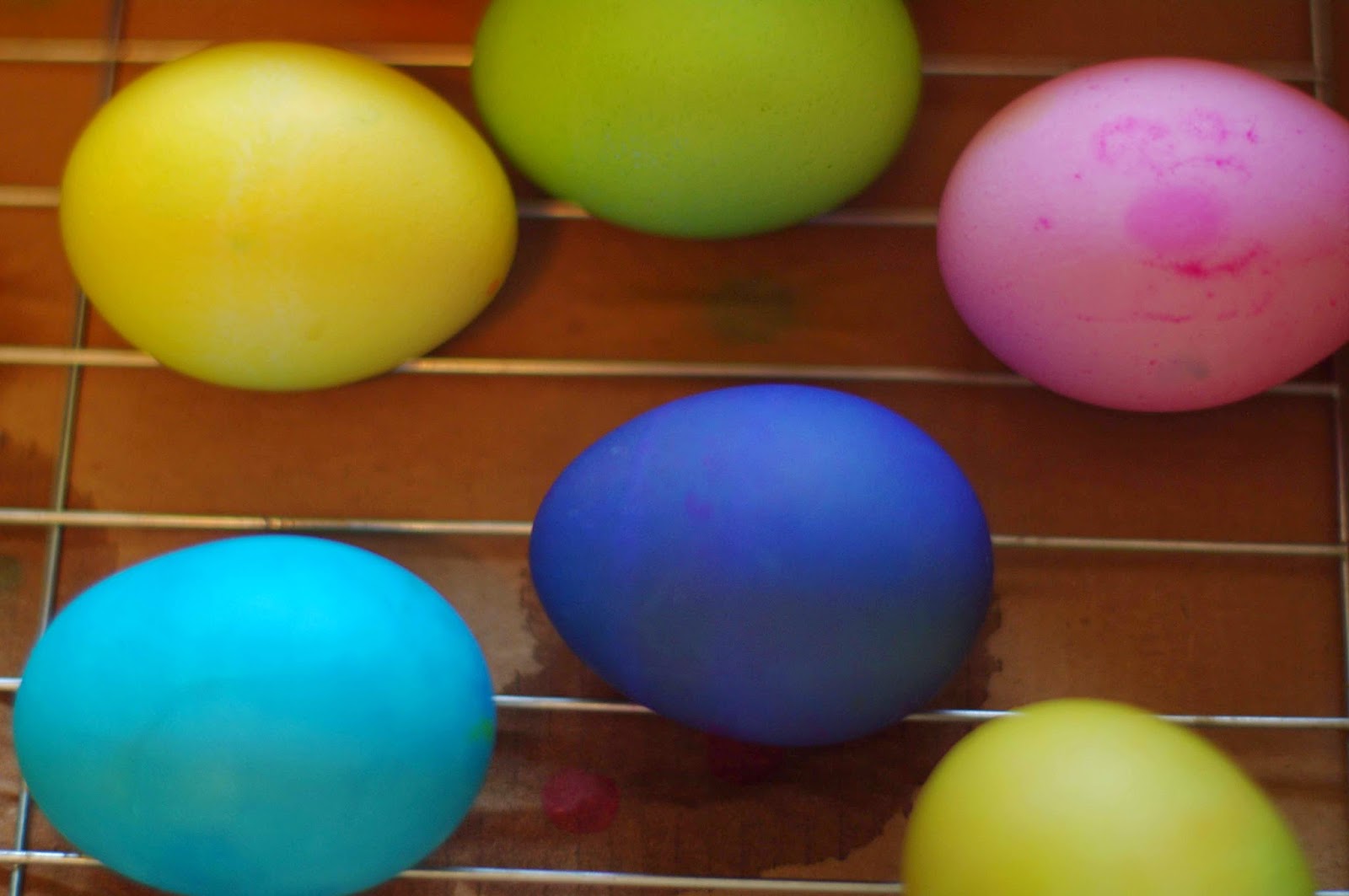 I realize that the complication comes mostly from the fact that many of the religious holidays in the States is flooded by consumerism and sweets, both of which we wish to limit. So while Dave talked very little about what Easter means in a Christian faith, he ramped up the idea of an Easter basket loaded with candy. Whereas I emphasized the crafty aspect of dying eggs. We argued a bit over it and my need to limit sweets won out. He took most of the various Easter candy into the office. 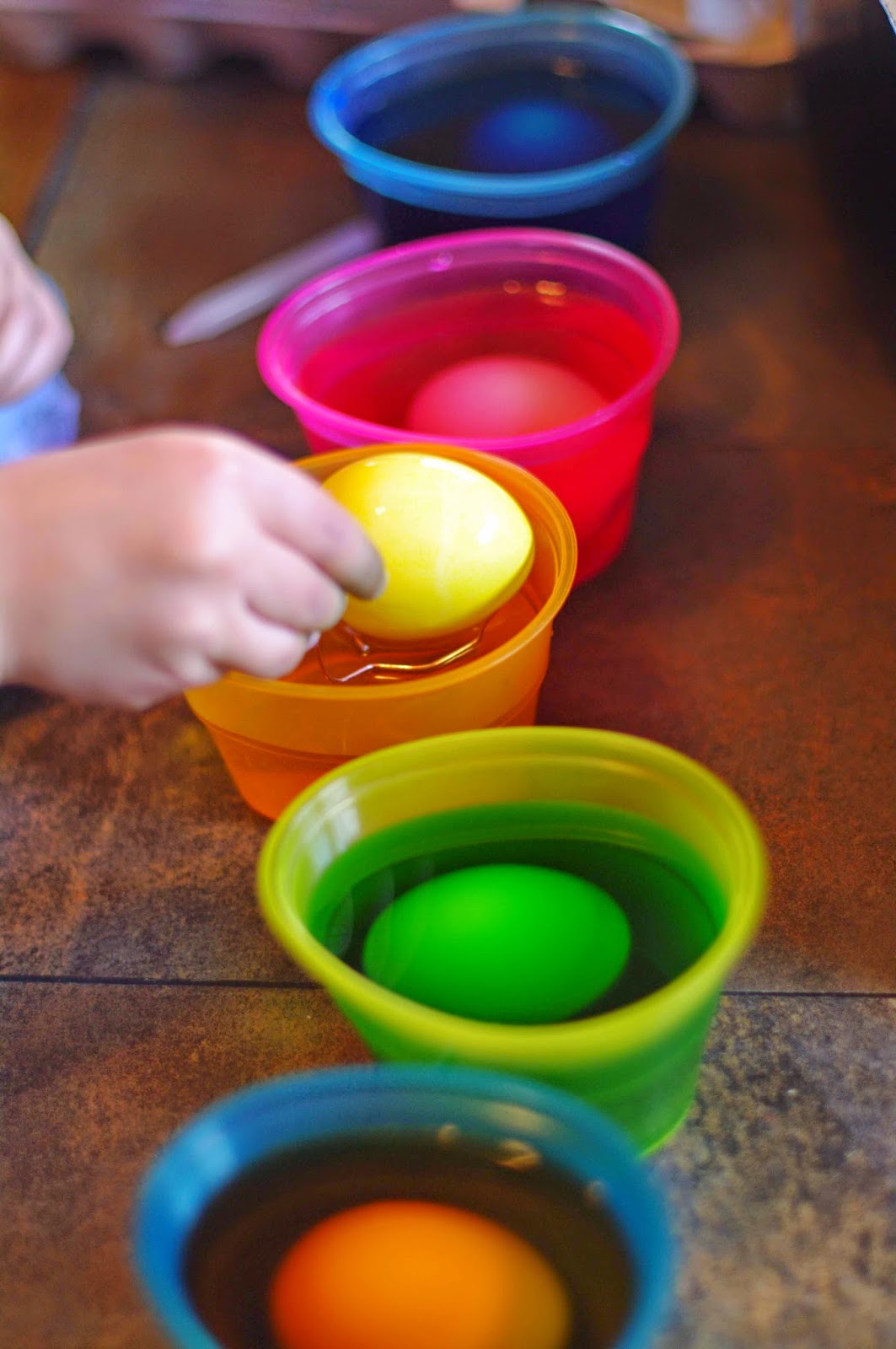 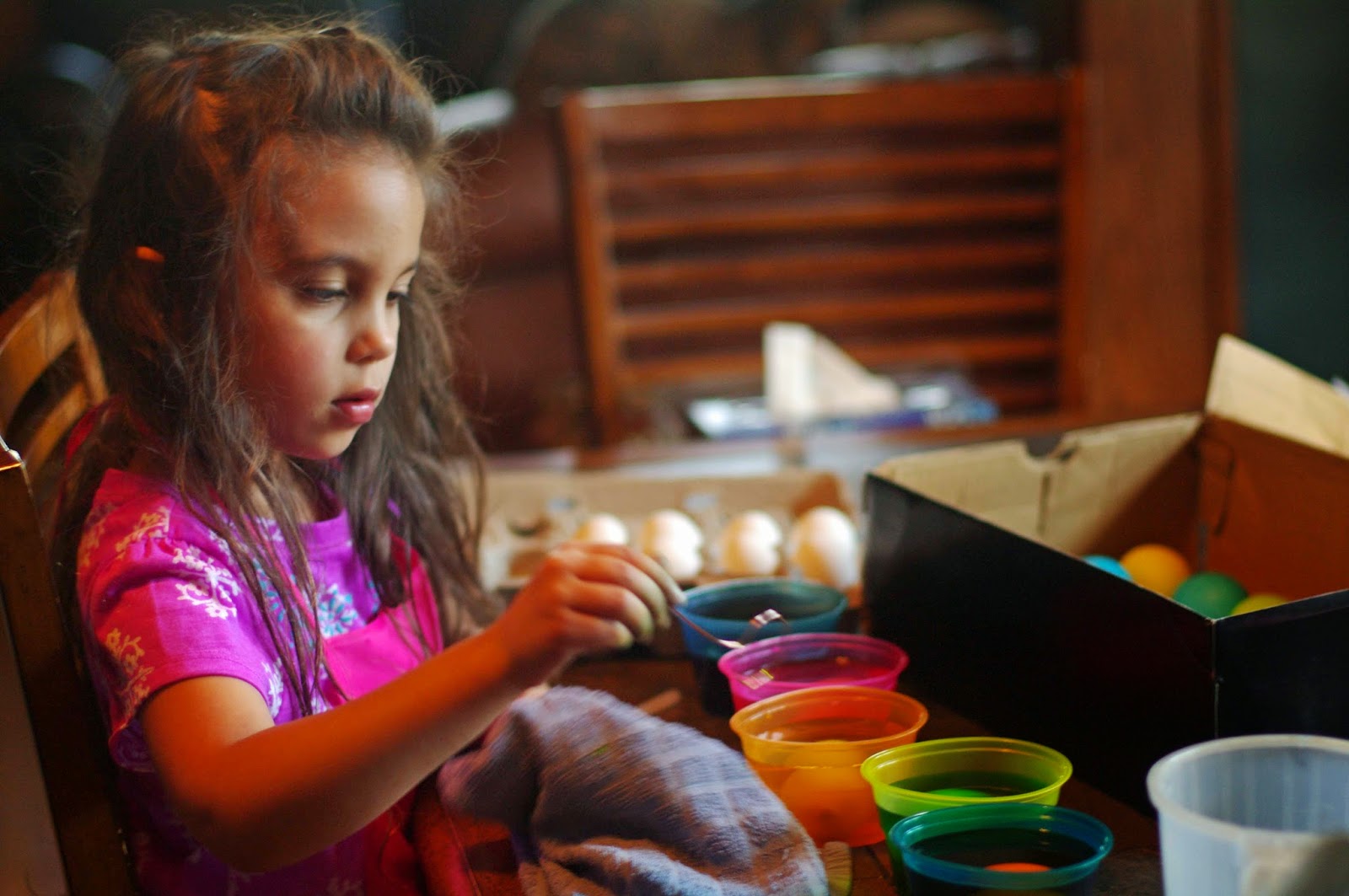 Then we went to Easter brunch where the Lutheran part of the family mingled with the Catholics resulting in a strange recitation of the prayer before eating (not the prayer itself, it was the family dynamics). Strange because most of the people at the table had the prayer memorized, while the others seeking to pray in a different way stiffened their shoulders with discomfort. All the while, my little family looked about with amusement and curiosity. And then that was over and everyone dug into ham, turkey, salads, potatoes, etc. Eventually bunny ears were put on and everyone (excluding our daughter) began to drink. Heavily. I should add alcohol to the list with consumerism and sweets.

After a bit whiskey (believe me, I held out for an hour or two) we returned home and I asked for the meaning of Easter. He wasn't able to explain it to me without frustration. That is my issue with some of these holidays observed in his family. The adults are pretty much unable to share the meanings with me because they interpret my misunderstanding as disdain. They assume I don't respect the tradition but really, I just want to know more since I come from total lack of tradition in this area.

OK. Now's the time to fast-forward to the next weekend when we were able to drive to the 4-acre wood and engage with our own little tradition: scattering the the dyed eggs amongst the trees. 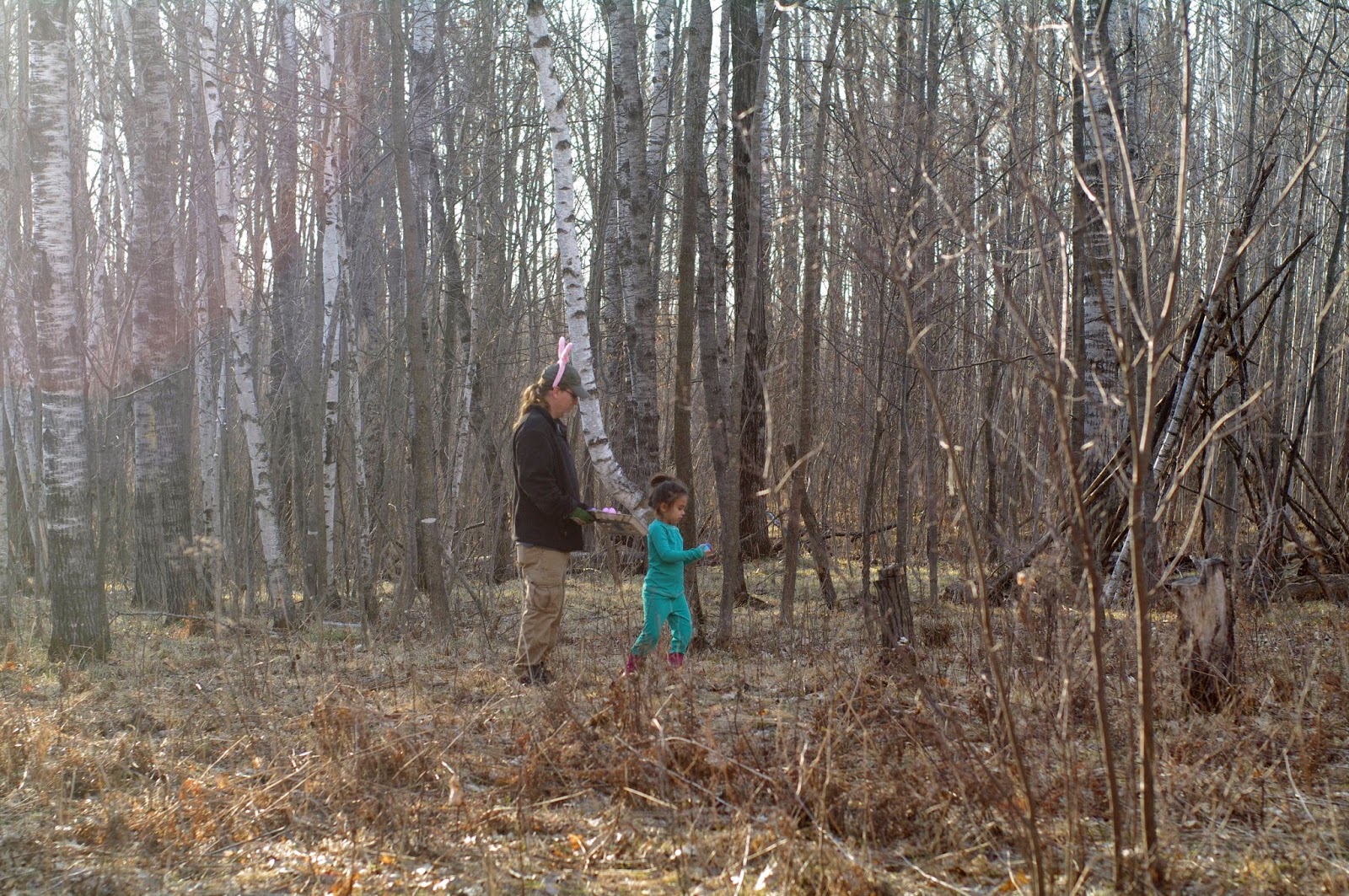 It's all about starting and maintaining our own traditions right? We began doing this when the little one was born. It engages our respect for the woods in an annual ritual sort of way. And it is fun. 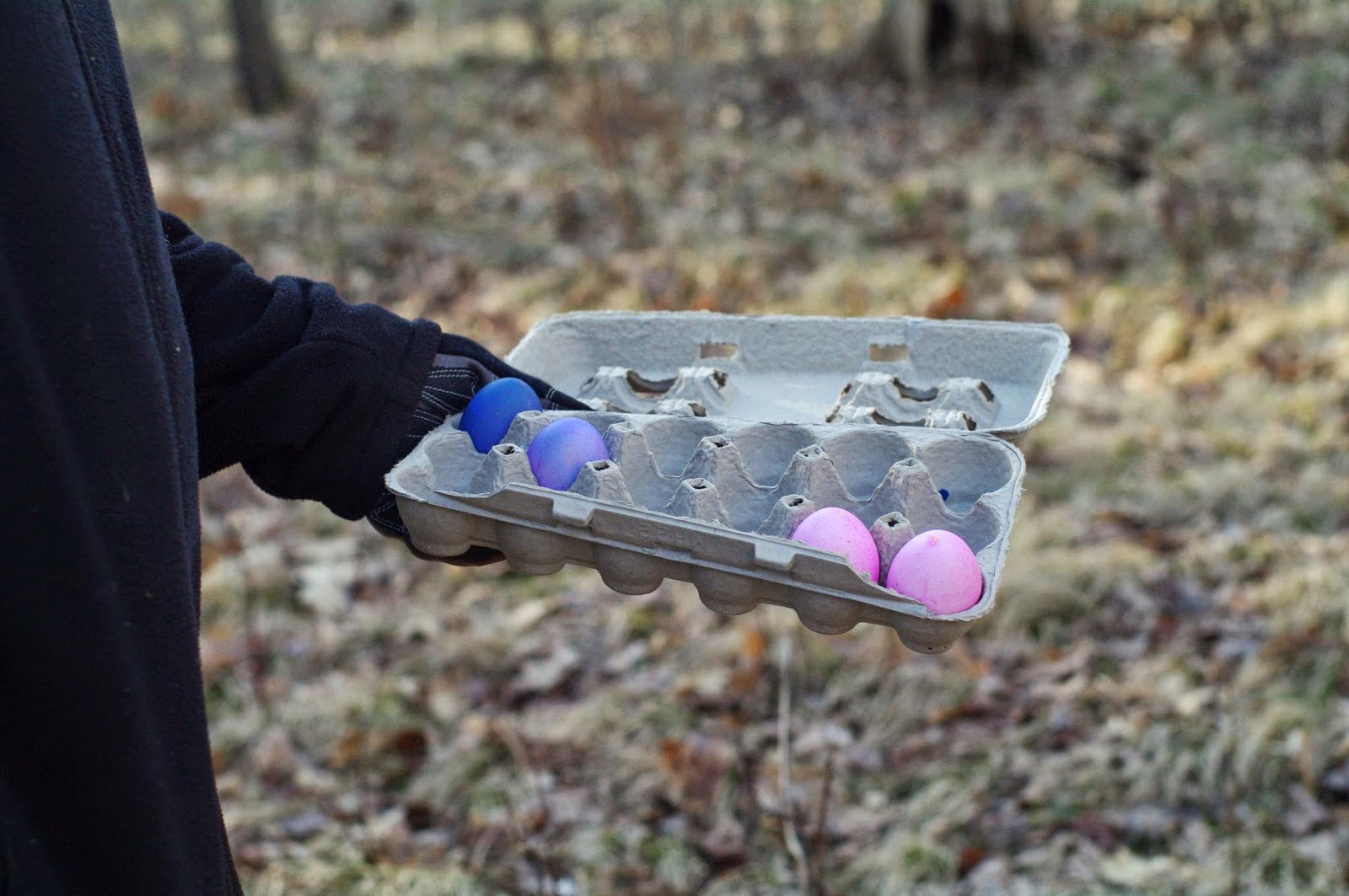 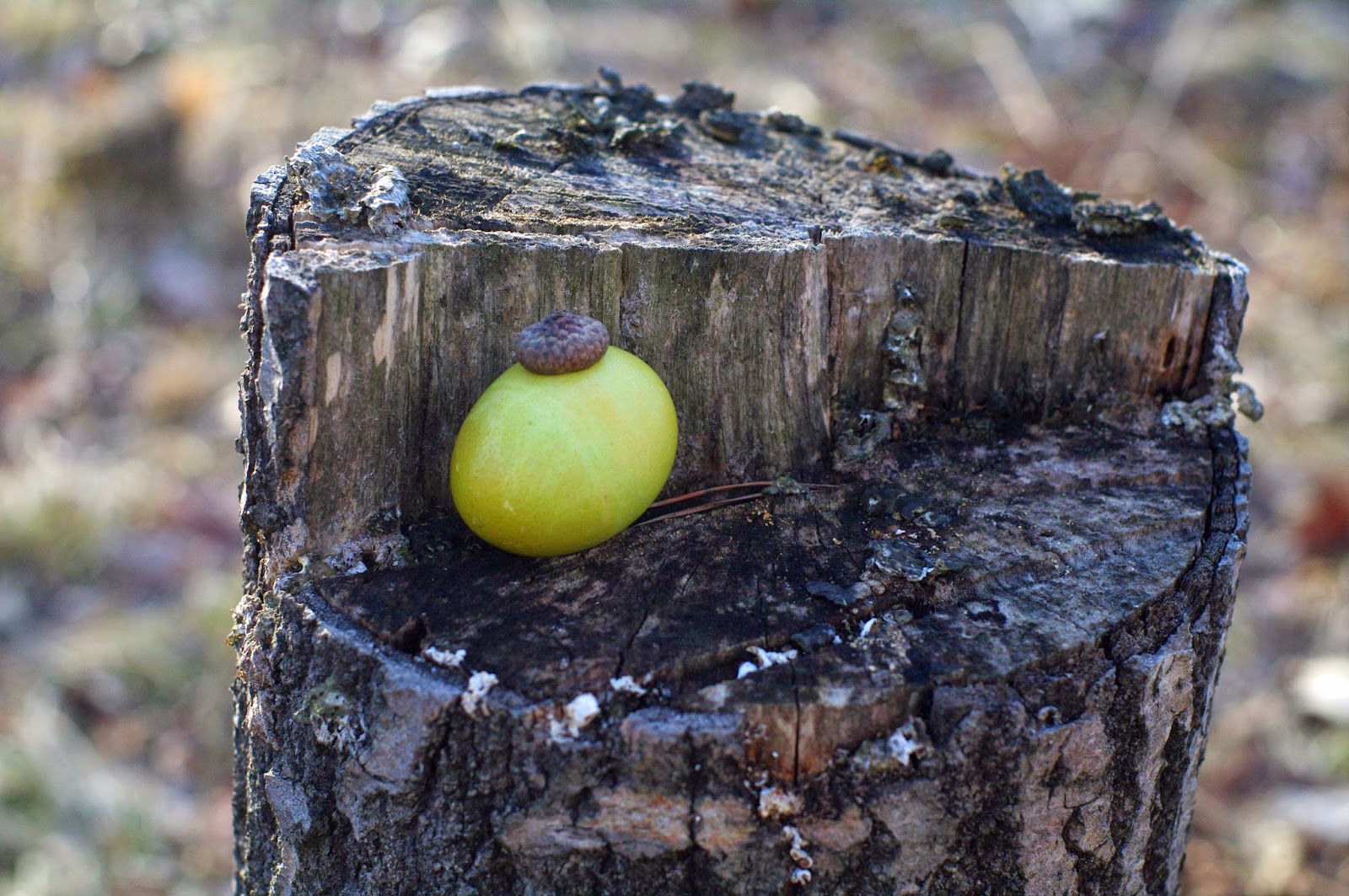 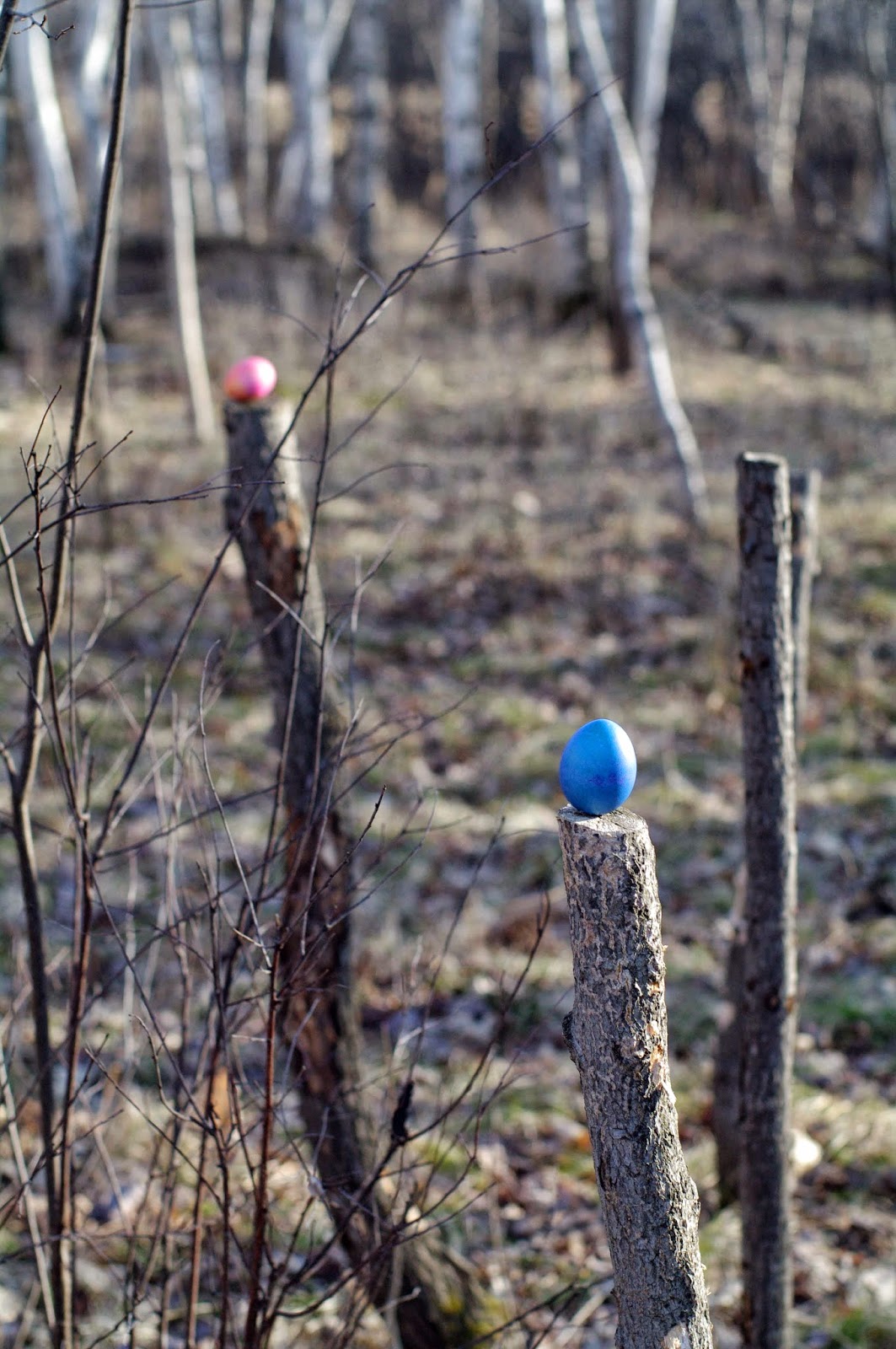 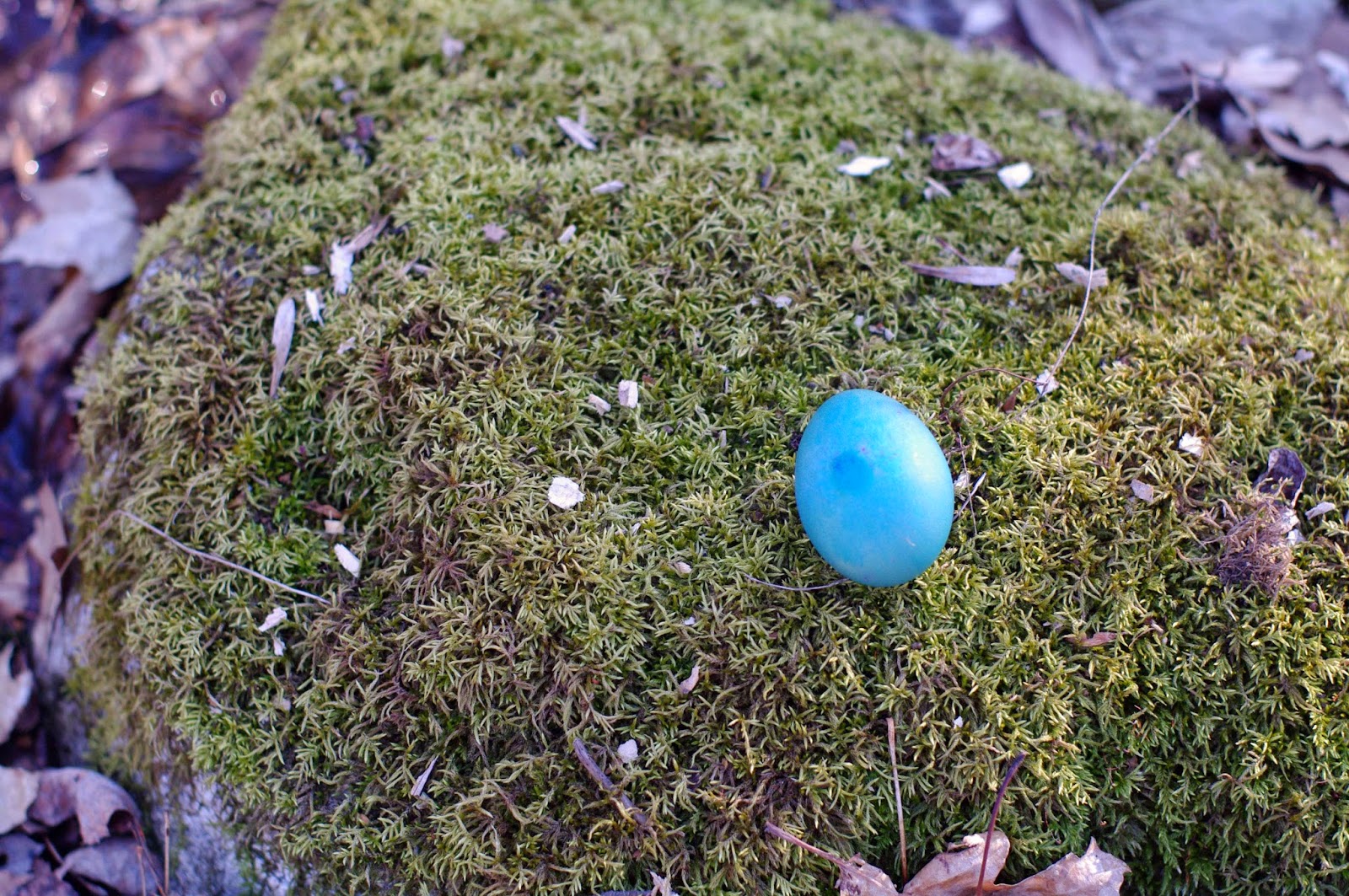 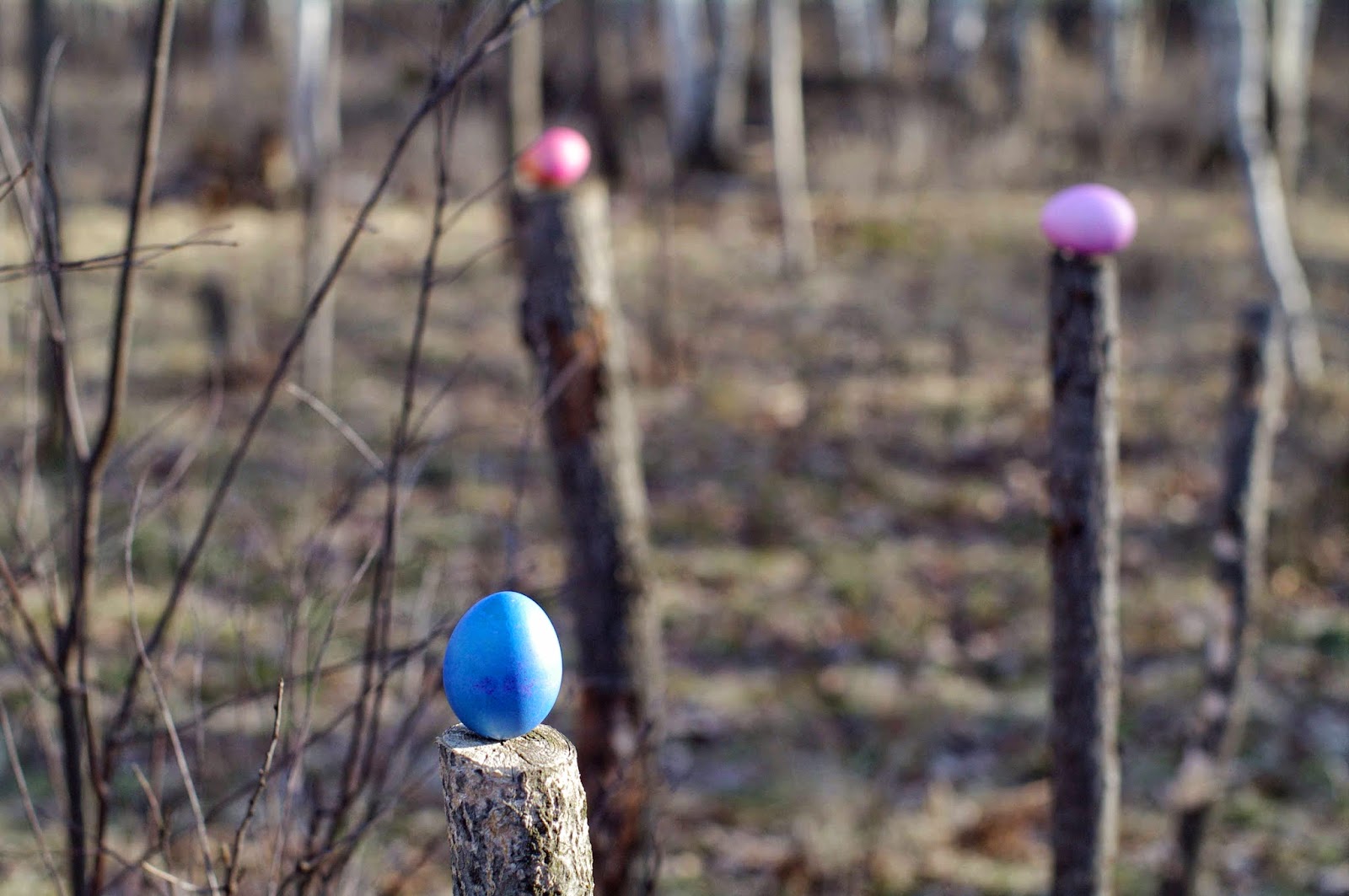 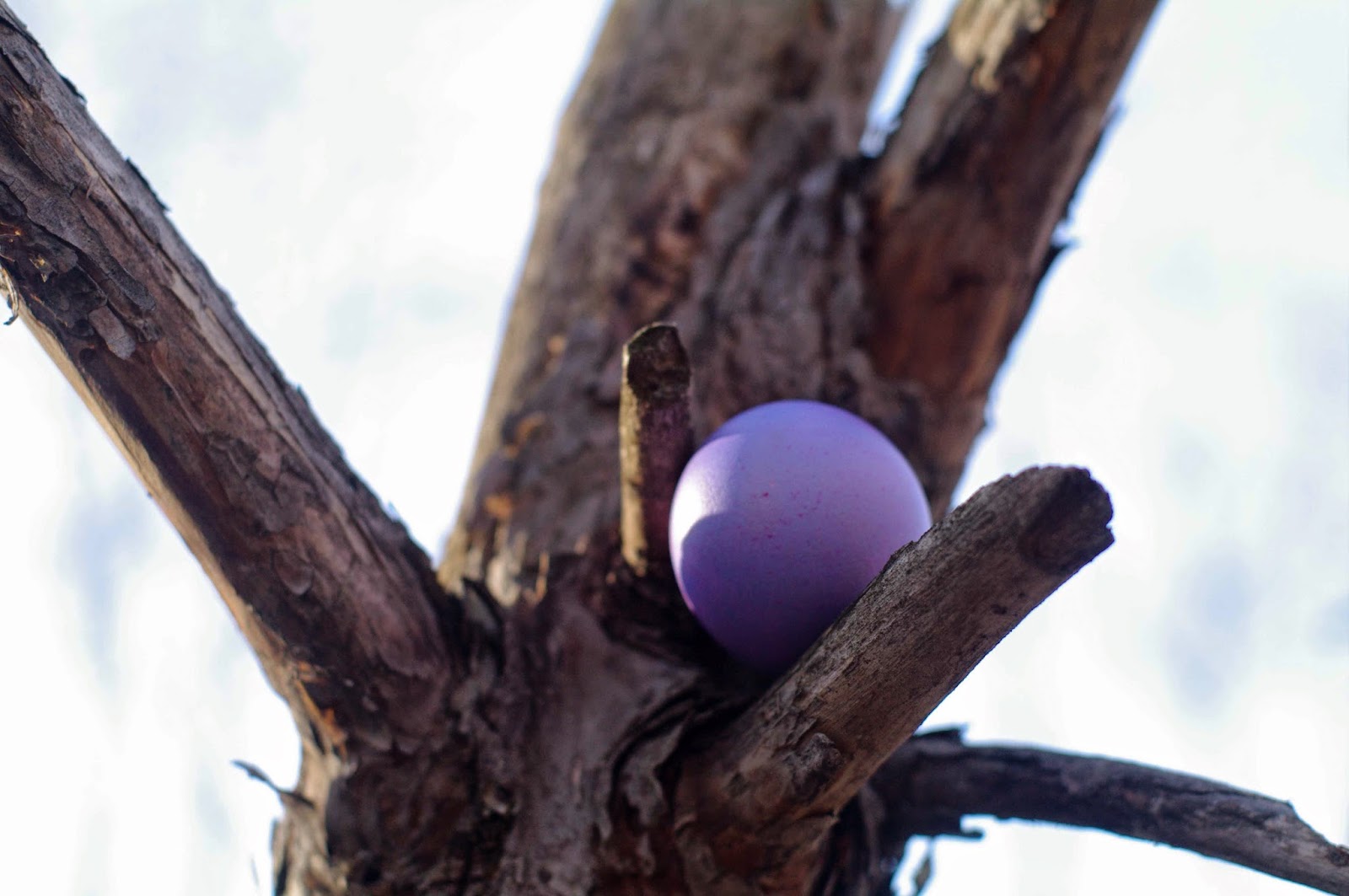 I suspect that the eggs drew the fox into our area. It's just a guess but also a way to explain the boon of having a fox around to chase away the woodland mice.

While our holidays are complicated about our varying approaches the importance boils down to our ability to share time together out in the woods, just the three of us, giving thanks for the abundance in our lives and the love in our hearts. Love for each other and for our environment. Thus making me feel like anytime we get to spend in the woods is a holiday.

Ain't nothing complicated about that.

Labels: into the woods