the ends of the year 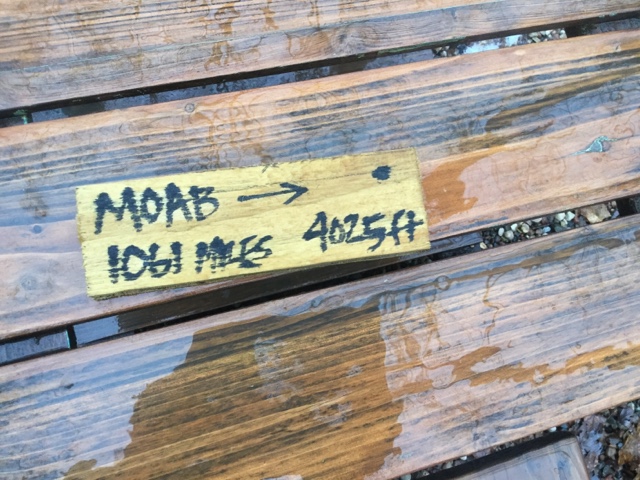 We returned to the trailer after a long time away. In that time we'd been to Utah and back. We'd traveled through five states twice. So much has happened since I've last written. Life has moved significantly yet in many ways so much is the same only a little different.

We arrived at the woodland retreat to find several of our large trees on the ground, their bones accentuated by the trace of snow. The two biggest were somewhat expected. The first named the woodpecker tree with its fat deep round holes. The other was one of the Twins (one had fallen years ago) and it was a relief to see it lying on the ground, a giant of a poplar (or popal depending on who you ask) that for the thirteen year we've been here was dead and dry, home to sapsuckers (with their nest holes and feeding holes) and dinner-plate-size shelf fungi. Poplar are weedy and their limbs are spindly as they grow to towering thick trunks and frighteningly prone to twisting and curving. When they fall they could fall in any unpredictable direction, their weights changing distribution on their way down as each larger branch breaks away. They are being pulled around as the forces of gravity brings it to the ground. We had the best possible end for this tree. It was pushed towards the northeast and in a direction away from the trailer, the firepit area, the fairy houses, and the archery range that doubles as a tent site for guests. The wind used to whip that tree top into a frenzy, it swayed like a mother*~*%#! and was scary like the worst here in the woods. A big branch broke off this last summer so I knew it would be coming down soon because everything had shifted; the center of gravity had changed, it was only a matter of time. The situation could not have resulted any better than it did.

It has left me wondering. When did it happen? Did the ground rumble when both trees fell? Was the sound thunderous? Did the line holding the prayer flags break with an audible snap? Were there any creatures nearby? I know that it must have been a spectacular occurrence.

We now have lots of kindling. Later at night the poplar tree trunk glows white and a bit iridescent within the dark of the woods under totally cloudy skies. The moon is hidden from us on the eve of the solstice. The tree trunk seems to glow and I start to get scared again. Scared in the face of the sacred. Possibly in the face of the sacred fallen to the earth. That is how much this poplar tree trunk glows. Much later that night I remember the scarce snow outlining the poplar trunk.

There is no snow on the ground except for on those tree trunks. The ground is crunchy underfoot. I'm used the crunch of the snow but this is not like that familiar experience. This is the ground heaving up as it freezes and it is an unusual and odd occurrence to see this time of year. We've thrown river rock around the firepit and around the edges where the rock is sparse and mixed with the dirt it is as if the rock is suspended in ice while afloat above the ground. It is hard to describe and weird and crunchy. And it makes it kinda hard to walk around the woods. Over the solstice the weather is going to be in warm thirties but the earth still clings to the below freezing results of the last few days: cold frozen ground, iced over puddles, a chill in the wind. I find myself changing clothes again a few hours after sunset. Despite being near the end of December I am still in autumn mode.

Near the end of December. Wow. The last time I wrote here it was early October. All my writing stalled this fall. I journal sporadically. No blogging. Not too many photos.

I hear a screech owl for the first time that I can distinguish for what it is. It is scary too. The screech. But the sound mellows into long sultry hoots. There are owls on these woods. Since we've never heard a screech owl here before we begin to speculate that it was the screech from a small animal as it was gripped by the lethal talons of an owl.

Here's another first: I realized with a strange startle that our time spent sitting in front of the fire, often for hours, that these very hours are a form of meditation. That is the major reason why I need this retreat, this departure from the city. 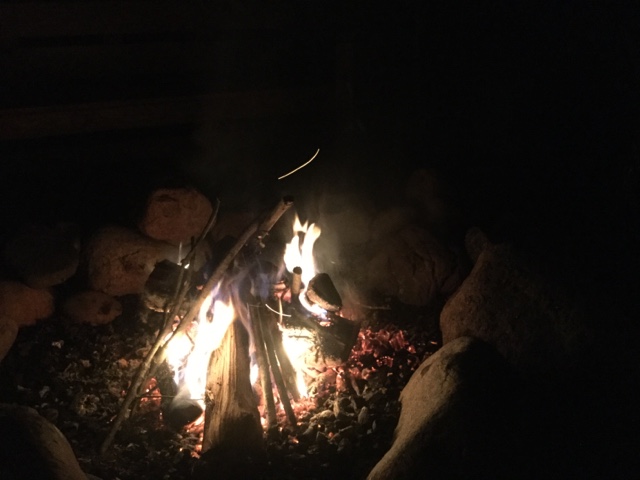 I recently heard about this idea of being darkness deprived. This made me wonder about the time we spend in the woods. In the dark away from the city we can observe the movement of the stars. I hear that watching the stars for a whole night brings about the sensations of hanging off the planet, getting the sense of hanging upside down.

I've never done that and I would like to. I think about this as the day of the solstice winds to an end. 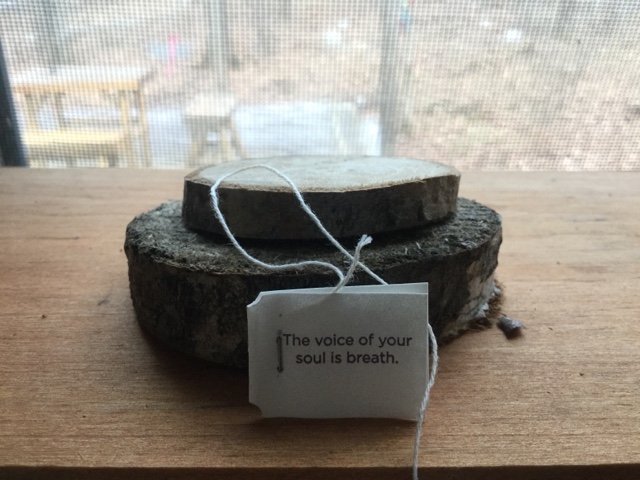 We spend more time in the town near our woodland property. It has a very satisfying Mexican restaurant. All of us are pleased when eating there. The margaritas are a nice treat as well. We go for ice cream, sometimes pizza, groceries of course. Today was all about the cranberries from the grocery store. I strung them with the intention of hanging them on a nearby pine tree, a new solstice ritual I thought. But as the daylight faded away I remembered standing on the same spot this summer, bathed in daylight. I felt strange in the dark illuminated by the citronella torches. The other two had just returned from a wander in the woods. I wish I had gone. They found and climbed a deer stand. A great view was all I heard. The sound of it reverberating within my head with regret. We never got around to the cranberries. It can wait until tomorrow.

My dread of washing the dishes in this twenty degree weather creeps in but subsides with the thought of a warm respite while putting the kid to sleep. When I finally return to the dishes drying on the wooden rack outside I find slim slivers of ice on them, the utensils have all but frozen together. There is ice forming on the dishwater still in the little tub.

Country Dave, DJ from WOJB radio out of the nearby town of Reserve, Lac Coutes Orielles, announces that we have reached our forecasted low of 24 degrees. Which means it could get colder. This time in the cold makes me feel hardy when I return to the city. Hardy is a good feeling to cultivate when living In the US North. I drink tea. With a little whiskey on the side. Some water and then more tea. Lemon zinger. Echinacea immune support. Sleepy time vanilla. I let the tea bags collect as I make each new thermos. The mingled flavored intensify through the cold night and warms my body hardy enough for 24 degrees in the woods. Solstice. In the woods.

The clouds thin for just a moment letting the moon shine through. The brevity of the moonlight moment makes it seem ghostly. Her whispy appearance feels like a blessing after so many weeks of clouds and gloom. Solstice in the woods. 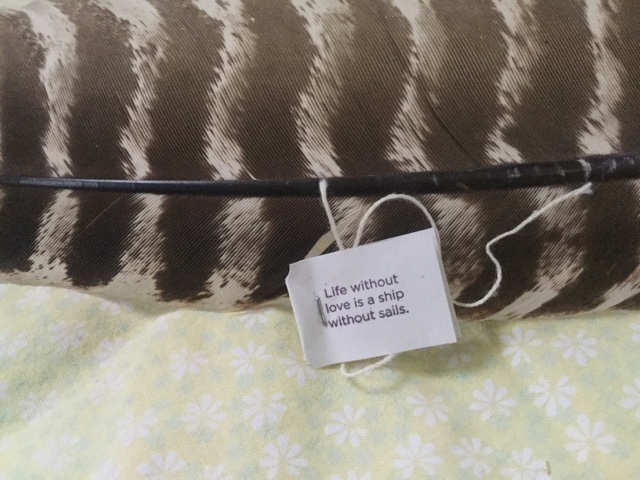 The snow has come and transformed the landscape overnight. Not a lot of snow, less than inch. Enough to see the tracks of animals that walked on our property during the six hours I slept. And enough to complicate the day. No snow pants for the girl, no snow boots for me.


There is the possibility that we will return to the city a day early. We end up with the plan to stay another night. I take a nap. Can't remember the last time I did that.

The plan involves heading to the larger town just thirty minutes away (we think) from us to see the new Star Wars movie. Turned out to be forty five minutes and it was better than I could have imagined. The experience and the movie. I kept looking over at Dave sharing a smile over our daughter's head, another sort of dream come true. I didn't look over though when I was crying because yes I did cry while watching the new Star Wars. 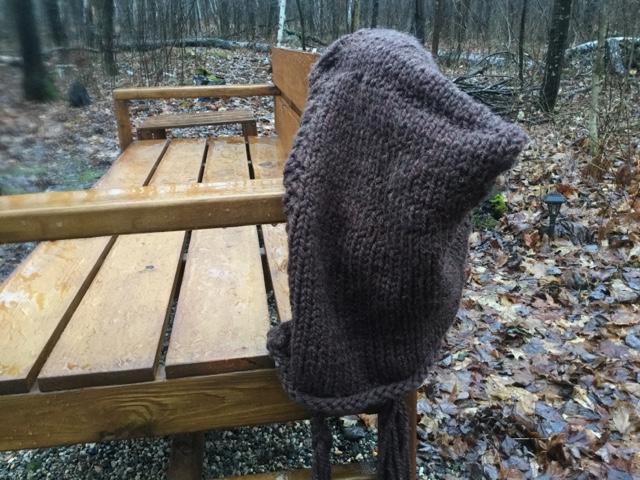 The wind picks up while we are at the movies. The temps are just one degree above freezing but the wind makes it feel chilling to the bone. I'm in three layers but without the right boots. The big wool hood I knit for myself last summer helps me push the time further. The expected return to the city keeps me outside in this frigid cold. The hood has a heavy drape and curves around my face keeping my cheeks from being exposed to the wind. Big win. When the wind dies down the hood is too warm. Tea saves my cold ass again. 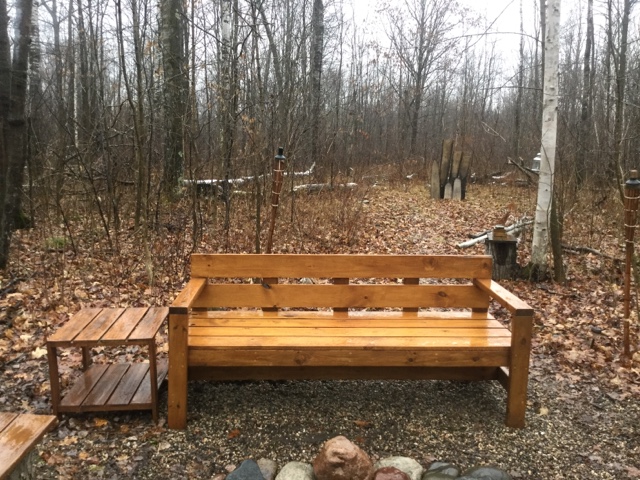 Our final morning begins with rain. Such an odd wintry mix of weather. We will try to get home before the rain turns to snow. 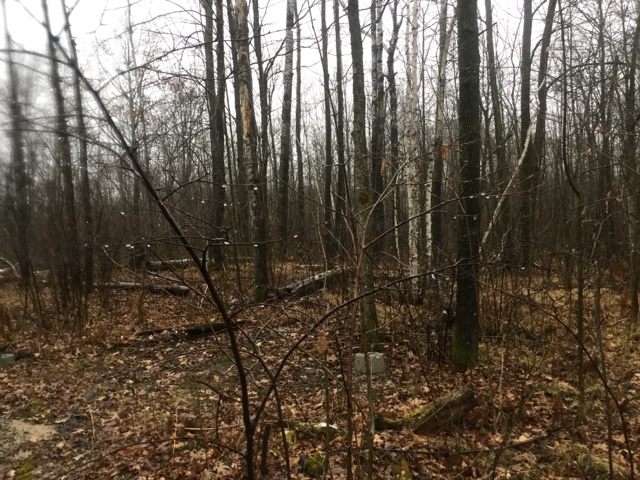 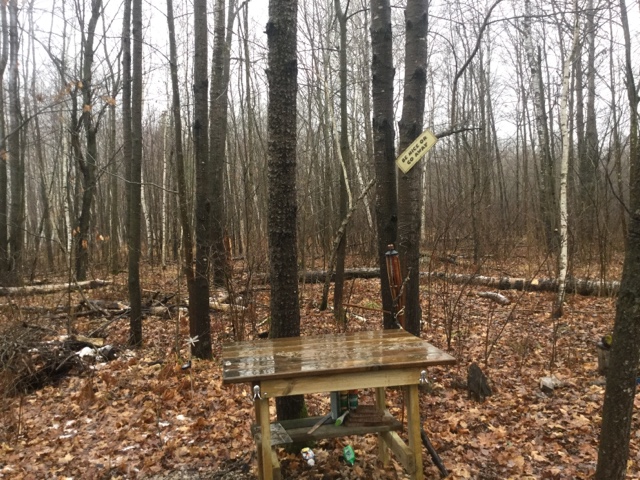 I've been super excited about the girl's artwork.The presents this year are all about art. 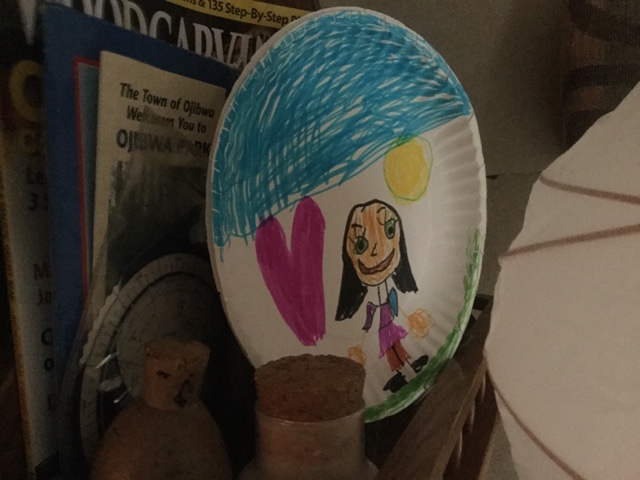 We hit the snow line on our way home but there was nearly none in the city. Just a slopfest that turned to ice over night. We need to take care of that before the snow hits or else it will be icy the whole entire winter. 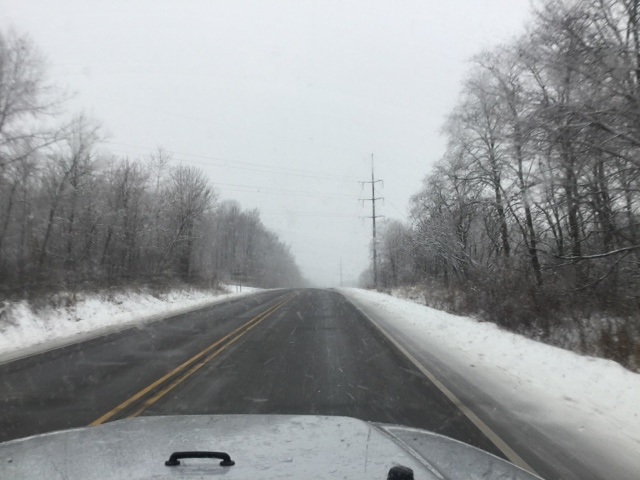 The year is ending how it should. At least in terms of the weather. The Solstice is just the beginning of winter break for us. Nearly two weeks to go before the hustle and bustle of the new years begins. I feel desperate to bring everything to a finish while giving thanks for all that is good. But I also have to come to grips with the challenging aspects of 2015 so as to repeat the lessons I apparently need to learn. I get the feeling that I should write about it to let it out and maybe that is exactly what I will do. But not today.

Today is about family and celebration and gratitude and self-care.

I wish for goodness for anyone that may happen to read this. I hope your holidays are full of joy!