We found some unexpected happiness on Easter Sunday. A spontaneous visit from grandparents added to a few hours of dyeing eggs. We experimented, we laughed, we created something beautiful together. All healing for the grievous emotions felt at the funeral on the day before. It didn't matter that we were a bit late with the dyeing. It lent a fluid harmony to a day that needed joy. We loved. 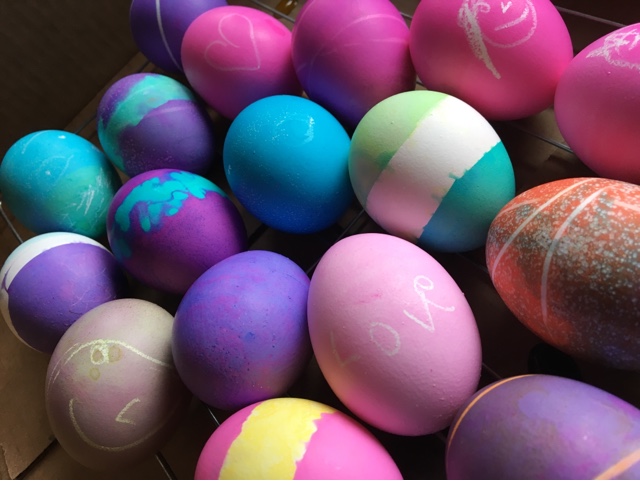 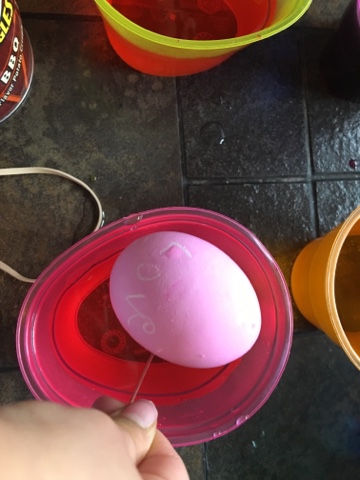 We know our dyed eggs are destined for the woods. A reversal of the city activities. These eggs are left out for the animals of the woods. Hours later after the eggs have disappeared, there is no sign of them. No shells lying around. No splatter of yolk. No bright spots within the grass or in the tree branches. It's also seems to bring some harmony to the woods. We offer eggs once a year and I can't help but speculate on the animals that had a taste. Was it shy deer, little ground squirrels, rambunctious raccoons, hungry bears, ducks, geese, chickens? Did the frogs get a taste? Did the coyote fight for a morsel? Doubtful. No shells to indicate a tussle.

Or was it squatch? Delicately picking the eggs from the forks of tree branches. If so, I hope she reads English and knows the symbol for our heart. 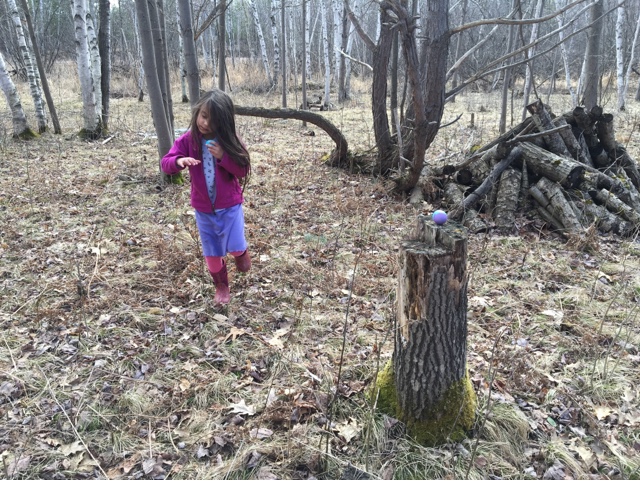 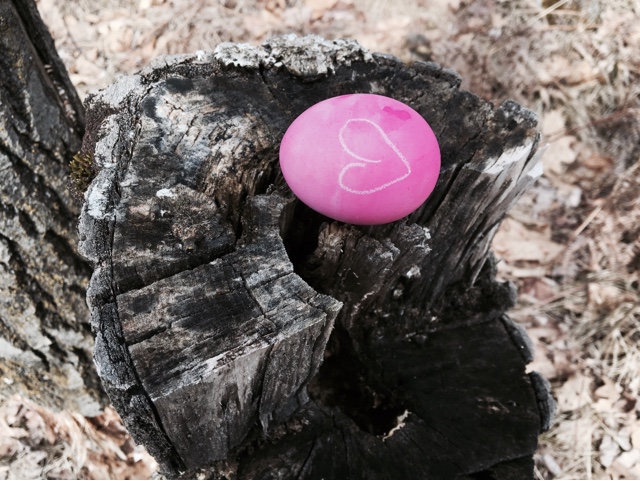 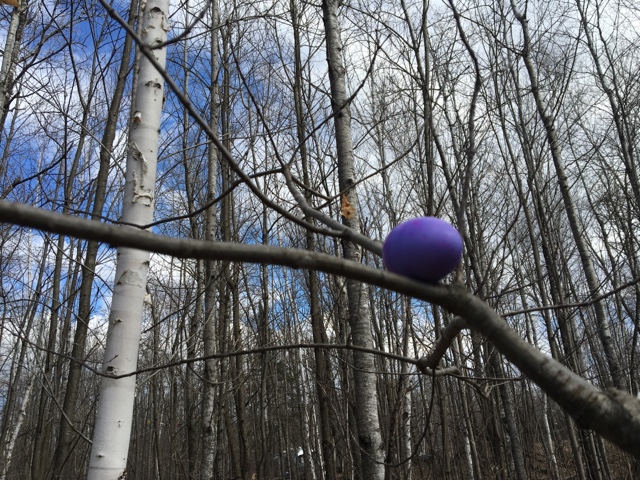 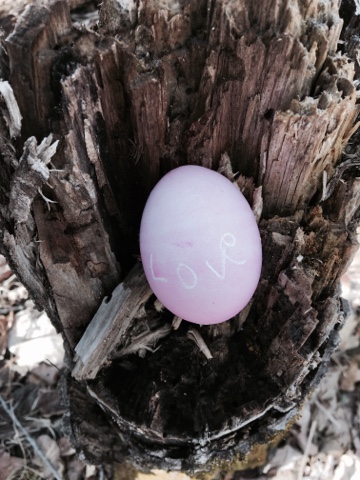 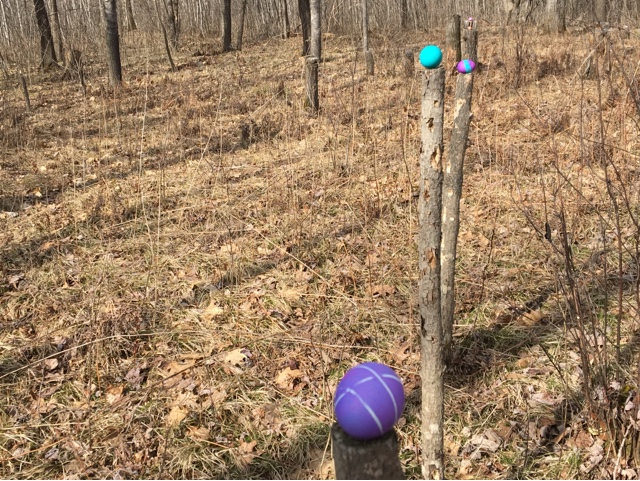 I don't know if squatch is out here in the woods. She could be. I think of how male deer shed their antlers every spring and yet, we never find them. And there are many, many deer in the area. So the lack of physical evidence does not belie the possibility of squatch. I am willing to accept that there might be somesquatch out there or there might not.

Soon enough I'm distracted by the fungi blooming out from the dead, decaying tree trunks. A fairy could climb them up to the sky, to the top for a good launch. 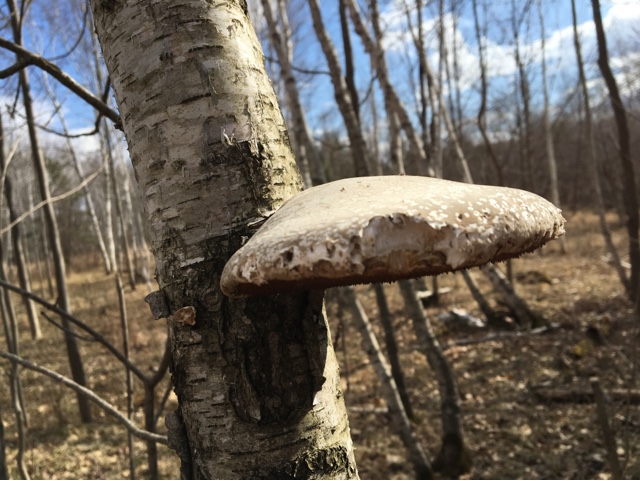 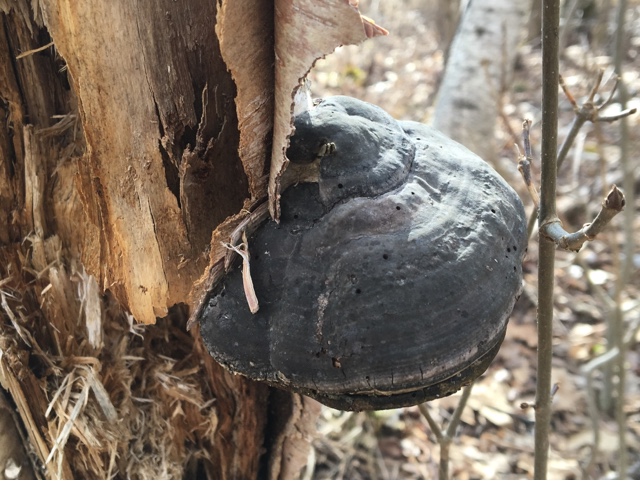 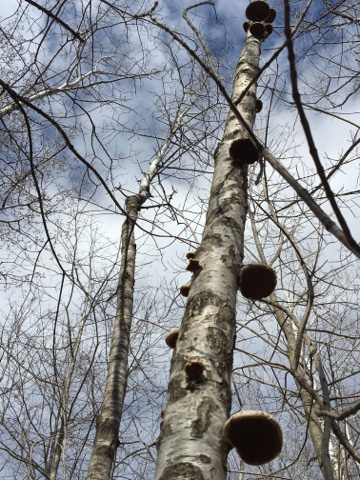 I love this time of year in the woods. The leaves are still buds so not hindering our view of the stars above. The toads are emerging, the migrating birds are gathering. Wood needs to be chopped but it not so urgent to have some piled up. The air temps are comfortable and light stays late into the evening. Life is grand for those few hours out in the woods. 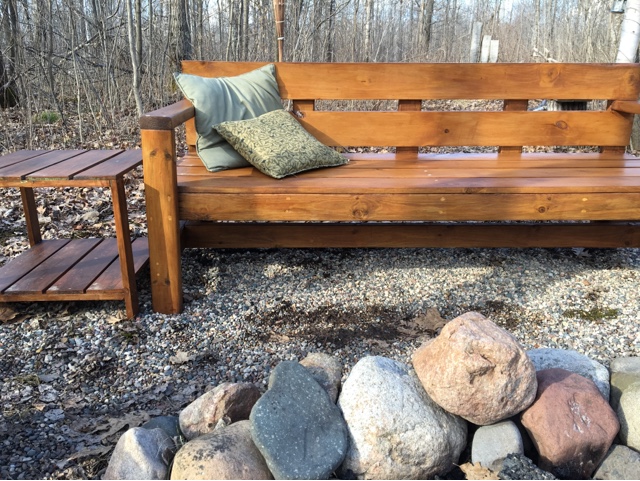 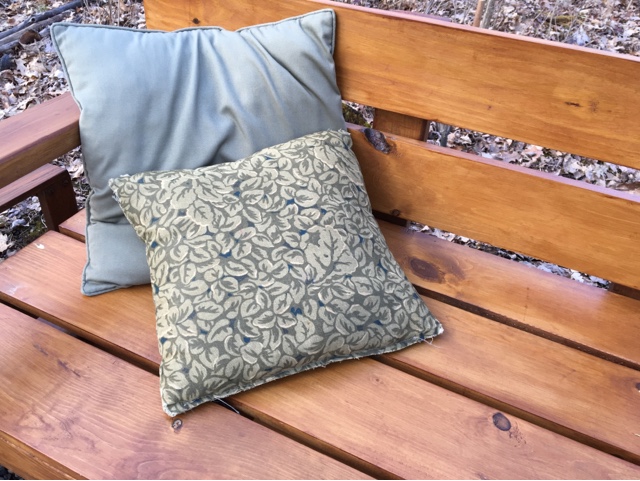 Late into the night, Dave starts with his squatch wood knocks. I fail to see the difference from the sound of my wood chopping. But as I am doing the chopping I also think that in a better world we would have been closer to Dave's nephew and he might have come out here to the woods, sat by the fire, perhaps with a few of his musician friends, drinking under the stars, making music. In a better world there are so many possible paths clear, yet all gone for good. Death is utterly uncompromising. 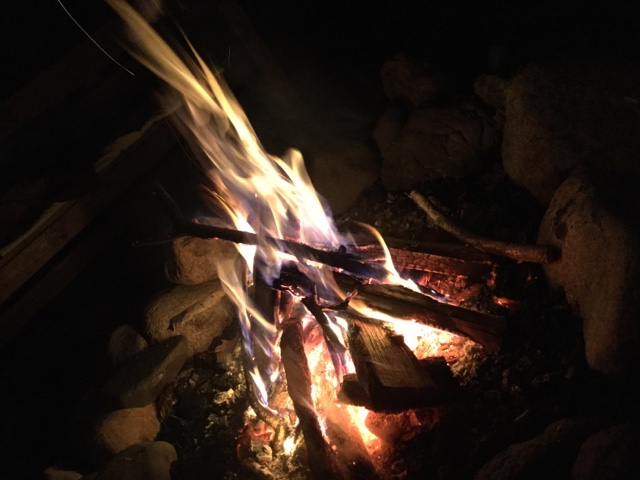 After the wood knock we hear honky geese, some wonky ducks, an OWL hoo-hootin, coyote, the waking warbles of a toad. There is piercing unknown high-pitched whistle from a ways away so not too alarming, just steady and incessant, could be bird, could be toad. Could be all around us in the surrounding spring wet lands.

I spotted a few star constellations tonight. The Big Dipper started pouring down the blessings at 11:30. 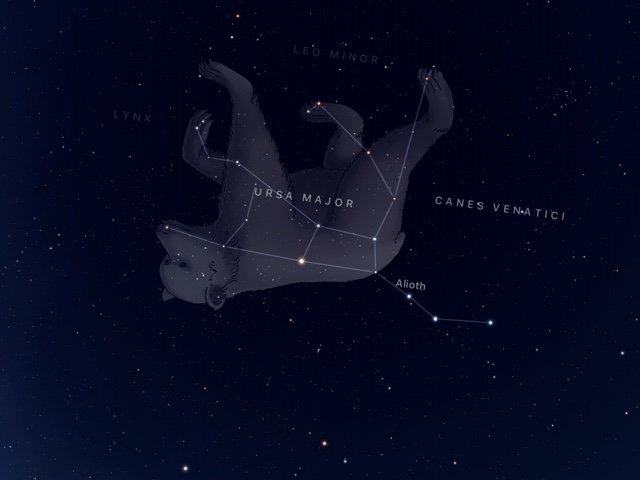 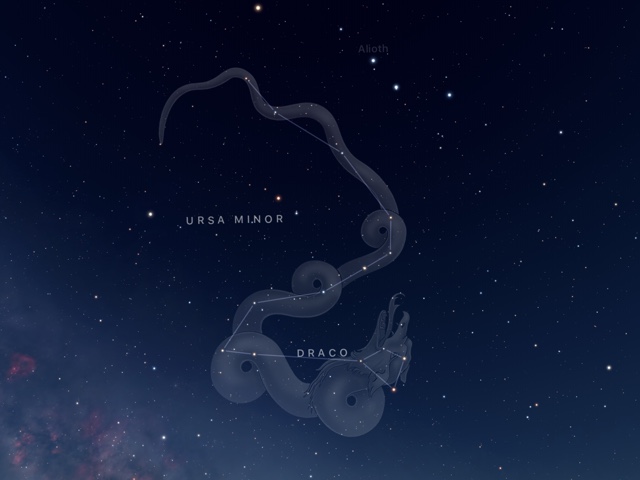 I thought I knew Draco but was put off by the twist of the form, the angle shift from how I studied it last summer. 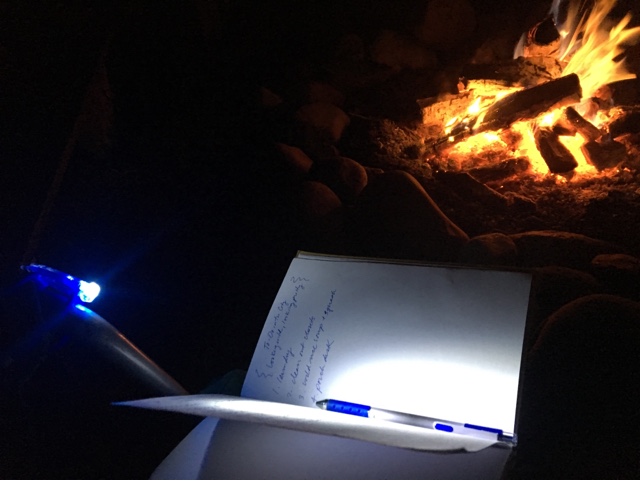 The next morning I see crows in the trees above the eggs. A horde, hover, muster, parcel of crows. There is at least a dozen. The murder of crows descend upon the eggs. The drama unfolds early morning in the woods. Do I know their sounds well enough to distinguish between a crow and a raven? I feel as if I should know this tiny thing. There are many and loud and flying in through the tree branches, all daring and graceful, squawky and calling for all to hear. Later we look for bits of shell and find very little. The eggs are gone, eaten presumably by the crows.

P.S. We have decided to more open and intentional about exploring the squatch. She could be out there, or not. In any case, this experiment makes out woodland observations sharper. At the very least, we hope to learn more about the activity in the woods around our Airstream retreat.