The Pear-Shaped Puffball is considered a choice edible. Dang! I wish I had know that when I first found these growing all over our wood-chopping area. I've watched similar ones growing on a healthy tree nearby. I'd watch each year as they grew out and eventually became one of those puffballs that released a cloud of spores into the air. They were fun to poke. I became less enamored with them as my daughter grew and got into the poking but with her little face a little too close to the cloud of spores. How do you explain "potential for respiratory illness" to a young child?

But this year while my eyes are become more seeing of that which I can eat in the region around me, I see these everywhere. For some it is a prized edible. For me, it is an opportunity that has gone by. I'll wait until next year because these are a little old now and when they get older, apparently they become more bitter. 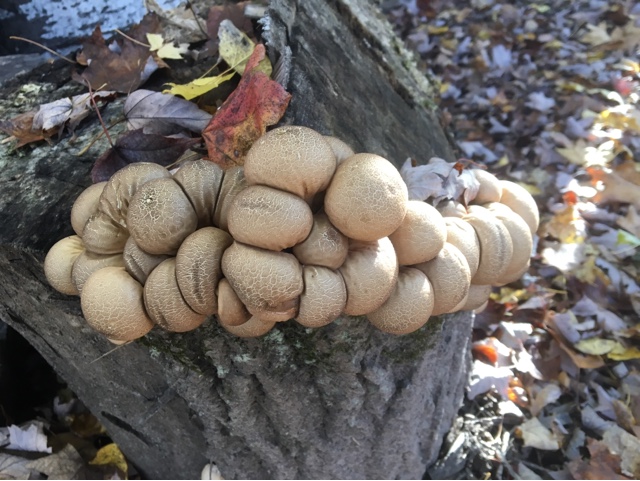 We've gotten into the habit of foraging for mushrooms then adding our finds to eggs the next morning. Unfortunately I found this Lions Mane a day too late. Not too late for cutting, just too late for our weekend morning eggs.

I had no idea how many edible mushroom there were in this region. While I've been moping over my lack of hen and chicken of the woods, I've been overlooking these other opportunities. I had other hangups too, but mostly it's a lot of whining and complaining about that which I cannot find.

And there it was hanging below a dead tree trunk that had fallen over on the slope that leads to the river Flambeau. All shaggy looking and apparently tasting of lobster. Lobster! Tonight I will slice it up and saute it in some butter. 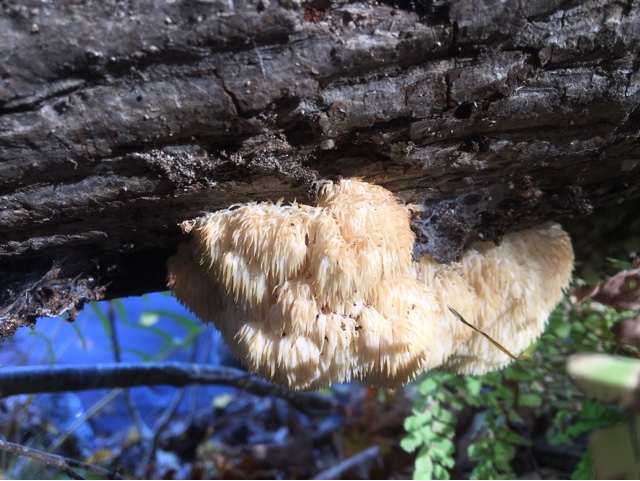 I've  had a lot of hangups about foraging for mushrooms. I was full of fear - fear of severe intestinal issues and fear of death by toxins. All very rational and necessary fears for the average mushroom forager. I believe there should be a bit of fear involved. But still, I had this desire deep within me to find sustenance on this land. I believed this could only happen by meeting a mentor, another person who could lead me by hand into the woods. I was wrong about that. I have found good resources and have met with several wonderful people who have encouraged me to try it out. And once I started, the mushrooms began to appear. Nearly everywhere! 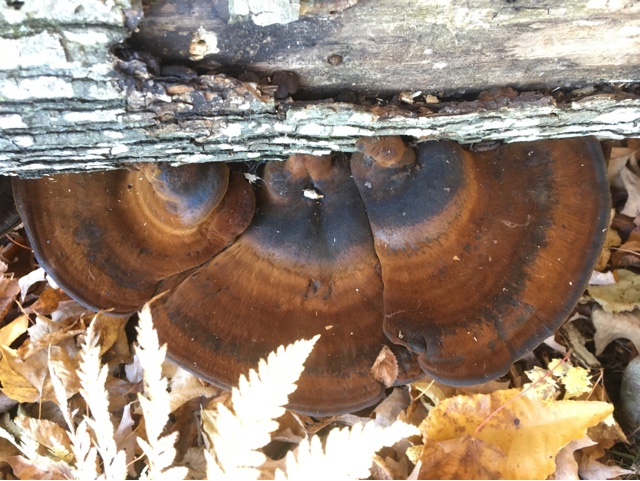 These are beautiful Dyer's Polypores which apparently can be used to dye wool an intense yellow or a bright green. I left those behind. But I'm sure that sometime this winter I will be dreaming about collecting these some day for some dying experiments.

Labels: foraging into the woods