It began this time last weekend when our woodland neighbor stopped by to show me a Hen of the Woods cluster the size of a beach ball.

A foraging frenzy took over my mind, my heart, my life.

A flood of Hen of the Woods entered my social media. "The largest I've ever found!" "I'll have to dehydrate all this because it's way more than what I can eat." Yah. Yah. I'll get there to the woods soon, I told myself. Still I scanned the sides of the city roads I took, especially the one alongside the cemetery with it is big old oaks. I watched intensely out the passenger window on our ride to the woodlands at sixty miles an hour.

My plan was to get out early. Which is what I did today. I got up and out early. And in the afternoon and for nearly the entire evening before the sun went down.

I must be the only forager in the Midwest that hasn't found Hen of the Woods. Maybe I'm not much of a forager yet.

But I do know this land better. 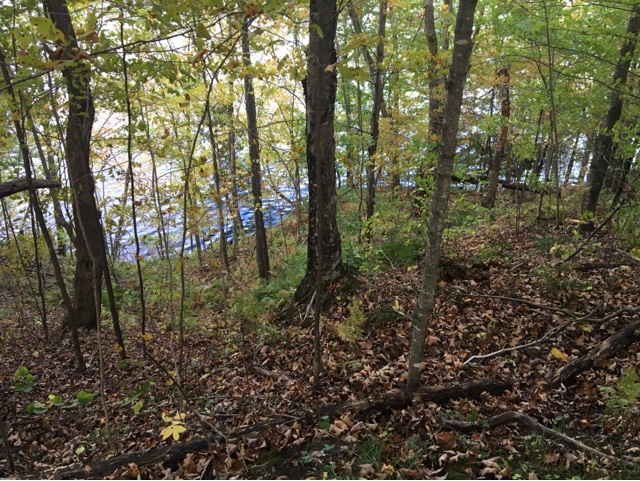 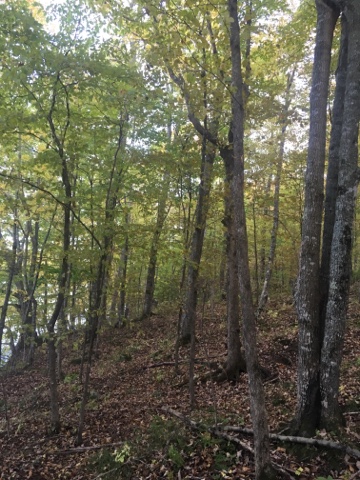 I walked for hours up and down this steep drop to the river while Big D and the little one fished. I poked each and every oak tree I passed. I found turkey feathers and hickory nuts. Polypores and other shelf fungi. My clothes picked up prickly seed passengers along the way.

I may not have found what I seeking but I did find this: 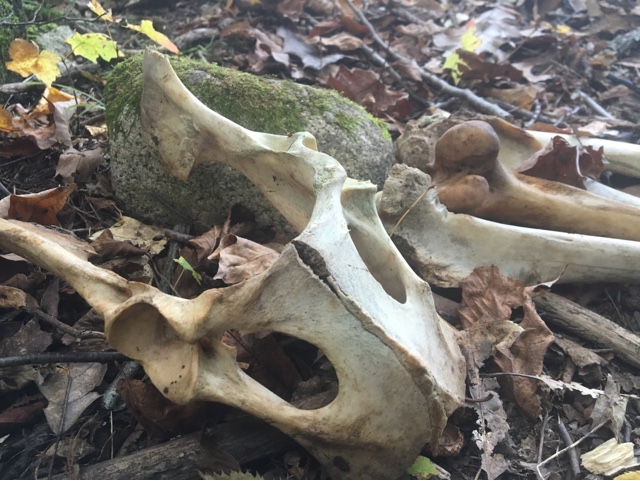 It could be the skeleton of a baby dragon. Or a deer. But I like to think of it as something more mythical. So let's go with baby dragon. We also found leg bones and a couple of ribs.

Which will last me much much longer than any mushroom.

Of course I found other mushrooms but mostly only the toxic kind. The fancy skirt underneath the cap of this beauty makes me think it is a destroying angel. 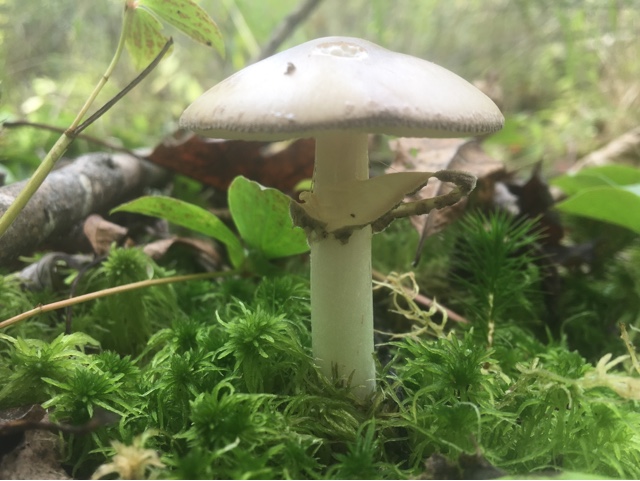 This one could possibly be an oyster. Then again it could be angel wings. Hmm. I'm finding a pattern in these autumn fungi. A lot of angelic mushrooms around that can cause gastrointestinal problems - far from heavenly. 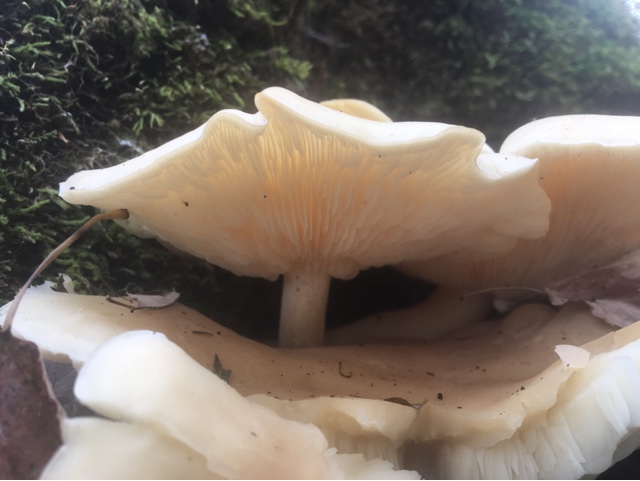 A lot of "could be" finds today. Could be Bricktops. I did a spore print on these which turned out to be the correct rusty purple. But I'm not ready yet to take the taste plunge. My goal is two positive identifications and consumptions this year. That seems about right for wild mushrooms and the inexperienced forager. I've found Chanterelles this year. Now I want some Hen of the Woods. See you next year Bricktops. 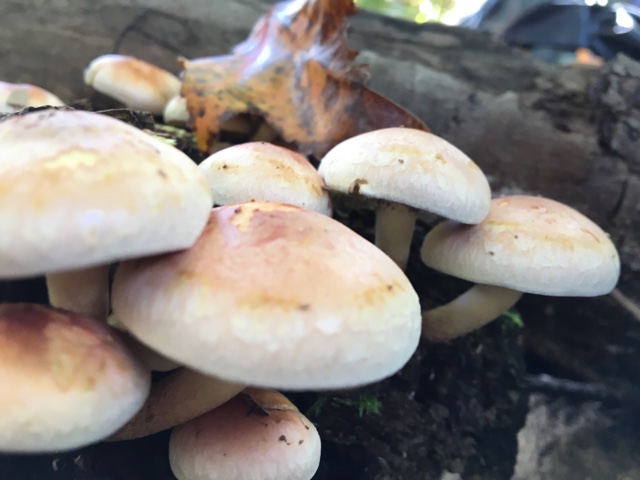 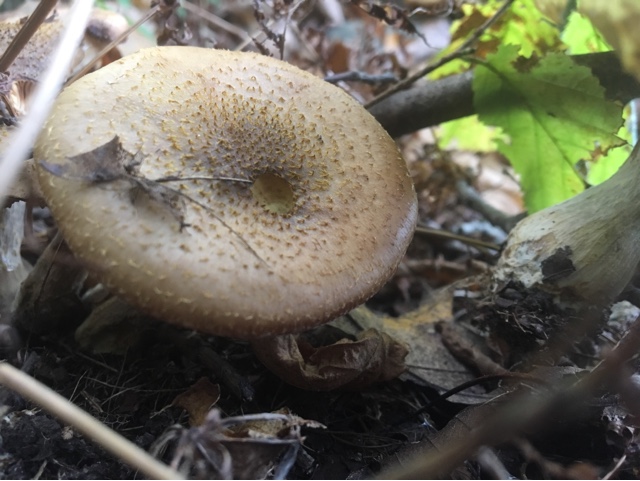 My basket may not have been as full as I hoped. It certainly had many unexpected surprises. 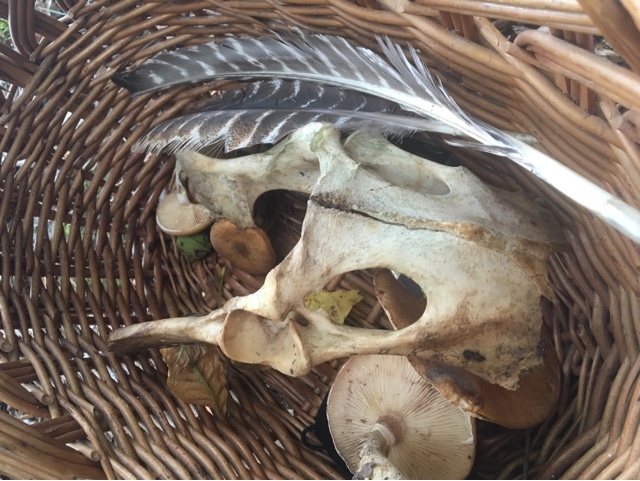 It was an interesting day and my ankles will ache tomorrow. But also it cooled my frenzied mind. And the family caught a fish. So all in all a good start to October.