Through Rain, Sleet, and Snow...

We left Minneapolis for our annual Thanksgiving trip up to the North Shore. I say "annual" but this is only the second time. I am certain that we will keep doing this trip every year. There is a great deal on the rooms and the rooms fit our style. This year at Bluefin Bay we got a condo with a bedroom in the back where the Baby Lotus Bud is fast asleep.

Last year we came up here for our Babymoon and this year, we are up here with our little Lotus Bud. Last year we went on a Jeep adventure and hiked up a mountain because the snow hadn't fallen yet. The weather was a bit drizzly and foggy, but that didn't stop us. In fact, it was the sort of day we enjoy.

This year it's going be different. Much different. There is already snow on the ground and it's supposed to continue snowing for the next three days! We are right on Lake Superior and hopefully the Gales of November will make those waves crash hard and loud!

Do you know what the really great thing about this year is?

I GET TO DRINK BEER! Fat Tie Amber Ale is my beer of choice these days.

We left the City in freezing rain. Do you ever watch the Deadliest Catch? Ever watch one of those episode where the ships get caked in ice? That's what the Jeep was like on our way up to Duluth. We had to stop and bust the ice off the windshield and wipers. It looked wicked cool.

Things got better as we got closer to Duluth. The rain had ended, the sleet stopped and all the precip turned to snow. Snow is drivable. Freezing rain and sleet - not so much.

Everyone talks about Betty's Pies, but we had never stopped there except the one time we picked up pasties (to-go). Which is pronounced pass-tees, not pay-sties (like the things some dancers attach to their nipples). Which, but the way, were frozen, which I didn't realize until I bit into one. Doh!

Anyway, so the Lotus Bud needed a break and we needed a break from the white-knuckle driving and the clenching of the grip on the side roll bar and gasping on my part. 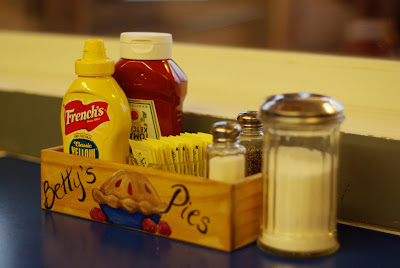 Have you heard of Betty's Pies? Does this entice you to make the trek up to Minnesota's North Shore to get some pie? 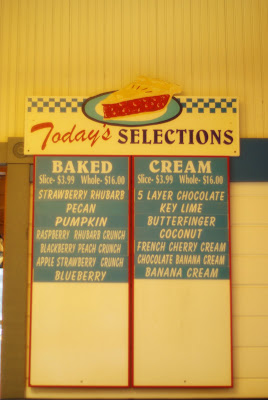 Apparently the 5 Layer Chocolate is the most popular. The server said that for her today's favorite was Apple Strawberry Crunch. They make them fresh daily and big chunky, fresh fruit go into them. I was a grouch though. I wanted the coconut cream and since I can't have the coconut cream (I can't have any dairy while breastfeeding Lotus Bud), I wasn't going to have any dang pie. So, in other words, we went to Betty's Pies but had no pie. It's 9:30 and I'm sitting here regretting it.

The Lotus Bud enjoyed it because she got some applesauce, on the house (but also because they sort of misplaced our order of fish and chips, and a burger). She was like "oh sweet, applesauce when I'm not expecting it!" And I was like "Oh sweet, the more food she has, the more likely it is that she will nap for the last hour of our trip"! 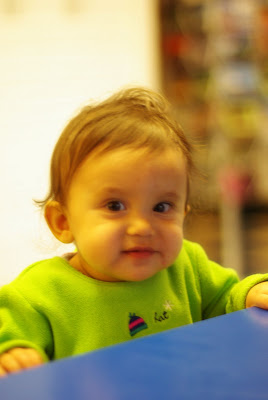 OK, ready for some snowy shots? 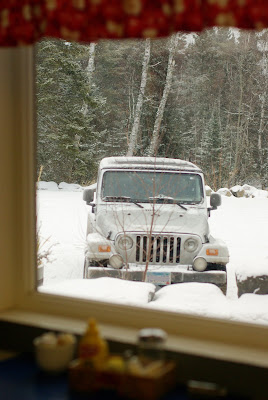 The highway so pretty with the pine trees and the drifting snow. 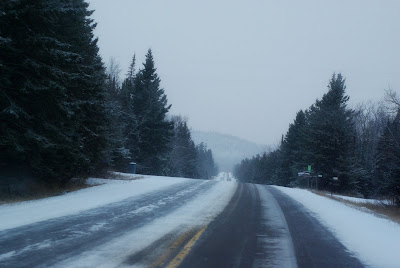 The tunnel built right into the rock. I suppose that's what tunnels do. 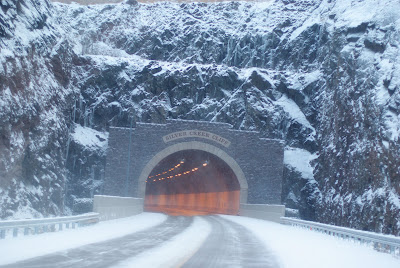 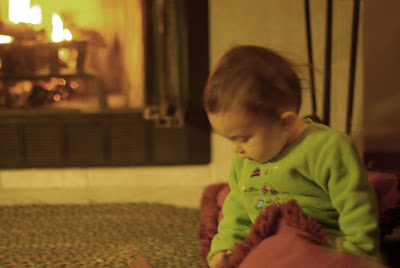 And Lotus Bud was all cute and happy in front of the fire. She didn't really know what to make of the big jacuzzi tub where she had a bath. That's OK. WE know what to do with it! (Hint, hint. Wink, wink.) 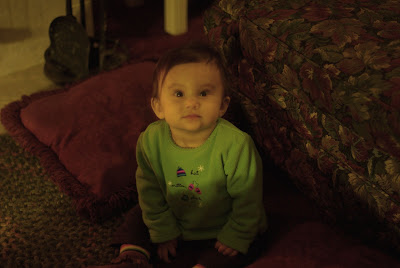 So, here's what I really like about this resort - the kitchen! I'm a gonna cook Thanksgiving dinner in that kitchen. And the cranberry sauce will get made. I'll just have to pick up some more maple syrup - thankfully places around here tap their maples in the spring. 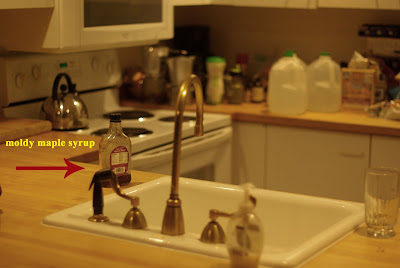 Here's what I love about this kitchen. 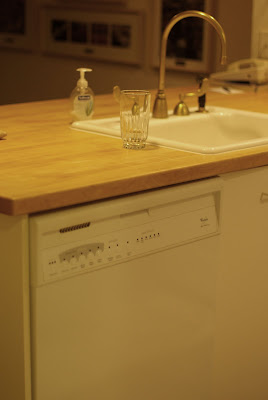 The dishwasher! We don't have one down in the City. I am the dishwasher. I really feel like I'm on vacation now. 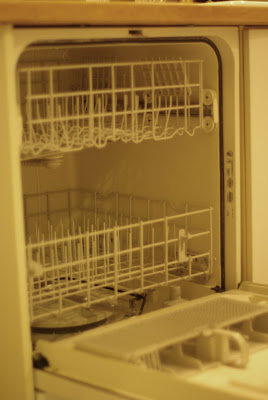 Well, who's knows what we'll do while we're here. We could check out the snow shoes and walk the rivers (there several in the areas) if the snow gets too deep. Or we might just get snowed in. If that happens, I'm prepared to knit.

Whatever it is, I know it's going to be good!
Labels: Jeep Adventures minnesota