It's a new month and we here in Minnesota are facing another round of snow and cold weather.  It's like a great big April Fool's joke and I tell ya, I'm not happy about it.  So I turn to photos from New Orleans as solace for my poor, shivering heart. 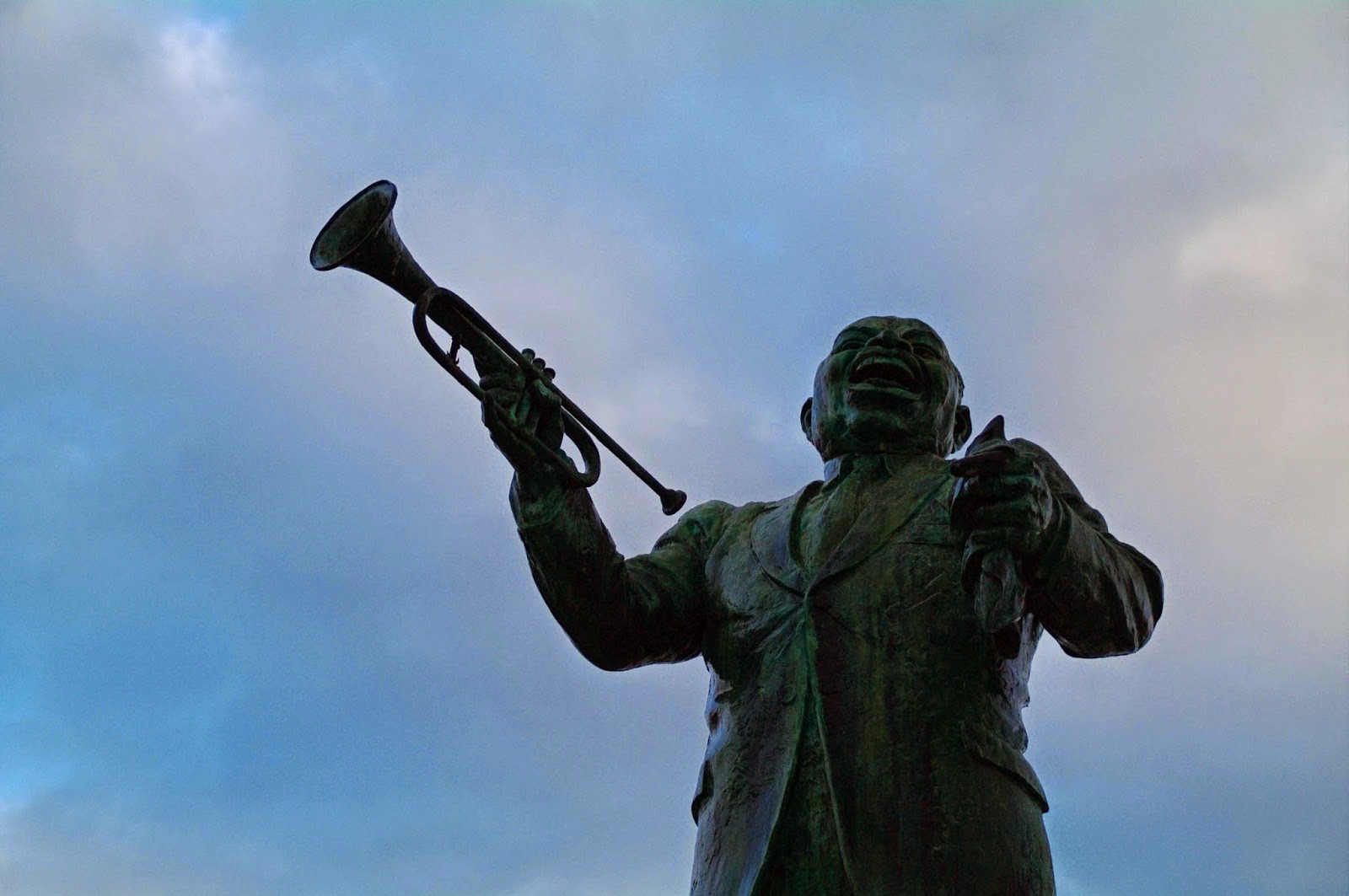 I have many great memories from our New Orleans vacation but one of my favorites was the trip over to Algiers Point. After having a fabulous brunch on our anniversary, we decided we were off the hook from a fancy-fancy dinner and so we made our way to the ferry. A local had told us about some apparently awesome french onion soup and since ferries are my favorite mode of transportation, I had no doubt that we were both in for a treat. Louis Armstrong's face above was about as jubilant as I feeling. 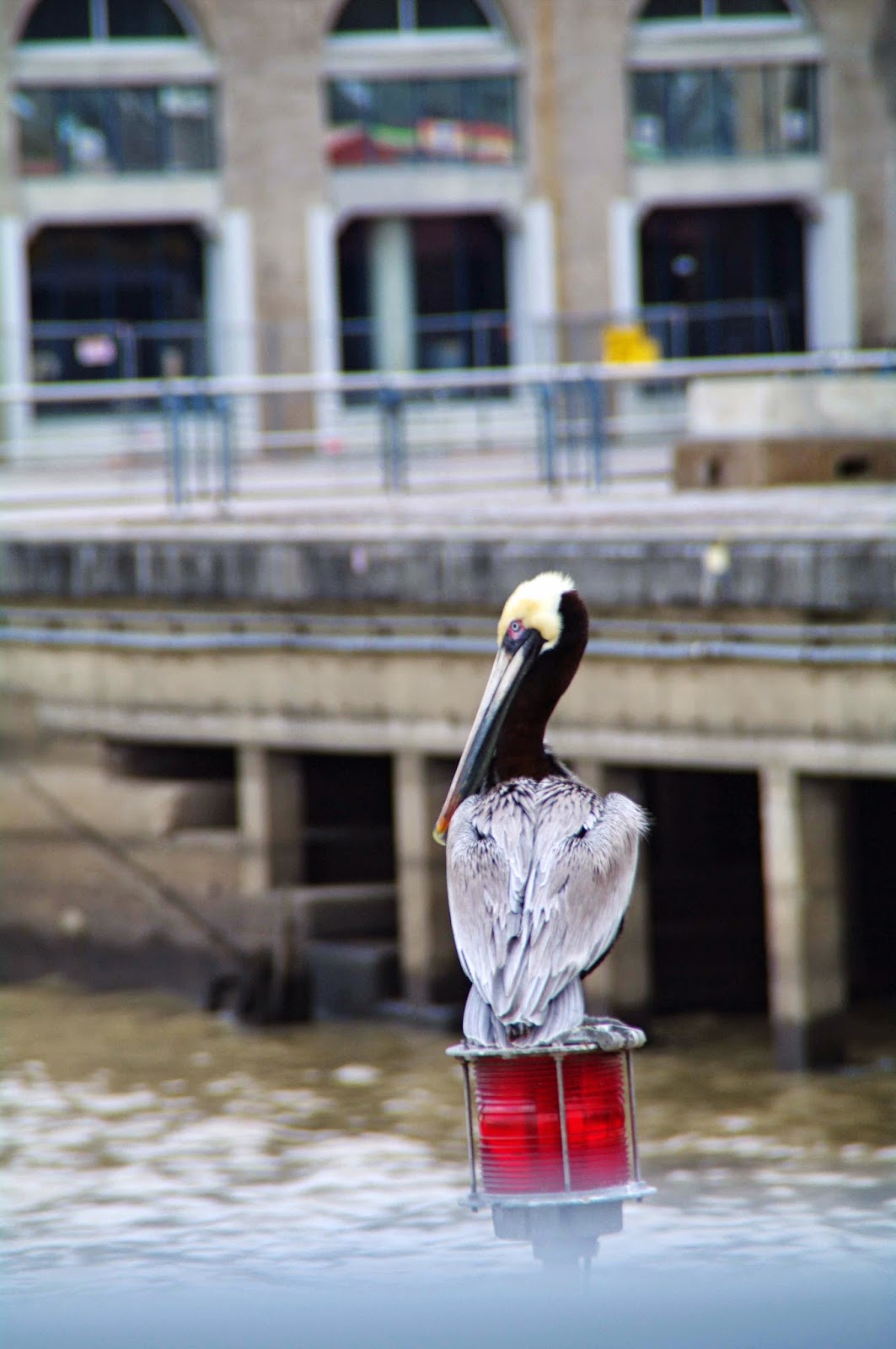 The ferry ride is free for pedestrians and runs pretty frequently, although it does stop fairly early in the evening so be warned if you happen to venture over for late night drinks. 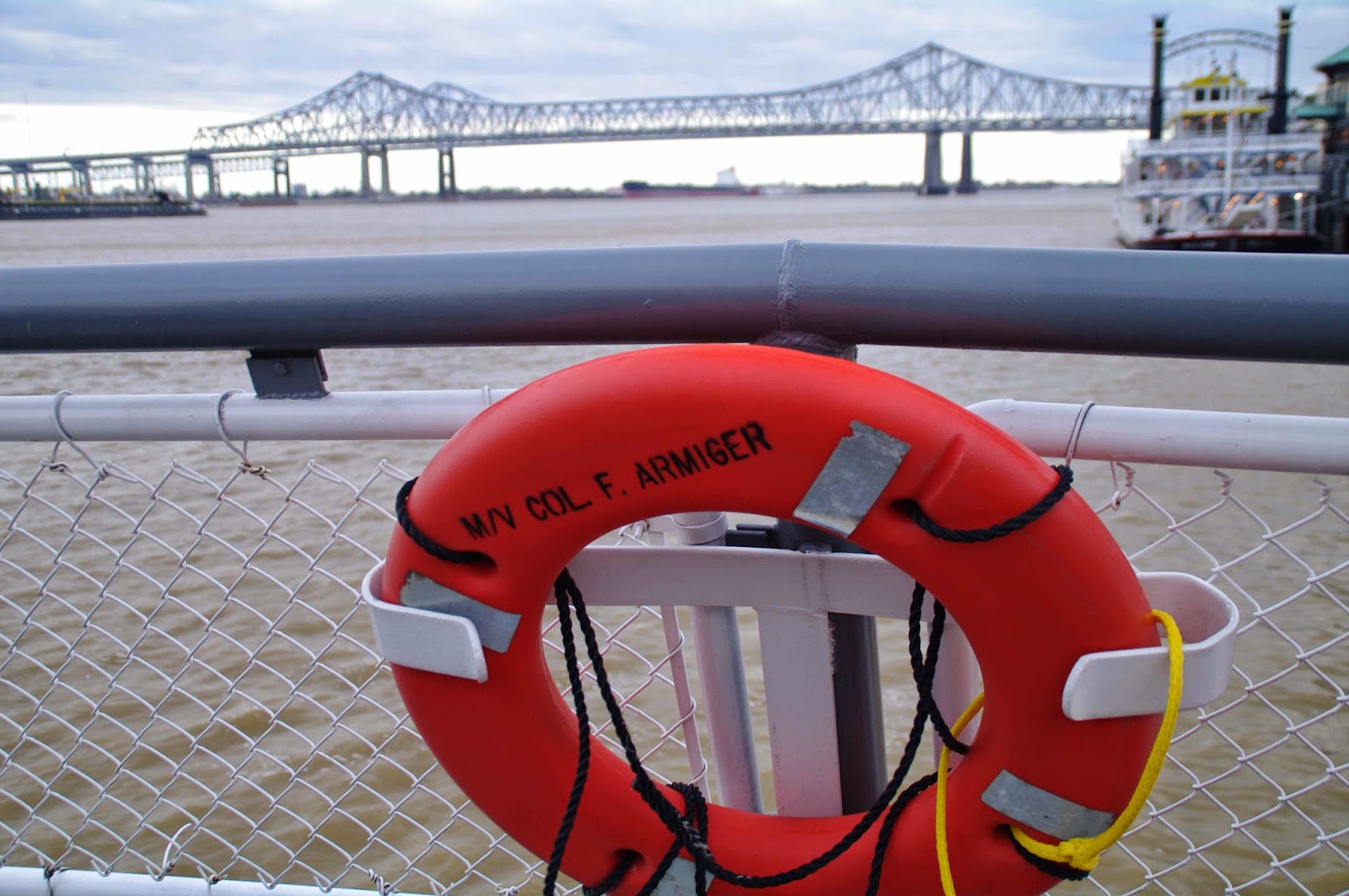 The ride was really short, too short, and it was windy and a bit chilly but heck if I was going to sit on the inside.  Instead I just cuddled closer to this fella. 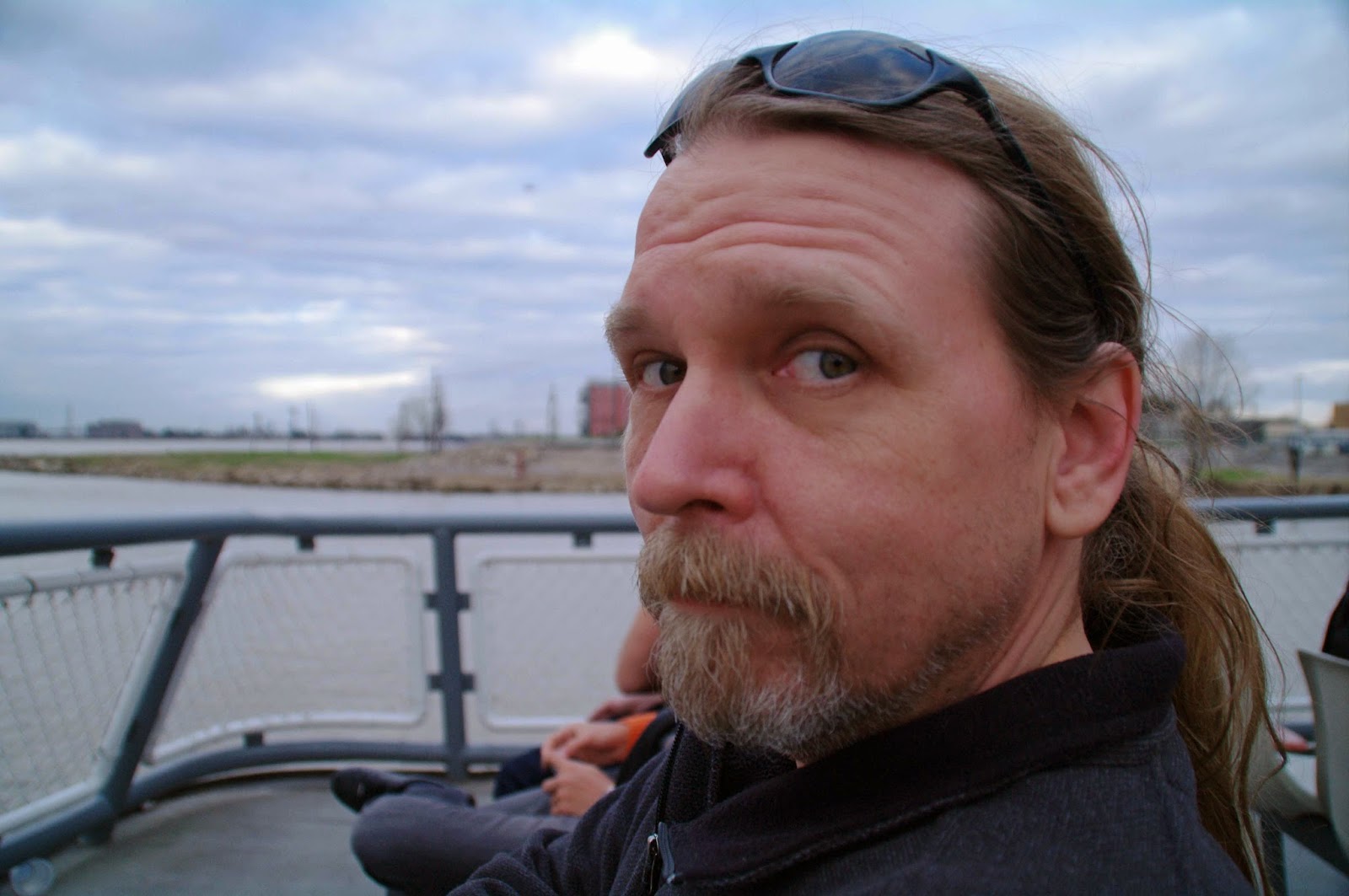 We went to the Dry Dock Cafe for the soup and ended up staying for a po-boy dinner, savoring the scent of the river and reveling in the fact that we were married for twenty years. We actually didn't venture too far from where the ferry docks to get to the restaurant but we lingered on our way there and back, the perfect pace for our long-belated honeymoon. 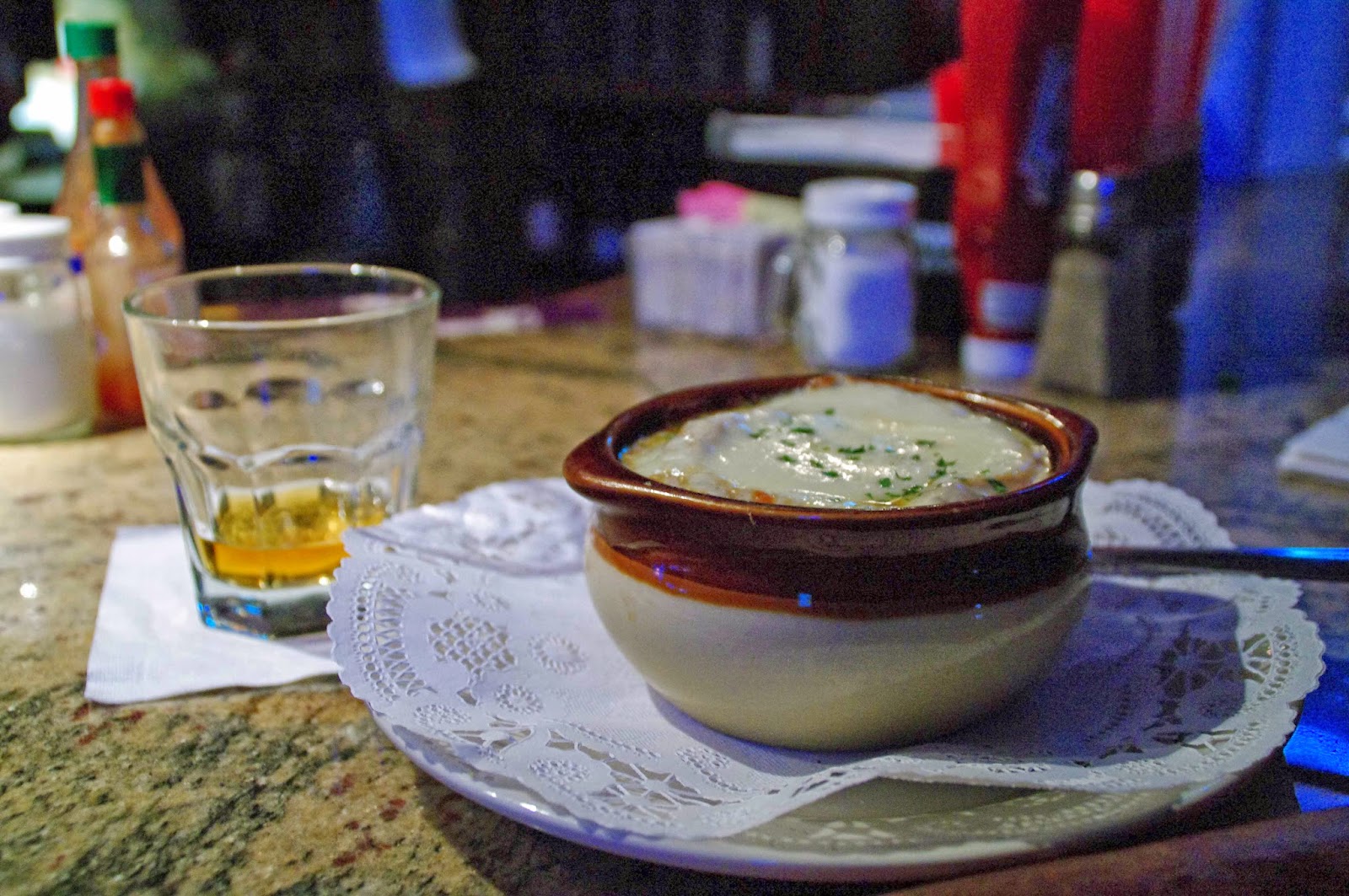 It was dark by the time we were finished eating and we were uncertain about when the last ferry was leaving so we made our way back to the dock (we boarded the last one of the night).  The length of these loading areas gave me the sense that usually there are a ton of people waiting to get on the ferry.  I imagine that probably happens during regular work hours.  Can you imagine?  I would love it if a ferry was my regular transit way to work. 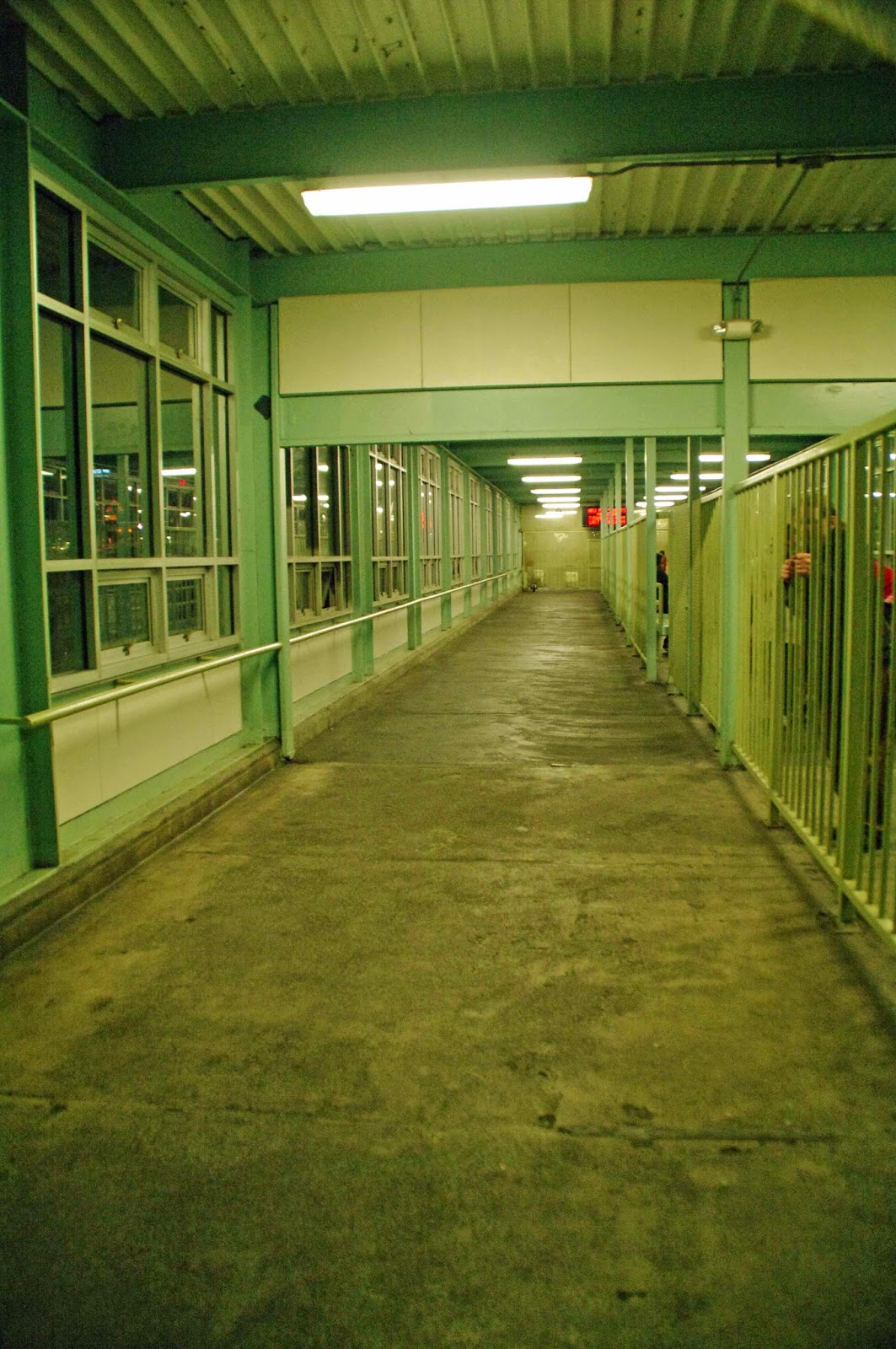 A full moon was out on our trip back across the river and so we decided to do an impromptu ritual/prayer under the moonlight and on the water.  The rose I had received earlier was used as our offering in exchange for further blessings. 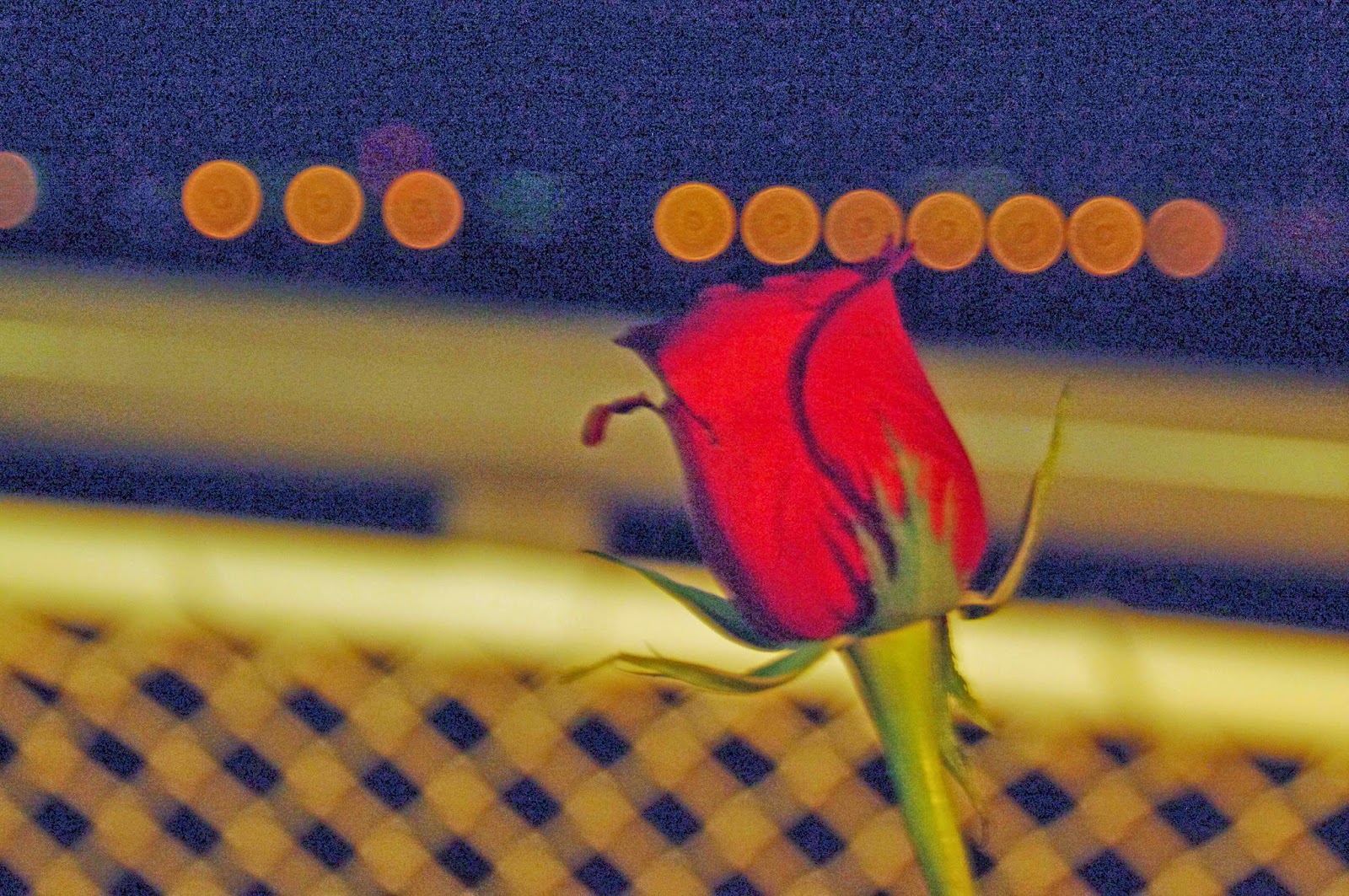 The fact that the trip was free was definitely a bonus but I would have done it even we had to pay.  I will do just about anything to get more time on the river and to have more reasons to snuggle.  The waiting time, the short ride, the time spent holding hands, the stroll to the restaurant - all of it was the perfect way to end the night.  But the best thing is that we were in New Orleans so that means that our night was just about to begin!